It’s painful to admit you’ve been taken, by presidents on down. 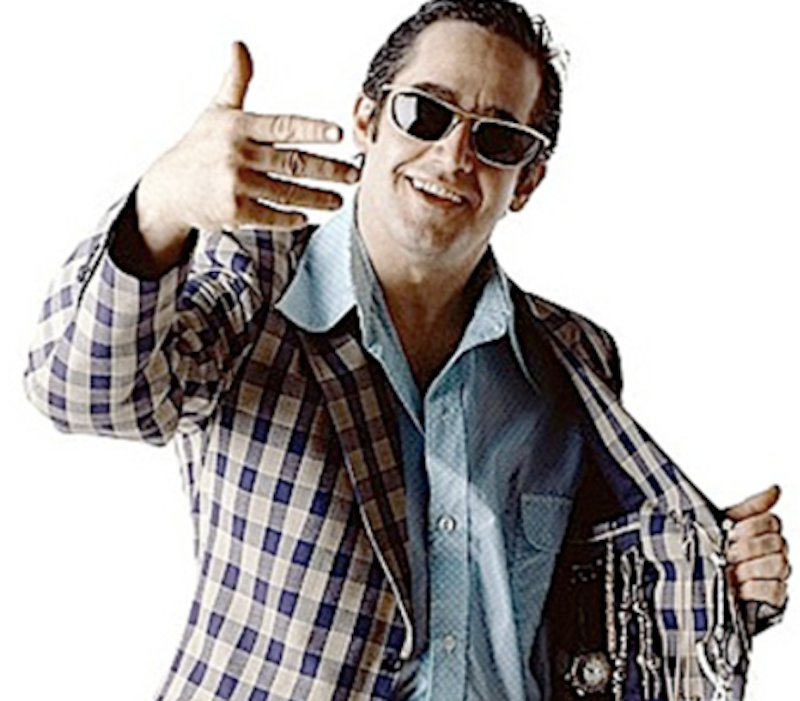 A couple of decades ago, there was a knock on the door of my third-floor apartment in an Upper West Side townhouse. Opening it, I encountered a skinny guy, around 20, who said he was staying downstairs in the apartment of my landlady, a friend of mine to whom he referred respectfully by surname prefaced with “Mrs.” He spoke fast, had gotten locked out of her apartment, needed a small cash loan to pay a car service or something; he’d tested HIV-positive, now might have full-blown AIDS, he said with rising panic. I gave him $20, feeling smug at assisting this hapless stranger, and wrote down the phone number he offered; he rushed off.

A minute or two later, my suspicion stirring, I dialed the number; it was non-working. My landlady and I later pieced together that this guy had gotten both our last names from the townhouse’s intercom directory and bluffed his way into the locked building by telling her he knew me. We both felt stupid. Also perplexed: was this something he did all day, bamboozling duos of townhouse residents one after another, for small gains each time? But it had worked.

We live in an era of pervasive scams. Phone calls, emails and text messages offer urgent tech support to remedy undetected computer viruses; warn of impending action by law enforcement or creditors; tell you to click here or your package will be returned to its sender; announce your legal eligibility for previously unknown funds or real estate parcels; or otherwise play on your fears and hopes to elicit a response that short-circuits rational analysis. On social media, you can argue about things that never happened, with people who don’t exist.

Donald Trump has been the perfect president for this age, a career con artist and deadbeat, whose talents for self-aggrandizing publicity and shadowy financial manipulation have enabled him to escalate his scamming onto a world-historical stage. In this, he was vastly aided by the intellectual and ethical deterioration of the Republican Party and conservative movement, decay that both preceded and was accelerated by his career as a right-wing politician.

A major advantage that con artists have in their depredations is their victims’ reluctance to admit they’ve been scammed, to others or themselves. Even now, long after I was hoodwinked in Manhattan, I recall it with embarrassment, making sure people see I was only taken for a small sum, fooled for a limited time. The New York Times’ revelations about Trump’s taxes—his extreme deductions, massive losses, looming debts to entities unknown—may dent Trump’s support, being contrary to its founding myths of a patriotic, successful businessman. But it can also lead to doubling down, as with professed admiration of his tax avoidance acumen.

Among Trump voters, there are many who recognize his dishonesty but see greater purposes at stake: conservative judges, low taxes, limited government, party loyalty, defiance of the “woke” left. Such supporters might shrug off further evidence of his con artistry as a distraction from their priorities. But separating the corrupt president from his party and movement is not so straightforward. Undermining the rule of law is a high price to pay for a conservative judiciary. Massive deficits are a steep cost of tax cuts. Limited government has gone by the wayside, with intervention taking on an extortionist quality. Party loyalty, as such, makes no sense when the party shows incapacity for independence from the president, even disclaiming having a platform stating positions that might not mirror his agenda. As for the left, as long as it can point to Trump as its nemesis, it’ll gain adherents who wouldn’t gravitate there otherwise.

I recently read Michael Cohen’s Disloyal: The True Story of the Former Personal Attorney to President Donald J. Trump. It’s worth reading, with many telling anecdotes. Trump’s onetime “fixer” clearly has genuine regret about that role, particularly regarding its impact on Cohen’s family. Then again, Cohen’s penitence came only after he was caught and prosecuted. I read with a guarded attitude: What might he not be telling us? If there’s any substantial deception in Cohen’s confessional, I just don’t want to fall for it.