It’s Heating Up Out There, Kids

On the podcasts and in the streets, things have taken a turn for the worse. 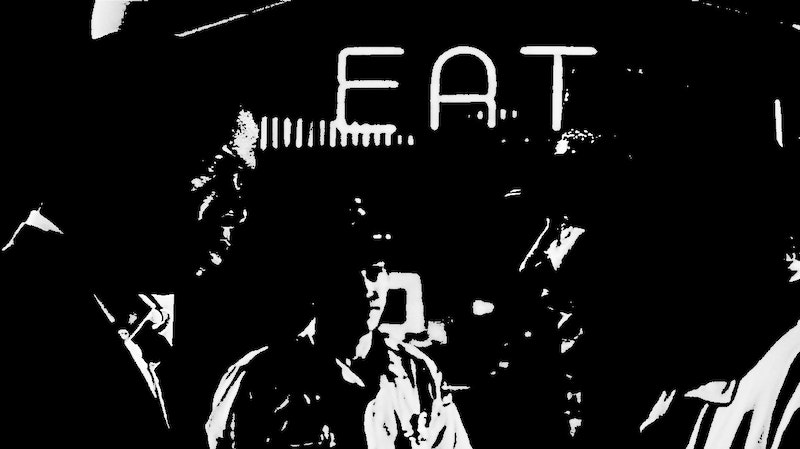 “A tie, huh? That’s like kissing your sister!” joked the color commentator.

The play-by-play man, sensing an impending cancellation, quickly clarified his partner’s statement: “Which is only okay if you’re subscribed to her OnlyFans or tipping her on the Spendmo cash app, kids!”

“Never played a tie game in my life, fireballer,” bellowed gridiron great and noted man’s man “Herc” Broadsides as he chugged Dead Heat draft beer from a hole he’d poked in the side of the aluminum can. “I’d have sooner died than tied a ball game.”

Broadsides sized up the diminutive Chmura, who was at best 5’8” and 165 pounds of wizened, sinewy flesh when “soaking wet.” “Pretty big talk coming from a mighty little fella like you,” he said.

Chmura, whose reputation as a “shooter” or “hooker” came from his days as one of the hardest men in the wrestling ring, nodded along. He’d heard it all before, you see. In the squared circle, plenty of beefy men had tried him—his most famous trainee, the 300-pound former Canadian champion Eddy “Flap” Jacks, among them—and he’d reduced them to tears with an arsenal of cheap shots ranging from groin squeezes to eye gouges. “You’d never see it coming, ‘Herc.’”

“Sure I wouldn’t,” “Herc” said. “Because you ain’t got the stones much less the balls to do it, ‘Shooter.’”

“Shooter” laughed, flashing the much larger man, a bear of a human really, his signature “Shooter smile.” “‘Herc,’ I respect you as much as the next jabroni, but that’s really something to hear from the man who not only drew but practically highlighted the color line in every sport he ever played.”

“How about you quit all this pillow talk and maybe we just might,” “Shooter” growled.

Having emptied the can of Dead Heat, “Herc” proceeded to put the top and bottom of the can between his thumb and forefinger, crushing it with the ease that other, lesser men might have squashed a fly. “Yeah, I just might,” he repeated, a dead cold gleam in his jet-black eyes.

“Yeah, I just might get canceled for this one,” joked the beloved Pitchfork writer-turned-dirtbag leftist podcaster “Reek” Bonut, whose $50,000-a-month Patreon account depended on him serving up seemingly edgy but ultimately insipid political content to a 90 percent male audience that spent most of their days coding, gaming, listening to seemingly edgy podcasts, or “edging” their half-flaccid members— sometimes all at once!

“I’m here for it,” Bonut said. “Love to see it,” Lionel agreed. “Say, you know what else I love to see? I love to see the tea getting spilled. And ‘Reeker,’ have I got some tea for two.”

Bonut bobbed up and down on his microphone, pantomiming oral sex for no apparent reason. “Feed me, zaddy,” he lisped in a tone that would surely offend LGBT listeners if he still (or ever) had any.

“Well, here it is: you know that breadtube thot Samanda James (BIPOC), the one working a diversity grift with Captain Hi-Score?” Lionel asked.

Bonut put two hands on his cheeks, in the manner of a prime-period Macaulay Culkin in Home Alone 2: Lost in New York (1992), to express his dislike of a woman he perceived as unduly standoffish and confrontational.

“What if I told you, ‘Reekster,’ that she wasn’t BIPOC at all. That it’s nothing but spray tanner, a nose job, a wig, and stomach-band surgery disguising... get ready for it... Jen Score!” Lionel announced triumphantly, as if he were giving a 9/11 press conference to hundreds of national reporters.

“Holy shit, the fish-bellied ‘fat studies’ blogger who got canceled when Nasty Bitch magazine hired an even fatter studies blogger?”

“The very same,” Lionel agreed. “And this is the straight tea, kid. I got this from the horse’s mouth, and that horse is a real hoss... Oscar Berkman.”

Bonut gasped. Berkman, the intrepid, blockheaded investigative reporter who had been “non-personed” or perhaps “un-personed” after advocating “actual violence” against Jayla Ba-Bing by accurately reporting that she’d said she wanted men to talk to her, was known as the epitome of a reliable source, someone who did both the essential work and the emotional labor. To be sure, this was big if true. “Jen Score,” Bonut repeated. “That whale... that blimp… a real chungus.” Suddenly concerned that he’d crossed the line he needed to straddle to keep his shitty “talking-into-a-mic” business in the black, he hurried to walk back his comments. “She’s a perfectly lovely person. They all are. They’re beautiful. Gorgeous.”

“Not gonna lie, I’d hit it,” added Lionel with a hearty laugh that belied his weak goatee and the even weaker chin it was concealing.

Then an advertisement for a pair of special online cloth diapers kicked in—“Overnight Diapers that Crinkle but Don’t Get Crunk” whispered a female voice that sounded suspiciously like chat-show host and Home Shopping legend Maggie McLeary, but certainly wasn’t on account of how expensive that woman’s services were. And that was the end of it, for now.

The end? Never the end for me, thought the Papa Bear. Shit was getting real, real real in fact, and he was losing the plot. All the football games, the statistics-producing games he depended on for his fantasy sports “hit” as much as he depended on the honey that sustained his hibernations, had been postponed due to the plague that was sweeping Anytown.

The plague’s appearance was something of a mystery, as was the fact that it was confined entirely to Anytown and its sister city, Coast City. But the results were not: people were developing flu-like symptoms and the ball games weren’t being played.

And without the ball games, what was there to appreciate in this otherwise piss-and-shit filled world? This world, which comprised but a cave with a computer room, a cubbyhole for his cubs—were there six now? Nine? He could never recall, but oh well, he’d have to check his notes as their birthdays approached—and a space where he and his useless lump of a Mama Bear slept, near the massive pile of extra-thick Overnight Diapers that had accumulated in a pile that stretched to the ceiling and smelled worse than the dumpster behind the famous “Silver Platter” buffet restaurant in downtown Coast City, on the hottest day of the year.

Oh how he missed those scorching-hot days, recalled the Papa Bear, diving in the fetid, maggot-lined dumpsters of Coast City without a care or a prayer in the world. He didn’t know the Mama Bear back then, and even though he also hadn’t yet known the pleasurable touch of fantasy football, that didn’t matter. He’d been a free bear; his story was just beginning; he could tip over dumpsters and dine on steaming piles of rotten shit, of the worst that mankind had to offer a Papa Bear like him.

That was his heart’s desire, you see. It wasn’t easy for the Papa Bear these days, under the prevailing circumstances, but how could it be? Is it easy for you, reader? And if it is, why? And if it’s not, why not?