Getting Sick of Fake Sea Glass

Put down the cement mixers. 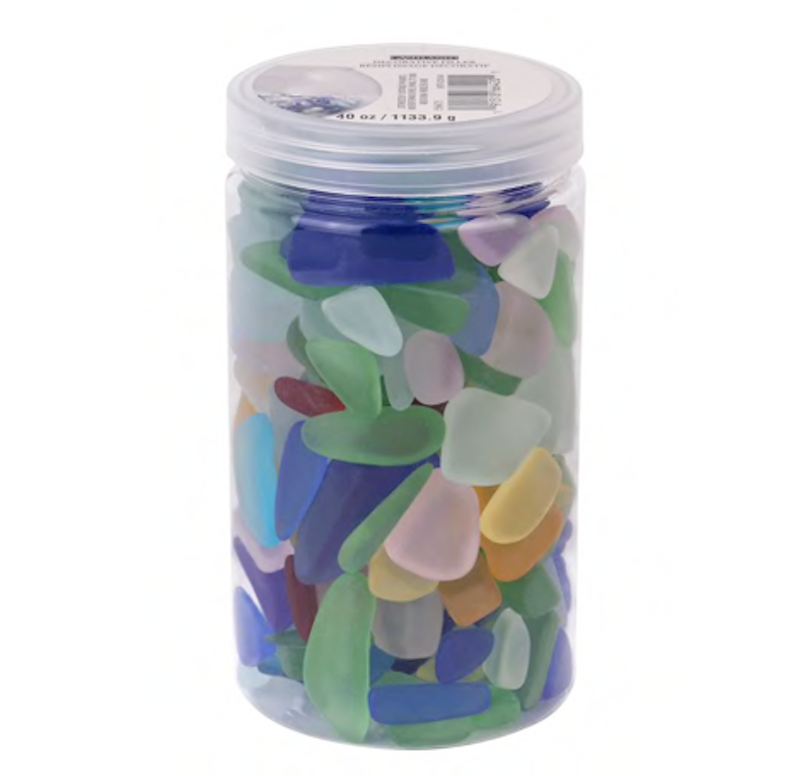 I’ve been around the block a few times when it comes to sea glass. Currently, I’m the Vice President and Education Chair for the North American Sea Glass Association and the Executive Director of The Beachcombing Center, a nonprofit beachcombing museum at The Beach Bank on Tilghman Island, Maryland. In order to fund the museum building, I also run a full time business making candles with hidden sea glass inside-- in addition to judging sea glass contests from coast to coast, I’ve bought sea glass from beachcombers in many countries around the world.

In the last 20 years, I’ve seen a lot of things in the sea glass industry. I’ve written and spoken on a number of sea glass topics, including several articles on fake sea glass over time in an effort to help consumers not purchase the fake stuff. But I may as well go stand on the beach and scream at a cloud for how much good it’s done. This year at the North American Sea Glass Festival, which should be the holy grail event of the year in terms of not seeing any fake glass, we did. I had festivalgoers asking me if I’d seen the offending glass being sold by a vendor, and in going to take a photo of the egregious, craft store, non-genuine glass that was being used in jewelry making against our bylaws, I was treated like absolute shit both at the booth and in an angry email complaining about me in what seemed like a projection of anger about getting caught.

(Another frustration has been an eBay seller hawking countless lots of fake sea glass stating it's from right here on my own Chesapeake Bay, even making it look like it originates from Tilghman Island where the Beachcombing museum is located. I've gotten so many messages from people and had to explain that this is a scammer and not to waste money on the manufactured crap.)

I’ve gone on the record as a “sea glass purist,” and even though I don’t choose to engage in the battlefield of Facebook sea glass groups that rage on about this and other issues because a) they’re repetitive b) they can be incredibly nasty c) I have a full-time job and no time to sit on Facebook arguing or bragging about broken glass and d) should I have spare time, I’d rather spend it on the beach, this doesn’t mean I don’t care about the difference between genuine and artificial glass. I do. I’ve spent many years doing sea glass identification at festivals and conferences across the country (and in Canada), and have told people that their glass was thrown into the ocean by someone who bought it at a craft store (this debate over “seeded sea glass” is another one that comes up and rages on periodically). But for multiple vendors to show up at the national sea glass festival with non-genuine glass is a travesty.

This should not be able to happen again. Consumers rely on this educational organization to discern the difference between genuine, historical sea glass that’s found in context and the original provenance of its setting and artificial, non-genuine glass that’s created, altered or manufactured. It’s that simple. I’m not a judgmental bitch about too many things in this life, except when it comes to the particular thing about which it's my lifelong passion and in which I'm relatively qualified to be a judgmental bitch. If someone wants to write a complaint letter about me because I blew a whistle for upholding the mission of the organization where I’ve been a volunteer for a decade and run a museum for no salary because I just care about the history of beachcombed finds, they can go for it, and they can also take their dollar-store manufactured glass to a parking lot craft sale in Key West where it belongs.

—Find more beachcombing articles by Mary McCarthy or follow her on social media.