How could a Nashville neighborhood establishment get so many things wrong? 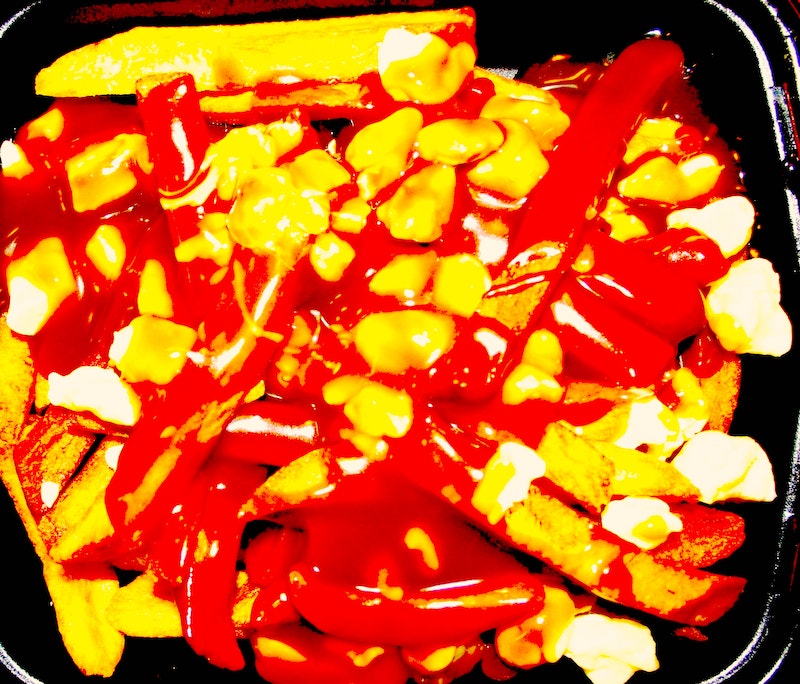 Our family tried a new restaurant in Nashville last week whose food was so bad, we became full of self-righteous anger that a neighborhood establishment could get so many things wrong.

I have a long-standing joke with my wife that whenever poutine is on the menu I have to order it, just to complain about its inferiority to the perfection one can only get in Quebec. It’s three ingredients: cheese curds, fries and gravy. This kind of cheese is important and what separates it from the inferior mess known as Disco fries, a New Jersey favorite that like its namesake, should’ve gone out of fashion long ago.

The cheese curds have to be the squeaky kind that come in little plastic bags like meth. People in Montreal buy them in convenience stores and munch them on the way to work. The gravy should be amber in color and heavy in black pepper to cut through the fat. The fries should be cooked enough to not turn completely soggy when the other ingredients meet it, at least not in the time it would reasonably take a person to finish eating it.

Yet somehow poutine gets lost in translation once it leaves the province. A poutine I once had in Toronto contained chickpeas. A few West Coast establishments tarted it up with greasy short ribs, or substituted curds for cheddar. Only the Québécois have earned the right to experiment which is why you’ll see in one or two establishments up there a sort of Cirque du Soleil anything-goes approach. I’ll tip my chapeau to them since they invented it, but I’m a poutine purist at heart. And as with all things food-related, if you can’t get the basic recipe down then it’s akin to believing you can go straight to calculus after failing basic addition. You can’t. And that evening’s appetizer proved there are zero exceptions to the rule anywhere west or south of French-speaking Canada’s border.

How else can one describe the following hat trick except atrocious? Fries that were freezer-burned and underdone, gravy seasoned with water from the Dead Sea, and globules of some kind of mysterious cheese-like product. All presented in an American-sized salad bowl meant for 20. It went downhill from here.

The menu description of my entree promised a garlic and herb-stuffed pork loin with chimichurri and two sides of my choosing. What came out were two hockey pucks with grill marks, no Argentine condiment in sight. The sulfuric Brussels sprouts and droopy green beans slathered in hot sauce were the least offensive part of the night.

My wife’s shrimp in a spicy sauce of no discernible ethnic origin with whole wheat pita was as schizoid as it sounded, and would’ve made the Morton Salt girl grab for the pitcher of water on our table. I would’ve said it was inedible but much to our horror, our server helped herself to it on the way to the garbage after clearing it away, taking a pita and swirling it in the sauce and shoving it in her mouth when she thought she was out of eyesight. Perhaps she was quadruple-vaxxed and quintuple boosted, but it was a bold move, pandemic or otherwise.

My daughter summed up her seafood pasta with the kind of matter-of-fact statement befitting a teenager: “This tastes like it was boiled in butane.”

We spent the rest of the night talking shit about our dinner like it was the guest of honor in a Comedy Central roast. If it were a 14-year-old girl we would’ve been arrested for bullying. Gordon Ramsay would have told us to take it down a notch. When we got home, my wife complained of a headache, probably from exceeding the daily sodium amount by a few months, and had to go lie down. Food so bad, you’ll have to sleep it off. The price tag was just over $100. But like the long-running MasterCard campaign goes, the time spent hating it as a family was priceless. And I’m proud to say my daughter has not only come a long way from her days of refusing to eat anything green and healthy, but her way with a cutting remark is sharp as a steak knife.