I Piss on Howard Schultz

Now clean it up! 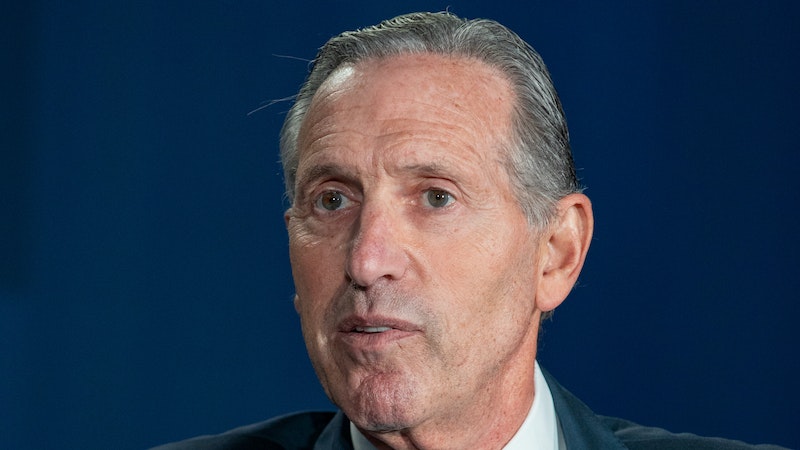 You shouldn’t be perp-walked if you want to use some place’s bathroom without paying. But you shouldn’t get to use the bathroom. As I heard a red-faced, bearded barista once shout at an importunate noncustomer, “No, I am not cleaning up your shit. I am not going to clean up your shit. No, I’m not going to clean up your shit.” And so on, with a mounting supply of italics and exclamation points. It’s bad enough cleaning up after the people who pay. Let everybody in and a much bigger population is passing through. That brings extra filth and a good deal of danger. The bigger the town, the more chances of desperate and/or insane people showing up. Let them go in the bathroom and who gets them out? People who make $15 an hour.

That’s why Starbucks’ big announcement of 2018 struck me as unfair. Throwing the doors open meant dropping a burden on underpaid workers. Howard Schultz, the thoughtful god-king of Starbucks, had pulled a similar trick with his initiative RaceTogether; this called on baristas to discuss racial topics with customers, a good thing to do when handing hot liquids to people. The project flopped, but now Schultz practices social justice by having his baristas clean up drug addicts’ vomit. “We want you to be ‘more than,’” Schultz said when the open-doors policy started, and he said he meant “anyone at Starbucks.” Guess who doesn’t get to be anyone.

Now Schultz is making different noises. “We have to harden our stores and provide safety for our people,” he warns. “I don’t know if we can keep our bathrooms open.” Starbucks just shut down 16 locations that faced “a high volume of challenging incidents” (the company’s term), and a corporate communication has gone out telling employees what’s being done for their safety. Notes CNN.com, “The changes come as Starbucks fights a growing unionization drive.” Pending further review, my preferred read is that workers made Schultz stop jerking off with his Marie Antoinette bullshit and corporate profile positioning.

I read parts of Schultz’s autobiography a long time ago and have disliked him ever since. Admittedly he must have gifts, given what he’s done for Starbucks. But Alan Moore has gifts and his feet smell, and Amadeus had gifts and was played by Tom Hulce. The gifted Schultz is a suited goofball, somehow deluded and carnivorous at the same time. His crown moment came when he kind of thought of running for president with his own party; this was 2019, so everybody else was desperate to lose Trump. Schultz, the poor chump, expected a white horse; instead social media rained abuse. He hadn’t learned from the RaceTogether fallout, possibly because that time the abuse fell more on the idea and less on him, and he must experience things directly. This time he did and he’s been quieter.

Of course, the derided chump-candidate of 2019 had thrown open Starbucks’ doors just nine months before. No jeers, as I recall. Staff stress wasn’t on the public’s mind nor on Schultz’s. Two black men had been handcuffed for not buying and not leaving; the company needed to look high-minded. Open doors also made sense because people who loiter on site can wind up buying, which had caused many outlets to follow the policy even before corporate made it blanket. But I suspect, for people working at Starbucks, it tends to be a heedless policy, and in the tougher outlets it’s as blind as Schultz’s third-party escapade was blind to the country’s situation, or as RaceTogether was to everything not visible from a very expensive home or workplace. Also, I suspect Schultz of patting himself on the back (“We want you to be ‘more than’”). After RaceTogether you have to. A person doesn’t engineer something like that unless they’re off-balance. Expecting employees to deliver their small talk to you, so now that part of their on-job life belongs to the company—it takes some crust to do this for a better world.

Wokeism, or even capitalism, isn’t to blame for Schultz. His sort rises in any set-up, and the principles in his mouth are always incidental to his being. He’s an executive who wants the world his way, and now he’s climbed high and he’s going to live at full-ego. No more thinned-out substitute: his full, real, deserved life is about to commence; his essence is going to flourish. At essence this particular executive likes to feel high minded (by whatever the current rules are), and he engineers these feelings with little regard to anything beyond the sensation. Hence when an ideal makes the boss twitch, the employees’ work lives take a bump. He considers this making a difference, and it goes on until some unions bop him into extending his vision.