Writers Want You to Love Them

Attend a reading! Appease an ego! 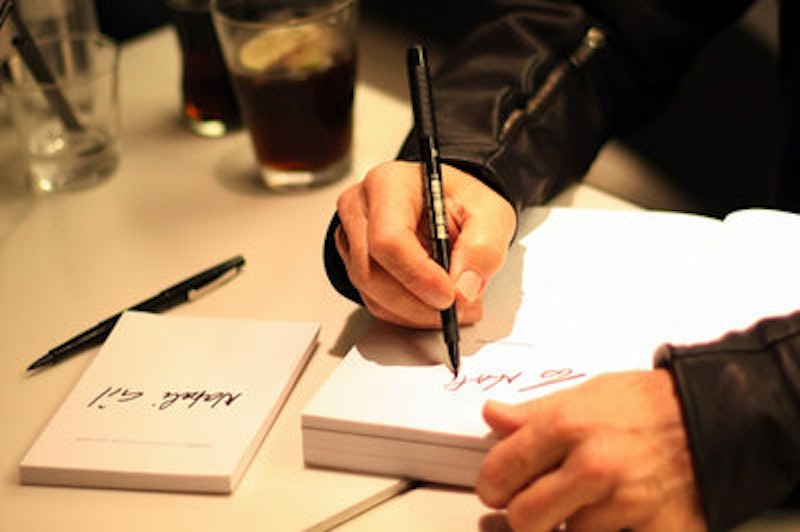 Some people are immune to the allure of fame, but not many of those people are writers. Writers want praise. They want tribute. They want enthusiastic paeans to their brilliance, and/or prose style. Ideally, they would like ritual homages. So, the book tour.

I didn't do a real book tour. My book about Wonder Woman, bondage and feminism, was published by a university press; the audience is limited, the travel budget is non-existent. Still, I figured readings would be fun, so I organized a few within easy driving distance, and out I went for the ritual homage.

Or that was the idea anyway. It didn't always work out. For my reading in Hyde Park, my own neighborhood, the homage was light, and frankly a little embarrassing. I should’ve known I was in trouble when I couldn't get my wife to go. Another friend wanted to go but was in New York. Another wanted to go but was in Europe. When I finally showed up to the reading, there were four people. Two of them were personal friends, which was lovely. One was a noted comics scholar, which was flattering. And one thought I was Wonder Woman scholar Jill Lepore… which was a bit disheartening. She did buy a book though. "Thank Jill Lepore!" she said. So I did. But I remain bitter about it.

I know there are bands who show up at some basement venue and there's only five people there and the bands are so cool that they say, "We're gonna rock!" anyway and play their hearts out. That’s admirable, and I wish them well in all their punk rocking. I am not that punk rock band though. I have to admit, general indifference (and/or confused enthusiasm for Jill Lepore) probably made me read a bit faster and mumble my words more. I did not feel like a rock star. More like a foam night-light. And if you say to yourself, "A foam night-light isn't going to work," I would respond, "It doesn't have to, because you don't need light in an empty room."

What's odd, though, is that just a touch more than four and you get the feeling that, hey, maybe you are a rock star. Fifteen people really aren’t much either, but somehow it starts to feel like an event when everyone couldn't have driven to the venue in the same Prius. Suddenly there are people out there you don't know, wanting you to sign their books, and saying, "This book is awesome!" or "What an entertaining talk!" You look into their shining faces and you think, "Hey, I am somebody—specifically, I'm the guy who got 15 people to come out on a winter's night and chat about Wonder Woman for an hour. That's pretty cool."

I did manage one longer trip to New York. It was the end of March, so I figured the weather would be okay. But we had one late, last winter storm, and my flight was delayed for seven hours. As I sat there in the airport, watching the flakes come down and the hours crawling by, I felt that those tragic biopics about the high price of fame were coming all too true. Drugs, violence, heartbreak—yes, those are bad, but for true existential misery, seven hours in the airport seemed to me about as cruel a punishment for hubris as the fates could deliver.

I arrived in New York eventually, just a smidgen late, and gave a talk at the Institute of Public Knowledge to not five, not 15 or 20, but a full 40 people. Acclaim and accolades were mine! Even in my punch-drunk state, my writer's ego was at last appeased. I have another couple of readings, but not for a while. For ego boosts in the meantime, I’ll just rely on the cat, who is guaranteed to purr loudly if I read from my oeuvre as long as I pet him simultaneously. And as an extra bonus, I don't need to go to an airport to see him, and he doesn't think I'm Jill Lepore.