An Explosion at the Fireworks Factory

A letter to the editor. 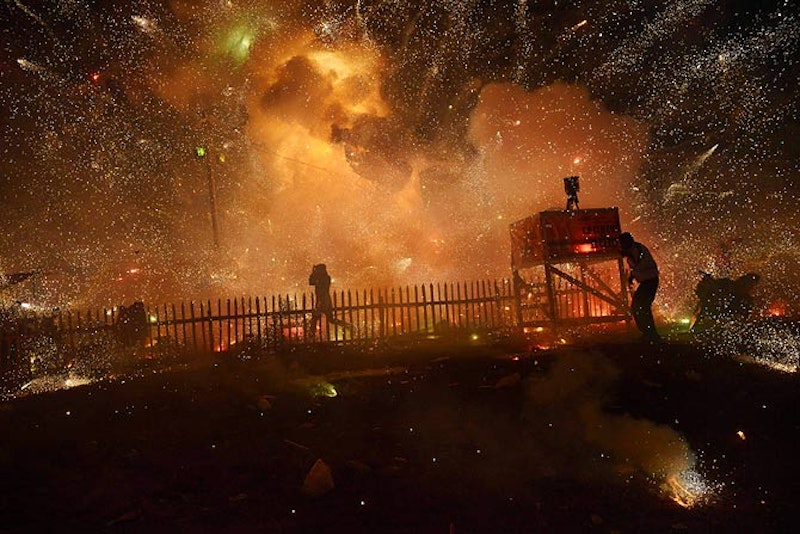 (The following excerpt is from an anonymous letter originally published in the March 12th edition of the Chatterton Reader—Chatterton, NJ)

I’m a first time writer, but I’ve been a long time reader of your publication, and I must say for the most part I really think that you and your staff provide an interesting, informative and thorough representation of current events.

That being said, I was very disappointed in the coverage you gave to the recent explosion at our local fireworks warehouse. You got all the dates right, the timeline of those horrific events was certainly accurate, and the names all seemed to correspond with all of the proper places. Still there was something very important missing: originality.

Let’s start with the headline, “24 Dead as Blaze Annihilates Blast-O Warehouse”, which by the way was also printed in the incredibly boring Times New Roman lettering. Now this would’ve been much more captivating if you had maybe printed it in a more interesting style and font. For example, something like this:

I mean, not to put too fine a point on it, but you must admit that the accuracy of that headline above is just overflowing with prize-worthy, top quality intelligence-ness.

The problems continued as the article went on. Let’s take a look now at a line from one of the first paragraphs: “Of the 24 innocent lives lost, many of the remains have yet to be identified.” Now this is really depressing, yet it would’ve been so easy to put a positive spin on such horror. Maybe you should’ve written this as two sentences, and kept your focus on one of the less violent elements of the event, i.e.,

“The victims’ splattered flesh bits magically turned into a microscopic swarm of singing butterflies who enlivened the scene with their performance of many beautiful, mournful hymns ala barber shop quartet in a register so high that only the local dogs could hear such dulcet tones. A howling canine madness then marked the moment when this unearthly concert began thus bringing a brief, but welcome musical respite from the destruction.”

Yeah, in the midst of a brutal inferno, it’s easy to forget about stuff like magical singing butterflies, so you’re forgiven for that, but you really messed up by printing the real names of some of the victims and their hometowns. Sure, you probably got permission to do so, but it would’ve been a much more compelling story if you’d just made up aliases for everyone. Again, here’s one of your big gaffs: “A few of the victims that have been identified include Jerry Musbaum, 34, of New Brunswick; Ty Azantandi, 23, of Rahway; Elaiza Tonalokakos, 46, of Metuchen…” Now here’s what you should’ve written:

“A few of the victims have been identified: Zorg ‘Beef-O-Rama’ McHate Burger, 34, of Smellvpittsovania; Gravy Beast, 23, of The Towering Blob-a-thon a.k.a. Atomic Weinerland; The California Taco Dragon, 46, of Fat Vinnie’s Stark Ravin’ Bonko Realm”…