I'm as Irish as You Are

Nostalgia is a tricky business. 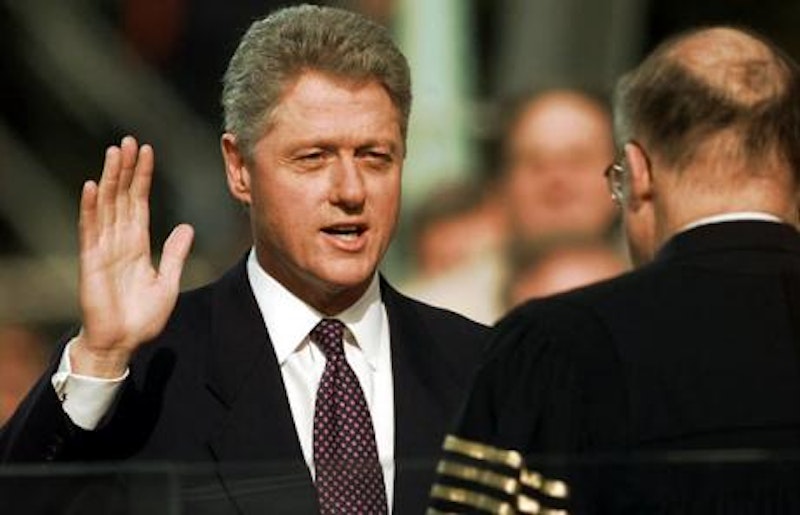 I’d like to show you another tape. Does she still love Bill Clinton? And what about Linda Tripp? Sidney Blumenthal, Assistant to the President, demanded for sex at a Senate Deposition. She threatened him; was called a stalker by her peers. The whole country then decided that you were a stalker. Bill Clinton deliberately smeared you and you fell out of love with him. Sidney can’t believe it, his ill-fitting cummerbund coming undone. On the floor. I knew at that moment that he was definitely not the person I ever thought he was. Why, for example, tell them about that cigar business? He said that she said to him that calling my girlfriends before the Grand Jury your father didn’t know if you had sex with the President and didn’t want to know when the man who hurt your baby is the president you can’t go and beat the guy up. A low moment. Indeed I did have a relationship with Ms. Lewinsky that was not appropriate. In fact, it was wrong.

In retrospect, do you think that Bill Clinton really cared about you? Do you think he has any genuine remorse, or is just sorry he got caught? I worried about the person I loved 100% Politician. Everybody I know has a scarf. “Portly Pepperpot.” Did the judicial process treat you fairly? When I look back on this every night, they threaten to subpoena my father, every night. It only protects man and wife. And this is what I hope people might see in the documentary that’s more than just about me, it’s up to Congress. I was exploited for no other reason but a political agenda. Every turn a question of proportionality. A total of nine FBI agents. Do you think this might’ve affected the Presidency from a standpoint of decision-making? I don’t even want to speculate.

So here we are, it’s almost the end of the story. The president is going on with his life. Are you still on medication? I know it’s corny but I’d really like to find the right person and have a meaningful relationship and get married and have kids. That’s really important to me. I had a Revlon offer, which was then rescinded, which is understandable. We have TV shows, product lines, and books. It’s hard for me to be you. I’m as Irish as you are.