Migraines are a motherfucker. 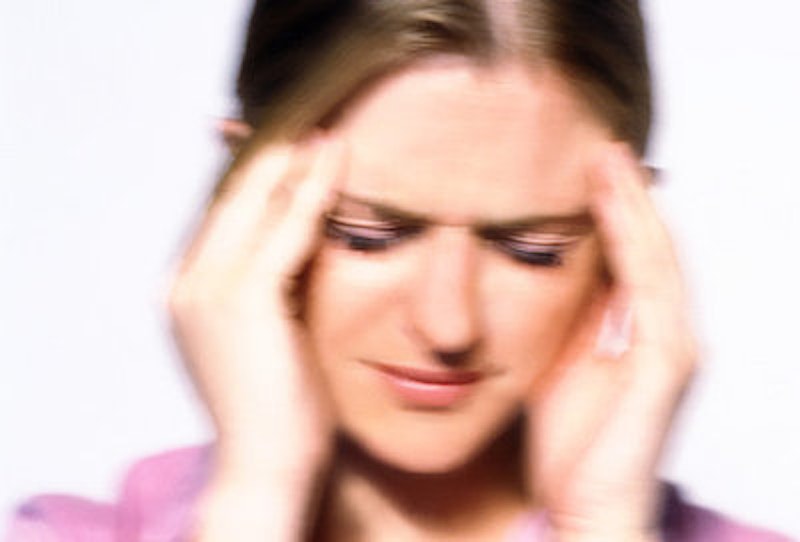 They strike when you least expect, blowing a hole in your day like a cartoon shotgun in a tree. When the aura starts, the flickering around the edges of my eyesight creeps closer inward until the entire field of vision is taken over. It’s like watching the static channel on TV, only there isn’t a box around it. There are about 15 minutes between the time the aura starts and complete vision loss, so a trip to the grocery store or picking up a kid is problematic. I carry the prescription medication all the time, which takes about 15 minutes to stop the aura in its tracks and another 15 until the drunk-vegetable feeling sets in, demanding nothing but sleep.

Then, when the aura is back to the edges of my vision, the real migraine headache starts, lasting an average of 24-48 hours. Cluster migraines are the worst kind, because they mean one can go months with no migraines (just plain old headaches) and then suddenly be sucked into a quicksand of pain that can last up to two months, the waves of migraine hitting again and again, four in a week lasting two days apiece. Mine are known as “complicated migraines,” which means loss of speech, vision, and often numbness down one side of the body—essentially a mini-stroke.

Last week, while packing to head to the island for a book club meeting, they struck like a hurricane inside my skull. The intensity of the aura is an indicator of the level of pain on the way, and it was going to be bad. Gulping down a pill, I laid down in bed hoping it would go away. It didn’t, and for the first time one of the $25 pills (that’s after insurance) didn’t work. The pain slammed my head, bringing tears from its intensity. An 800-mg Motrin would cause a stomachache without eating, so although dizzy from the aura, I ate a banana in order to take the anti-inflammatory, eventually falling into the awful hallucinogenic-like half-sleep that doesn’t even count for sleep as much as just the brain trying to reset itself like a hard drive.

I texted my chiropractor, and was thankful I have a kid old enough to drive me into town. The doc’s adjustments to my neck and shoulders, which completely seize up during migraine episodes, provides temporary relief from the pain, and I shed tears again, thankful for any reduction in pain. He reminded me to ice the back of my neck near my head, which always helps and is unfortunately always forgotten in the haze of the onslaught of pain.

I used to have an oxygen tank (breathing pure oxygen always helped my dad’s cluster migraines as they do mine), but insurance stopped paying for the expensive piece of medical equipment and one day they came and took it back. I went on the migraine diet, cutting out all foods until I could narrow down which things on the list triggered migraines. For me, that’s wine. The sulfites cause migraines so unless I come across a rare (in our area) bottle of organic wine; it’s strictly amber things, though alcohol dehydrates so I try to avoid it. I’m doing yoga, and someone told me cutting out gluten would work, doubtful, but worth a shot. The biggest trigger has always been hormones in my case and unfortunately my “pre-menopause” state is monkeying with my one-remaining-ovary’s levels, triggering the pain marathons. My neurologist, in his late-70s, wrote me his first marijuana prescription when medical marijuana became legal in Maryland a few years ago, but there aren’t any dispensaries in our state. Nearby Washington, DC just opened some, though, so now I might try to figure out how to get a card. THC supposedly helps migraines, but it would have to be a capsule; I can’t stand to smoke it, never could figure it out, ending up with burning lungs and coughing fits.

I wonder about people who live with different types of chronic pain; how they do it. I feel thankful that there are months where I don’t have to suffer but during the months I do, it’s hard to feel thankful for anything—I just want to avoid the extreme light sensitivity by hiding under the covers in a dark room, sleeping until the pain ends.