An Antipathy for Junkies

Junkies are like flies: they eat shit and bother people. 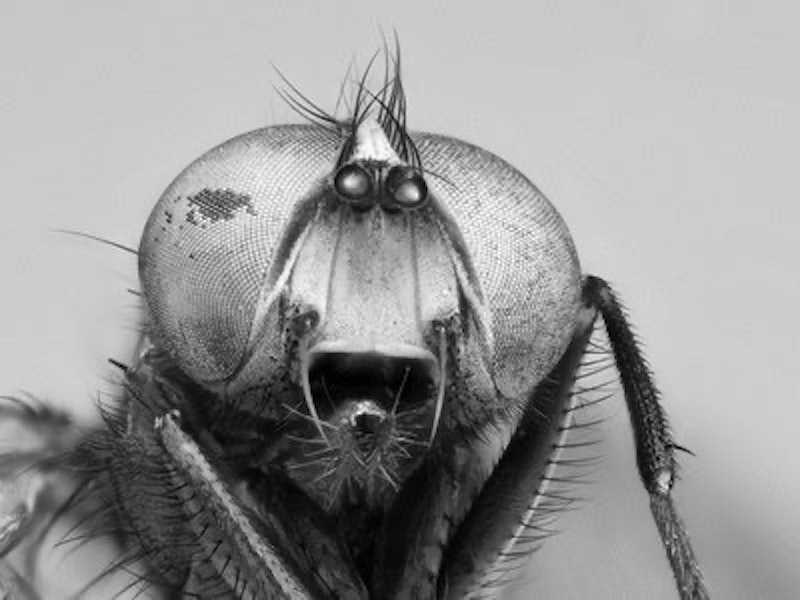 Daisy’s 38-year-old junkie son is coming down from Rhode Island, claiming he wants to get clean. He got busted last October after smashing his car up while in possession of several bags of smack. He’s had six months to get clean. Junkies lie all the time. Never trust a junkie.

My hatred of junkies borders on the pathological. Heroin addicts arouse a deep visceral loathing in me based entirely on experience and reason. It’s a Darwin thing. It’s also related to my affair with crystal methamphetamine, which went on sporadically from 1968 to 1995. Anybody over 40 who uses refined white powder stimulants is begging for a heart attack. Drug use is a discipline. It’s a form of yoga. Drug abuse is Darwin in Action.

I was about 10 years old when I started stealing the occasional cigarette from my mom and smoking in the stairwell of the Esplanade at 74th St. and West End Ave. in Manhattan, where we lived at the time. At 13, back in Camden, New Jersey, I started stealing my father’s Librium and my mother’s Darvon and Dexedrine. At 14, in February of 1968, my buddy Danny and I skipped school and hiked from East Camden to Cramer Hill in the freezing cold to cop our first bag of pot from Frank and Andrea, two enterprising junkies that dealt everything they could get. That was the day I slammed my first spoon of meth.

I was a garrulous kid, and Frank and Andrea thought it would be funny to see what a shot of meth would do to me. The initial rush was amazing. For the first few minutes, I felt like George God riding on a rainbow. Then I clammed right up and doodled in a notebook with a felt-tip marker for about three hours while we all smoked pot. They were amazed at the paradoxical effect. I watched Frank and Andrea get off on heroin. It gave me the creeps. Danny and I split after that. A couple of weeks later, Frank got shot by a biker he’d ripped off and Andrea took it on the lam to points unknown. I found better connections, hipper connections uninvolved with heroin.

I avoided junk and junkies throughout my tenure as a speed freak and acid-head. I cultivated an elitist disdain, correctly perceiving them as thieving lying lowlifes tending towards bad hygiene. My social circles were LSD-centric. We were pursuing higher awareness, not analgesia. Meth is not truly addictive, and I could take it or leave it. Mostly, I took it. I couldn’t understand how somebody could become addicted to a drug like junk. I was a voracious reader and kept myself informed about the drugs I was using and drugs in general. I was familiar with the works of Aldous Huxley, R. Gordon Wasson, Tim Leary, Ken Kesey, John Lilly, and the startling genius of Art Kleps. I was also reading a lot of William S. Burroughs, whose works are pretty raw and explicit as regards the horrors of heroin addiction. I hung out and corresponded with Burroughs a bit during the 1980s. He was appalled by the hipster trash dabbling in heroin after reading his books. “They’re missing the goddamned point,” he’d exclaim with disgust.

I assiduously avoided junkies up until I landed in San Francisco in the 80s, when a good friend and fellow initiate of Aleister Crowley’s OTO (Ordo Templi Orientis) by the name of Patrick King hooked up with an Exxon heir from Beaumont, Texas, who called himself “Pasque.” His given name was “Waldo,” so the alias was understandable. He looked like Marc Bolan. Patrick was a gorgeous blond guy from Salt Lake City who in every way was God’s Own Huckleberry Finn until he hooked up with Pasque. Patrick was an innovator, unusually creative for the Crowley crowd. He’d single-handedly resurrected the incredibly obscure Eleventh Degree of the OTO under the authority of Grady McMurtry, the Caliph at the time, and opened it to women, an unprecedented and genuinely revolutionary gesture in an organization as phallocentric as the OTO. He initiated me during a visit to NYC in 1980, and I initiated my wife Bonnie shortly thereafter. We were both madly in love with Patrick.

The OTO had a well-deserved reputation for drugs and orgies at the time, and we were at Ground Zero, San Francisco, right across the Bay from the Berkeley HQ. It being the 80s and what with Reagan and Nicaragua and the Contras and the CIA, quality cocaine became abundant and cheap. When Reagan took office in 1981, cocaine was going for $20,000 per kilo in Miami. When he left office, it was priced at $12,000 per kilo, such was the abundant harvest of CIA operations in Bananaland. I’ve been in the presence of kilos of cocaine in bricks, uncut. I’ve always preferred good quality meth. Used judiciously, meth gives more bang for the buck, it’s cheaper, and it’s safer. Even massive doses are rarely fatal. You can be channeling John Belushi for weeks with your blow habit, and one day whiff up a little tiny bump and die. Coke is unpredictable like that. That’s why they made Novocain.

There was a weird and very destructive subset of heroin aficionados in the OTO at that time, tiny, but elite in rank. It was some kind of macho pose; the dabblers were exclusively male. It had its roots in Crowley’s attitude toward heroin, best expressed in his mediocre novel, Diary Of A Drug Fiend. It was a boast, shooting heroin and assuming that you can control it. It’s akin to that drunk driving thing, or fucking with venomous reptiles. For all his blather about “Will,” Crowley couldn’t control it. When he died in 1947 at the age of 72, he was shooting enough smack to kill a small roomful of people.

Patrick had always been an adventurer, a wanderer, hitchhiking around and moving where the Dharma put him. When he hooked up with Pasque, everything changed. Pasque wanted to settle down and play house, and junk was going to be the baby. They first moved into some crappy motels down near the Marina district. They destroyed the rooms on a weekly basis and moved on to the next one.

Just to have the experience, and because they weren’t thieves or lowlifes, I shot up with them in one of those motel rooms. It was absolutely horrible in every way. It felt like the flu. No sooner had the shot gone into my mainline but the light shifted all red and smoky, like the light that the Tibetan Book Of The Dead warns you about. My skin began to itch, and I felt like I was wrapped in heavy wool. It enhanced nothing, it was pure analgesic, and nothing more. Nothing pleasant about it: unconsciousness in a can. Alcohol is about the journey to oblivion, observing the sights, watching yourself get stupid. Heroin is oblivion. There is no journey.

Not long after that, Patrick and Pasque were living in absolute squalor in a really nice two-bedroom apartment at California and Hyde, on Nob Hill. Bonnie and I were living on the very edge of Chinatown, at Bush and Powell. It was an easy walk. Pasque got $3500 on the first of every month from his trust. They had a small entourage of dependent and dedicated junkie followers partially supported by Pasque’s fascination with spreading his habit around, and they ran out of money by the third week of every month. Bonnie and I would do a couple of rails of meth on weekends, smoke some pot, and tote a grocery bag full of bread, peanut butter, beans and rice down to them and hang out with the trust-fund junkies. It was bizarre.

It all fell apart one day when, in a classic atavistic resurgence of my youthful affiliation with communism, I went off on them both for having achieved an utterly perfect form of reverse alchemy, turning gold into shit, oil into smack. We parted company, forever. Patrick and Pasque broke up. Patrick went back to his wandering ways and wound up in Prague, where he was beaten to death by the Czechoslovakian police after a fire in his apartment. Pasque went off the screens, no doubt back to Beaumont, Texas, to become yet another in the long line of repentant Satanoids, queers, dope fiends, and Illuminists saved by the blood of Jesus and a Chick pamphlet or two, not to mention continued access to the family fortune.

The next junkie I had the misfortune of meeting was a real creep at the Big Apple Circus in 1989, a spotlight operator named Chris. His wife was the Production Assistant, not a junkie, and he’d suckered her into getting him the job. He’d convinced her that he was clean. He was glib and slippery, oozing charm from every pore. He was also a thief. He slipped into their sleeper and stole $300 from the hard-working horse grooms, money they’d saved to buy Christmas presents for their folks back home. Circus justice being what it is, he left the show with a broken leg.

I argued with Daisy about the advisability of inviting a junkie into your home. I pointed out that it’s a lot like that common trope in zombie movies where there’s always a character who refuses to admit that their loved one has been completely transformed and winds up getting eaten. It was like yelling at a cat. There’s no convincing a mother to give up on her son. She’ll just have to find out the hard way. I warned her son in no uncertain terms that if he rips her off, he’ll be dealt with. Junkies are like flies: they eat shit and bother people.