Why We Need Labels

How I realized I wasn't alone. 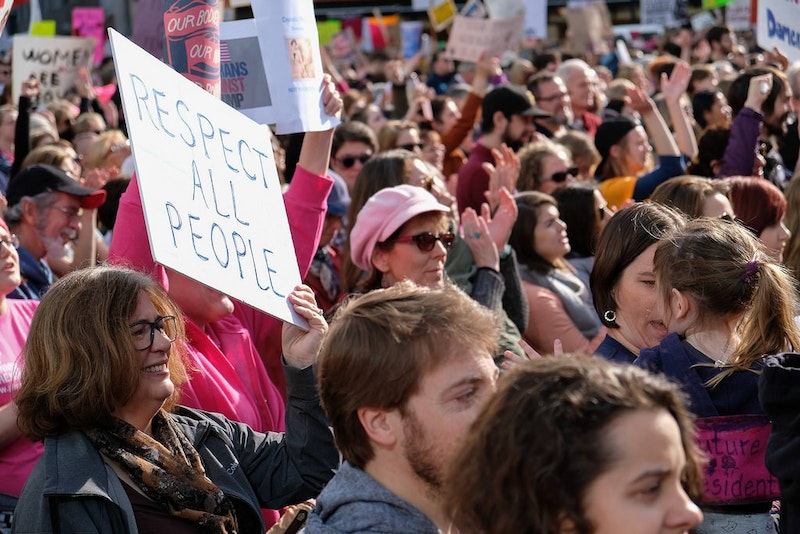 Whenever a discussion on identity comes up, one question I always hear is, “Why do we need labels?” I hear this not only from those who reject identity politics, but also from LGBTQ people who are trying to find the right words to describe their sexuality and gender. On one hand it’d be great if we got rid of labels, but on the other we don’t live in a label-less society. Ultimately I think we need labels for two reasons: to not feel alone, and to humanize “the other.”

Regular readers will know that I always felt like a freak, so I won’t rehash old details. I will say, however, that what made it worse for me was that I didn’t know why I was such a misfit. Why did I feel more like a girl than boy? Why did I want to look more feminine? It wasn’t until I discovered the terms “genderqueer” and “non-binary” that I realized I wasn’t a freak, and that others felt the same way.

The same goes for my autism. All the red flags where there as a kid: flapping my hands when I was excited, watching the other kids play instead of joining them, not talking in complete sentences until I was two, and getting upset and smacking myself in the head if something didn’t go as expected. Back in those days, though, high-functioning autism wasn’t understood; you were only autistic if you acted like Rain Man. When I was finally diagnosed with Autism Spectrum Disorder last month, everything made sense. Now I feel relieved that there’s a reason why every attempt to make me a “normal” kid failed miserably. Without the labels “autistic” and “genderqueer,” I’d probably be a lot more miserable.

The second reason why labels are necessary is that it normalizes “the other.” My friends Mark and Shanon Nebo run a campaign called #NormalizeAtheism which aims to end the stigma against atheism by showing others atheists are people, too. “[I]f we want our society to be just, pluralistic, and inclusive,” their About Us section reads, “there needs to be space not only for the many varieties of religious believers, but also for those of us who don’t believe. This isn’t an easy problem to solve… Solving it will require changing the way atheists are perceived by the societies in which we live. And the first step toward realizing that change is reminding everyone else that we’re here… All it requires is for all of us who are able to speak up and say, ‘I’m an atheist. And I think it’s time for us to #NormalizeAtheism.’” In other words, the more atheists use the label “atheist,” the less prejudice against atheism there is.

While it’d be great if we evolved beyond labels, that goal hasn’t been reached. In the meantime, though, labels are necessary to let people know they’re not alone, and that we’re all different but that’s okay. As black feminist poet Audre Lorde once said, “It is not our differences that divide us. It is our inability to recognize, accept, and celebrate those differences.”