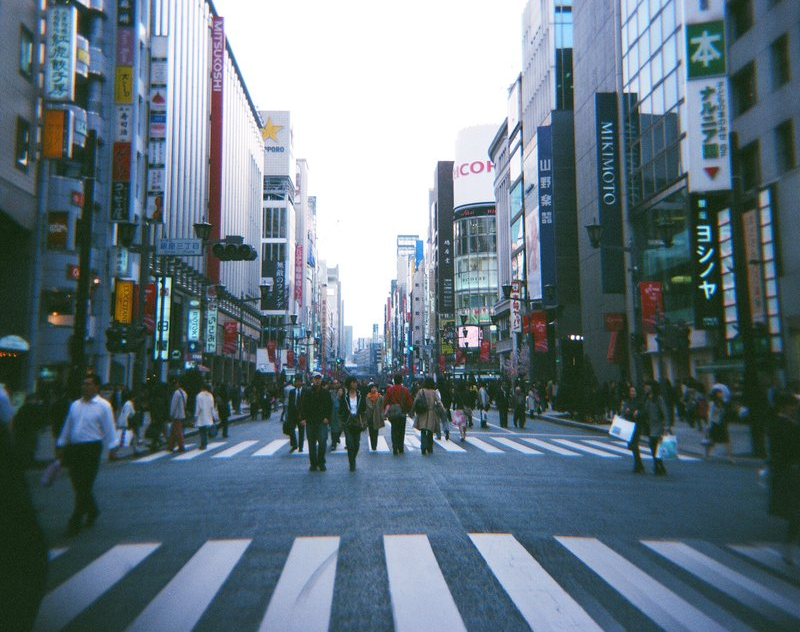 I was seated in an upscale Chinese restaurant on Thanksgiving day in the trendy Harajuku neighborhood of Tokyo with two friends and Mr. Chang, an older Chinese gentleman who’d ordered a bottle of whiskey and two glasses from the server. He'd just informed us, out of the blue and without explanation, that he and one of my friends, who was married to his daughter, were going to drink beer with lunch, while my other friend and I were going to drink beer and Scotch whiskey. Neither of us had mentioned liking whiskey, so we were puzzled. When the bottle arrived, Mr. Chang poured two shots into the glasses in front of us and said, “Drink,” which we did in one gulp, per his wishes. He did this several more times during the meal.

Thanksgiving is a strange day for Americans in Japan, though most of them don't have an experience quite as odd as this one. We never found out what that drinking ritual was all about, or why only two of us had to drink whiskey. I assumed it was some sort of Confucian-based ritual where the elder capriciously orders the younger ones around, especially when he's footing the bill. Neither of us gave any thought to declining Mr. Chang’s unusual edict. Who knows, maybe he thought that's how Americans celebrate Thanksgiving. Anyway, it was high quality scotch, the food was excellent, and it was free. What was there to complain about?

The boozy lunch just punctuated the feeling of displacement that I’d already had from being in Japan for Thanksgiving, a holiday that almost all Americans have some sort of emotional attachment to. If you're feeling any sort of homesickness in some outpost of the globe, then Thanksgiving will exacerbate your emotions.

The Japanese, while familiar with Christmas, know very little about Thanksgiving. They don't celebrate it in their own off-key manner like so many do on Christmas day by getting a bucket of KFC chicken along with some strawberry cake and Champagne. In the 1970s, a group of Americans in Japan, unable to find turkey for Christmas, had to settle for Colonel Sanders, which lead to KFC launching a ridiculously successful “Kentucky For Christmas!” (Kurisumasu ni wa Kentakkii!) marketing campaign that convinced many Japanese that this is how you celebrate Christmas. As one may wait in line for up to two hours at a KFC on December 25, many Japanese order their holiday meals months in advance.

If you're looking to go to someone's residence for a home-cooked turkey, you'll probably be disappointed, because even though you can purchase a turkey in Tokyo, most Japanese homes and apartments don't even have ovens. Roasting food isn't a big part of their culinary culture, so most Japanese get by with a microwave and a toaster oven, unless they happen to live in a lavish Western-style apartment like Mr. Chang. You can’t learn this fact by first-hand observation, however, because in Japan invitations to someone's residence are as rare as snow leopards.

There's always the option to go to a restaurant for a turkey dinner in Tokyo. The Four Seasons Hotel puts out a nice spread, if you're willing to pony up the cash, as do a select few other places that put out a decent buffet of traditional foods. There's also the American Club, a place where people who don't particularly want to live in Japan but who got sent there by their companies end up spending much of their free time, but that requires membership.

There’re thousands of Americans in Tokyo, so you can usually wrangle an invitation to someone’s place for a potluck meal. After the scotch had worn off, I went to the basement of the Seibu department store in the Shibuya neighborhood of Tokyo and picked up some items to take to the dinner I was going to, including a whole roasted chicken. The basements of Japanese department stores are sparkling, wondrous food emporiums with a stunning selection of prepared foods, but that doesn't include Thanksgiving food.

My friends, a married couple, invited me out to their place, which was huge by Tokyo standards. It included a large kitchen, several large rooms, and a small garden with grapes growing in it. Little did I know that I'd one day be moving into this Japanese-style house, when they'd decided to return to Iowa about a year later. It wasn't until then that I discovered its best feature, an old, large bathtub, of which there are very few left in Japan.

On that day, the house was packed with Americans looking for a piece of home, with a few Canadians and Aussies sprinkled in. The hosts made a valiant effort to prepare a number of traditional dishes, which we appreciated. Still, the evening made me wonder a bit about what I was doing in Japan. I periodically felt that emotion, unlike some of the more gung ho gaijin there who fully embraced life in the Big Mikan, which is how some foreigners refer to Tokyo. Mikan is the Japanese word for tangerine.

Tokyo's fueled by alcohol. It's woven into the social fabric and helps stressed-out people relax. Nobody has to drive, so people tend to drink their fill, and then some. Watching all the inebriated struggle with their condition can be unsettling, just as Thanksgiving for an American there can be. You do your best to get through the day with as little regret and feeling of loss as possible.