Why They Suck: The Muppets

There's a difference between fun and propaganda. 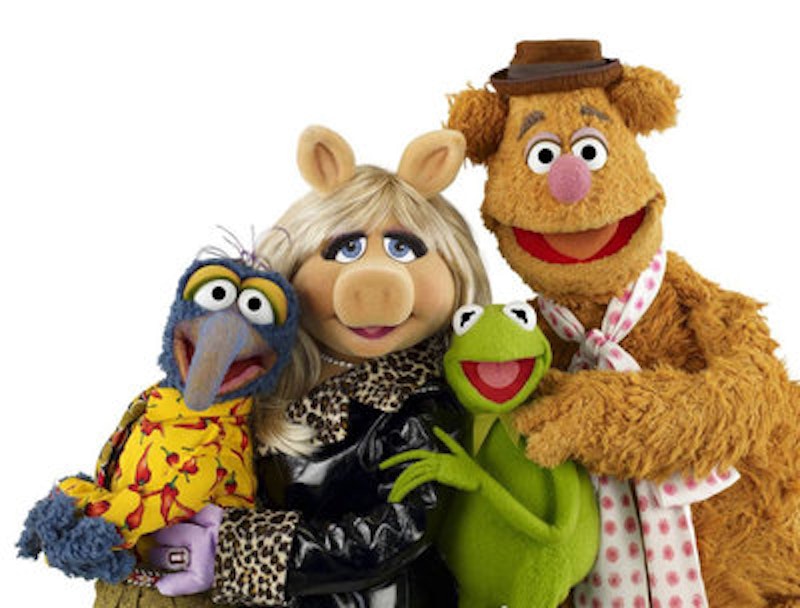 Bashing the Muppets might seem ill-humored and gratuitous. But when you think about it, all of us of a certain age are the Muppets' victims: Jim Henson and company sprayed the whole culture with a firehose of insipidity for decades on end. They advertised products. They made feature films. They talked out of their florescent faces with silly voices. They twitched and thrashed around, exploiting their astonishing intersectional identities as both puppets and marionettes.

I don't think there's anything particularly interesting or charming about the Muppets, but I see that a lot of people disagree. I could let that go, for there are all sorts of uninteresting and charmless performers on television and film, but what I really can’t forgive is Sesame Street, the universally beloved, innovative television show that has sucked like an open drain hole since 1969.

I grew up on Bugs and Daffy, Snagglepuss and Deputy Dawg, Yogi and Boo Boo. They were wild; they were funny; they were anarchic. Above all, they weren’t trying to control and reshape the minds of children to make the world a better place, to make it a world of universal inspirational emptiness, to make our moppets Muppets. I don't find any of the Muppets even vaguely fun or interesting. Many people do, of course, but then again many people are boring. Even Oscar the Grouch was merely nice.

The supposed impetus behind Sesame Street was to give a preschool-type experience to children whose parents couldn't afford to send them to preschool. But the pedagogy was hectoring, empty, and repetitive. It’s hard to resist the incursions of one's own toddlers, so I sat through a lot of Sesame as a young parent. I remember little except that they counted from one to 10. They counted from one to 10 in song, in animations, in short surrealist films. They had a character called the Count who counted. Also, I have a feeling that SS didn't have much of an audience in the ghetto. The actual goal was to remind the children of the bourgeoisie how to count to 10, 17 times per hour. I'm not sure how or why you'd devote any resources to that.

How many kids, wherever they grow up, fail to learn to count from one to 10? Making them count from one to 10 a thousand times: do you call that education? What was the use, the purpose, the point? It's like working at a restaurant or a doctor's office where they play the same songs every hour for years on end. Pretty soon you just want to run away screaming, especially because it's liable to be Billy Joel.

The worst television anywhere over the past 40 years has been the PBS children's lineup. I’m serious. Obviously, there has never been a more gratuitously annoying show than Barney. Dragon Tales, Clifford the Big Red Dog, Arthur, Teletubbies, or the unbelievable Caillou: they manage to be simultaneously incredibly blank and incredibly annoying. They’re written not by wits or wise men, but educational theorists. They aren’t intended to entertain; they’re intended to seduce a child with entertainment (which the producers of these shows understand as bright colors and shrill voices), and then recreate that child in order to make the world a better place. Well, you see how much better it has become in the Sesame Street era. I swear these shows are scripted by progressive psychologists. Among all of God's creatures, those are the very worst writers.

One thing that sitting through many years of the PBS kids lineup demonstrated to me is the sad fact that small children are not aware when they're being manipulated. My kids liked these shows when they were small; I wanted to ban them from the house, on the grounds (a) that they were aesthetically repulsive, and (b) that the whole purpose of them was some sort of mind-control for a political agenda. The goal of all these shows was to create progressive generations of middle-class suburbanites; they were a constant parade of tokenism, for one thing. I’ve no idea whether they ultimately had any effect.

But I do know this: there’s a difference between trying to please or entertain someone and trying to manipulate them. There's a difference between fun and propaganda. The strategy of these shows was to use the surface pleasure to reshape and control minds. You call it education; I call it disgusting, and I wave around the actual hyper-repetitive idiocy of these shows as evidence.

People appear to believe that children should be subjected to improving lessons at all times, that they should not be permitted to relax for a moment, that we must mold and shape them incessantly and continually to achieve whatever the hell it is we want to achieve. I don't think that works. But also I think it’s disheartening. Childhood is not just a means for making the world a better place later on; it’s a time of intrinsic value, a time when people are particularly intensely alive. Children are not tools to create whatever future you may envision; they are here now. Let them be; let them play.

At any rate, Jim Henson is gone, Kermit the Frog got fired, and I heard that Snuffleupagus got popped again for persistent pederasty, but the Muppets—now just another Disney property—continue, for some reason. Now that my children are grown, I can afford to ignore them, but still I’m haunted by the voices, the lessons, the empty eyes. Forgetting the Muppets: it will be one of the many pleasures of senile dementia.