Why They Suck: Diana, Princess of Wales

Diana sucks innocently; it's not her fault. 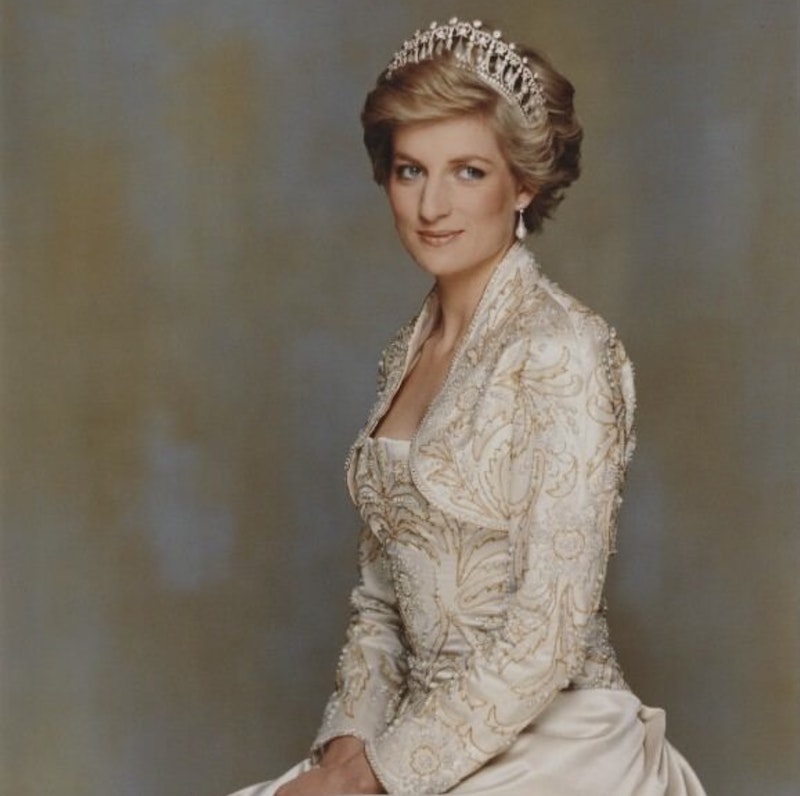 As many have pronounced, we’re in yet another Diana moment. You can't throw a brick without hitting a doppelganger. The books, movies, documentaries just keep coming. Search "Princess Diana" on Amazon and one item that pops up is an interview with her spirit: since death, she has "gained the key to return to the world of goddesses in Heaven." We've had decades to work out the meaning of this "extraordinary" life, and we're still just getting started.

Admittedly, issues arise with regard to the assertion that Di sucks. For example, you may well be saying to yourself, "Princess Diana wasn't sufficiently interesting to really suck bad enough to monumentally blow." And it's true that she's a lot more boring than Picasso or Wittgenstein. It may strike you that it takes a certain power, a certain focus, a certain ability, a certain talent, to really suck. Being pretty and connected enough to draw the attention of the royal family as a marital target, and subsequently getting victimized, you might think, shouldn't be enough in themselves to get you in the suck hall of fame.

People who really suck—Benito Mussolini, for example—well, their eyes flash, and flicker with evil, like Ezra Klein's. Like it or not, they mean something. The British Royal Family, on the other hand, means nothing. And Crispy (you might be muttering to yourself), you can't hold that poor, extremely-dead woman responsible for "Candle in the Wind." Dude, she did not write that shit.

But there are many measures and dimensions of suckiness. Some people suck because they're evil. Some suck because they're incompetent. I may suck in these very ways. But one way I don't suck is by being a blank—a screen, absence, or vacancy—on which every chump can project his fantasies. Many suckers are all too present. But some are barely there at all.

Pretty-but-blank is hardly sufficient, however. To really be worthy of attack, your blank must blanket the globe. And that's not something that a person can accomplish on her own: she needs help, she needs pity, she needs obsession. People have worked for decades to make Diana meaningful, to tell us what message her life and death brought to the world. I blame them, really, not her. Diana sucks innocently; it's not her fault. But the task will never be completed, because she means whatever anyone wants her to mean. My advice to you is to live your life so that this is impossible: have some definite content. You might fetch up as Meghan Markle, but still.

I didn’t know Lady-Princess-Corpse Diana personally. I can't assess her personality on an intimate basis. To achieve such knowledge of her at this point, I'd have to read one of the many books titled Diana: an Intimate Portrait. I might have to watch one the 40,000 CNN documentaries, the endless bio-pics, or try the Naomi Watts or Kristen Stewart impersonations. I won’t do this.

I might have to watch The Crown, or take in a "psychological portrait" featuring one of the dozens of women who has donned the wig, threaded the eyebrows, and played princess on the screen. You can make any youngish woman look like Diana with a few clear signifiers, and it seems to be an industry. There are squads of Dianas, platoons of them. No one really knows why: it's a mystery cult.

And it's quickly growing into an actual religion: people make altars, pilgrimages. Her suffering was Christ-like but, unlike Jesus, she wasn't in a position to tell us what it meant. The Passion of Diana isn't a story of sin and redemption, exactly. It's a symptom of missing white woman syndrome on a gigantic scale: the missing Princess of Wales, bigger than Natalee Holloway and Gaby Petito combined. Whether such a spiritual movement has legs, or knows how to use them, remains a question, but its run so far has been remarkable. I'm waiting for Biden, like Constantine, to announce that the Empire has officially converted. Meanwhile I intend to avoid all media until this Diana blast blows over again.

If Diana's death brought the world a message besides "fuck the paparazzi" it was this: drive carefully.