Why They Suck: Ezra Klein and Kara Swisher

Whitebread opinion journalists who always attribute their own views to the authorities. 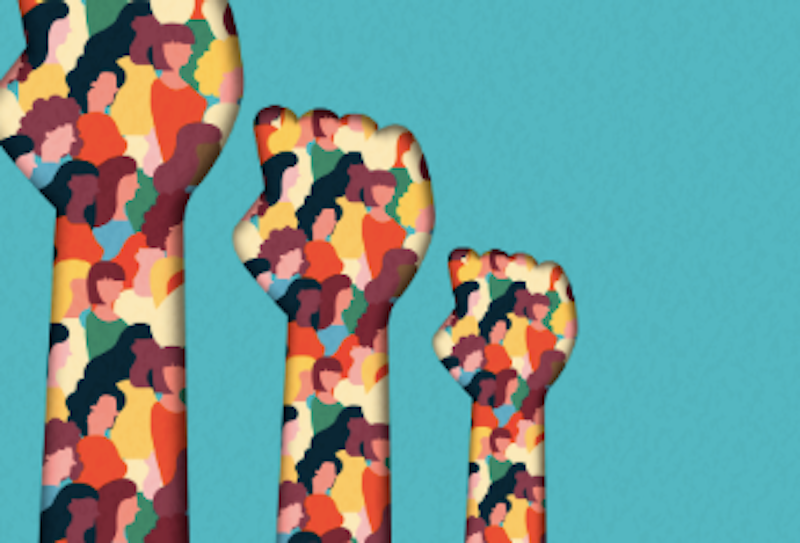 It's no secret that the opinion operation at The New York Times has been in an internal war at least since last summer, when a flap over a column by Sen. Tom Cotton—"Send in the Troops," advocating a military response to Black Lives Matter—led to the resignation of editor James Bennet. A younger group of staffers and editors started vetting everything the Times published from the point of view of identity politics, and also started trying to examine every writer's whole Twitter feed since 2012, just to make sure that there were no blackface images or holocaust jokes.

This spring, the Times quietly ended their philosophy column The Stone, perhaps on the grounds that philosophy is traditionally narrated as a parade of white guys. They canceled their nominal libertarian Will Wilkinson for some social media infraction that I'm not recalling clearly. Sort-of conservative columnist Bari Weiss quit. Bret Stephens had a column canceled, then published it in the New York Post. I still can't think he'll be long on the page.

You'd think that this would’ve led the page in an ever-woker direction, emphasizing above all how every oppressed group needs their own superhero movie, because seeing people who you can convince yourself look like you, in spandex, is the key to self-esteem and hence liberation.

But that's not what happened, which may indicate that the struggle sessions continue. The basic reaction, rather, has been to publish a lot less and make it a lot less interesting. What they're doing right now is playing it safe. This also means publishing Kara Swisher and Ezra Klein.

Swisher and Klein don’t have a distinctive point of view beyond the mild liberalism conventional in their demographic. Neither has a distinctive voice on the page. In fact, both would like to erase their own voice into quotations from apparently-authoritative others to whom their opinions, mild and reasonable though they are, can be attributed. Swisher and Klein are cultists of authority. Authority here means professors, social science journals, and tech entrepreneurs.

They're both podcasters to the max, and like everyone else, the Times is doing a lot of podcasting these days. This makes sense, because you'd rather hear either of them interview someone else than speak their own mind. But the columns read like podcasts too. Klein and Swisher embody the opinion journalist as technocrat.

You might want to send Swisher to interview someone, though possibly not someone like Steve Jobs, who she treated as a god, or Mark Zuckerberg, whom she treats as Satan. But if you're counting on her to have or express an opinion on the issues of the day, even the techie issues, you're barking up the wrong journalist.

Swisher used to praise tech boys as geniuses, but now she's vaguely worried that they'll take over the world and end it. Either way, you might expect that she'd have an opinion to offer, if nothing else, on Joe Biden's remark that Facebook is "killing people" by circulating misinformation on Covid. She did have an opinion, expressed in her headline of July 16: Biden's not right, but he's not wrong. She skirts the issue by, as usual, quoting various authorities at length. The prose is what you'd expect.

Biden "was talking not about terrorists or leaders of rogue nations or even gun manufacturers," she points out, though you weren’t puzzled about that. "He was talking Silicon Valley tech moguls," as though anyone in Swisher's world ever talks about anything else. Biden's message was "clearly coordinated." Then she tells you that she interviewed Ron Klain. Then she tells you she tried to talk to Zuckerberg about how he's not killing people, but he wouldn't listen. However, if Zuckerberg was listening to Kara Swisher, he heard "yes and no" and might’ve been puzzled about how to respond.

The most controversial and least ass-kissing thing Swisher ever did was her column of June 28, reproducing a graduation speech she gave at the elementary school she attended as a child. Her theme wasn't "use sunscreen" but "don't do your homework." She doesn't mean it, as she makes clear; she just thinks kids should be doing things other than homework as well.

What she means is that if you have a chance to meet tech entrepreneurs, you should do that instead. "Since I have covered the major moments in the digital age, those opportunities were myriad for [my kids], especially to be able to talk with the Thomas Edisons and Grace Hoppers of our time." (In every column, more or less, she tells you who she's hung out with and puffs those people up, rather than saying what, if anything, she thinks.)

"A hike across the Golden Gate Bridge with a person who helped invent the iPhone? Don’t do your homework. A visit to a cool new autonomous-car company run by a truly quirky young inventor I just met named Elon Musk? Don’t do your homework." On the other hand, if Mom's day job isn't kissing up to Steve Jobs all day, do your damn homework.

The idea for her speech about schmoozing Musk tonight instead of doing algebra, she says, came from a speech by her crush Jobs at Stanford. Here is Jobs:

"When I was 17, I read a quote that went something like, 'If you live each day as if it was your last, someday you’ll most certainly be right.' It made an impression on me, and since then, for the past 33 years, I have looked in the mirror every morning and asked myself, 'If today were the last day of my life, would I want to do what I am about to do today?' And whenever the answer has been 'no' for too many days in a row, I know I need to change something."

Swisher can't even mutter clichés in her own voice; she has to attribute them to Jobs. The lesson she draws is one you might’ve heard just today on a Mercedes ad: "It’s a long-winded way of saying: Don’t settle, not for anyone or any reason." Thank God that's not the sort of thing that might actually register with an elementary school kid. Or anyone else.

If Swisher is an empty-headed ass-kisser, Klein is a "policy wonk": every column and podcast is filled with info. This justifies the lack of an angle; Klein’s mission is to inform us. Informing us, above all, requires sorting the authorities we should listen to from those we shouldn’t, which is in turn a matter of their prestigious institutional affiliations and how great other experts say they are.

Klein is not here to speak on his own responsibility. If you disagree with him (which is unlikely, for there aren’t a lot of definite positions with which to take issue), you'd better direct your pathetic criticisms to the faculty at the Sorbonne.

His July 1 column, The rest of the world is worried about America is typical. Staffan Lindberg, "a Swedish political scientist who directs the Varieties of Democracy Institute," told Klein that “The thing that makes me really worried is how similar what’s going on in the U.S. looks to a series of countries in the world where democracy has really taken a big toll and, in many cases, died. I’m talking about countries like Hungary under Orban, Turkey in the early days of Erdogan’s rule, Modi in India, and I can go down the line.” In addition, the Chilean political science professor David Altman doesn't like the Electoral College.

It's funny how these external observers see things exactly the way CNN’s Jake Tapper does, but the basic way Klein wields other people's expertise, wherever their academic appointment, is to confirm the most commonplace prepossessions of Times readers. You're not likely to believe anything different after you read a Klein column, but you will have the sense that you've been authoritatively confirmed. You won't remember the numbers, for example, but you will remember that there were numbers, and feel very rational without the need to change anything you believe.

Ari Berman, author of this and that, told Klein (on his podcast, he reports on the page) that it's becoming harder to vote in red states as legislators pass restrictive bills. Seems to me like the Times, like everyone else, has been covering that heavily for months. You probably don't need an authority to reiterate it, and I'm no more or less convinced of anything in virtue of the fact that it was Ari Berman rather than Klein or Joe Blow who said it.

Klein could’ve made this ultra-ordinary observation himself: Lord knows, many have. But why do that, when you can attribute it to a professor? Klein is still a very good little student, in the sense of regurgitating admiringly what the teacher says. That, like Swisher's tech crushes and exes, is no way to write opinion.

About as sharp and controversial as Klein gets is stuff along the lines of Where is the urgency on climate change?. It seems wrong, not to Klein, but to a parade of authors, scientists, and profs, that we’d just let the world burn. So true. But what have I gotten out of reading it, again?

Klein and Swisher are very different: different genders, different generations (Swisher is older), different fundamental concerns. But I don't think you'd be able to distinguish their prose styles from one another without the tics (Klein quoting profs, Swisher tech people); the writing is competent, but very whitebread. And I doubt you'd be able to distinguish their actual political opinions, if any, from each others' or from millions of other people's.

On the other hand, neither of them is liable to say something on any given day that will get them cancelled. Maybe that's the point.