Mindless façades morph in a fitting finish of the mean times. 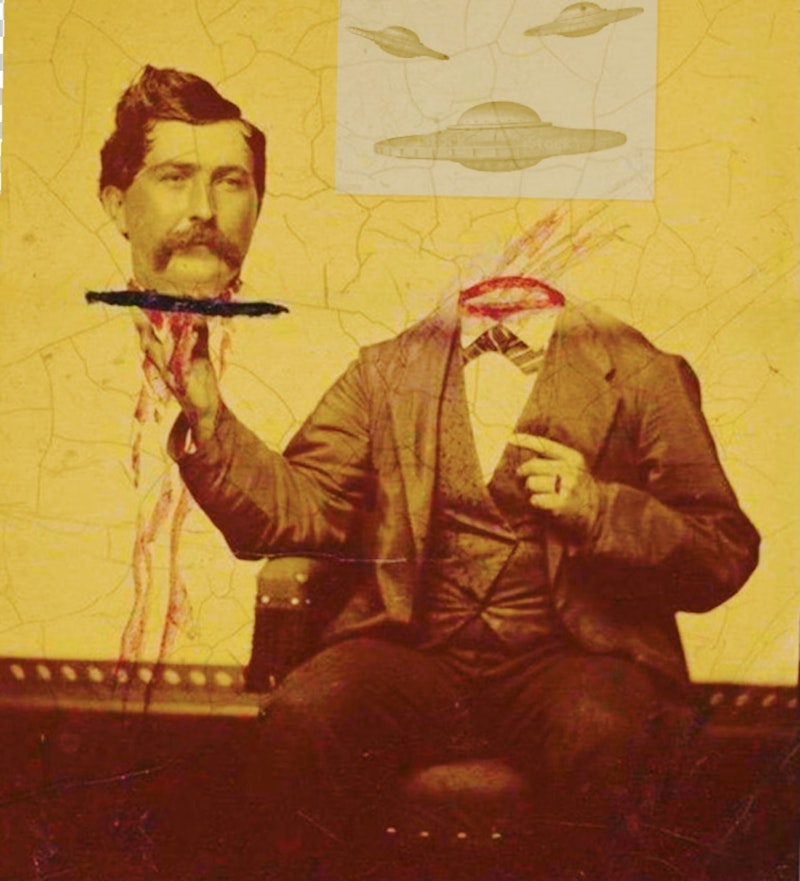 Often I’m reeling through life with a white-knuckled death grip on the wheel while gear-jamming the throttle shifter, moving 1000 miles per hour. Mostly though, I creep along, pulling a rickety wooden pushcart, mumbling to myself along dusty roads of tomorrow's sorrows. It's filled with muted bright moments of joyful regret, buried under sweet notions collecting the life's dust. That's only half of it.

Then, rolling downhill headlong toward a colossal crash and burn finale. It isn't much different from a tripped nosedive into a sinkhole of stumbling missteps. That's how it works, sputter stubbles, knocking about the world, and jumping to forlorn conclusions. Then, the thunder subsides, light rain falls as random lightning strikes, flashing in the distance. I move on. Lay the burdens aside. Kickstart the engine of crazy desire once again. Some may think me crazy, but it's the truth and a lie.

The events in these slapstick comedy scenes meander in place with the currency of others' charades. Mindless façades morph in a fitting finish of the mean times. This life is mine. It's a series of random, unconnected images, all a show of flicker, flash, mere stars in the night. Holes punched out in the dark sky to let in a bit of air. Today's always a good day to die, and it suits me fine. It's funny, always the beginning of the end. The inside joke we whisper keeps the reaper at bay.

Sooner or later, something or someone will come calling. It's only a matter of when and how. Scientists theorize our very essence originates from stardust. How do they know? I'm clueless. I ponder the tough questions concerning my fictional facts. Perhaps we return to that place it all began on an intergalactic spaceship of uncertainty. I was ringing through the wires, a hellish whirligig spinning my fate. Windmills of doubt turning the screw.

Will it arrive in a split-second of doubt or linger in a slow, agonizing spiral, my sole mystery of the vacuum, countless voids from whence we came. Life is like that on rare occasions. A fable told by an idiot to a fool. A pretender to the past, reclining on a throne in the make-believe prizefight. There's no easy way out. You can't win the basket of cheer standing in line to enter the waiting room of no exit.

The Edwardian-era Victorian trick photographers knew how to wow them. Shots of disembodied heads hovering near headless torsos. The vintage fakes, saying, doing, and being things in pixelated static realities dreamed up by crafty minds on big screens, or the photos of us from another angle posing for a camera in musty scrapbooks accumulating years, little stars of the tiny screen shining in our night of the soul.

These phonies dwell among us in cute news stories with catchy headlines. However, one glance at the crop, sensational stuff planted between the lines scrolls up and down. Here's the 90-year-old man who portrayed the captain of a starship in a long-running TV series who finally goes to space for real in a gleaming rocket. Upon arrival, the captain ponders, "This must be what death is." The billionaires lost in space. Too busy throwing around Champagne.

We're here for an allotted time to inevitably enter the darkness. But we may as well attempt to decipher the code of the philosopher stone. Where eternal life and good health await, spinning gold from the alchemy of scientific nonsense. Now, here's a recent report of UFO sightings over New Jersey. It happens all the time. Maybe I've seen those saucers, too? Witness a pie-tin frisbee spinning above the treetops, meanwhile hear about the daily body count statistics of the plague. Stroll through a cemetery whistling a tune of dead ideas.

There's another story proclaiming the Big Bang never occurred. Another tidbit about radio signals emanating from Mars. A wild report claims a giant magnetic tunnel may surround the earth. Astronomers are baffled. No reasonable doubt here. Genetic studies reveal startling insights into the dawn of civilization. But, unfortunately, all this intriguing fluff is way too late. Those awkward minutes between birth and death are the real deal. When it comes down to simply surviving, the insanity swirling around between the ears. That place where emptiness meets darkness. We can't believe our eyes. Evolution has a contradictory way of confusing when it comes to an end, that sudden halt of breathing.

If space aliens exist, then why can't we be friends? I’d enjoy a rocket ride to anywhere but here. But, instead, my disembodied head hovers in the cosmos, my private cartoon. You can only imagine the final frontier. The fun truly lies in the journey.