Why They Suck: Picasso

The world looks no more Cubist now than it did in 1910. 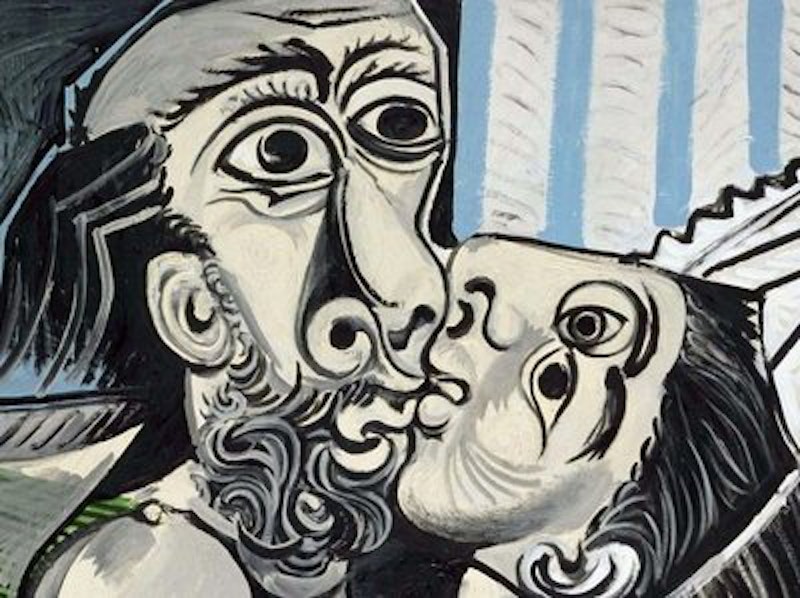 For a long time, I’ve dispensed this fundamental aesthetic advice: stop pretending to like Picasso.

Surprisingly, Arianna Huffington wrote a biography of Pablo Picasso. Less surprisingly, she gave it the title Picasso: Creator and Destroyer. It "brings to full and intimate life a man whose burning passions—for painting, for women, for ideas—were matched by a compulsion to invent reality in his life no less than in his art. Here is the tragic story of a man who, from his teenage passion for a gypsy boy to the chilling bitterness and betrayals of his old age, was unable to love and was driven to dominate and humiliate the women--and the many men--who fell under his hypnotic spell."

One good thing about Huffington's book is that it's not as long as John Richardson's multi-volume life of the "Prodigy" and "Cubist Rebel," which arrives after 1600 pages at Pablo's "Triumphant Years" with decades of interminable godhead still to come. Look, let's get a few things straight. Picasso may have sort of ripped a few things apart and put them together again in a different order, participating in this process with many avant-garde artists of the early 20th century (I might mention Giacomo Balla, Jean Arp, and Marcel Duchamp as artists who were engaged in similar projects in some respects and were at least as radical and quite a bit cooler.) But no human being "invents reality." Correct?

That's the way people used to talk about great artistic geniuses in “the modern era," say 1870-1960. The genius changes the way we see, and thus makes for us a new world! It's a nice little way to try to express maximum ecstasy, but it’s just ridiculous. A lot of things change the way the world looks; Picasso is about the least of it, though people do hang his paintings on walls and look at them, for whatever reason. The world looks no more Cubist now than it did in 1910. Really, we should think about the way we talk about stuff like this: we start attributing divine superpowers to painters and novelists and receive in return a new world every few months.

Perhaps his world-creation or reality-denial emanated from his “charisma,” which is itself a mysterious superpower. The creator and destroyer was the swaggerer, the man-bull, the dickhead. “Charismatic,” I think, tends to mean just “sexy.” It doesn't help you reinvent reality.

Picasso said he could paint like Raphael, but I don't think there's any evidence of that. His co-creation Cubism takes up elements of Italian Futurism and other tendencies to create another way station on the road from figuration to abstraction. I think its products—and particularly Picasso's—are inert: highly artificial, frozen in time, with little political or aesthetic oomph. They’re also dingy and depressing. More guitars than you got again in the arts until hair rock.

There's probably no escaping Les Demoiselles d'Avignon, but have you had a real long look at the thing? Alright, I'll give you Guernica, where subject matter and style coalesce profoundly. But contemplate that Kiss. If it's supposed to be funny, it's not funny enough. If it's supposed to be a profound re-articulation of visual experience, I'm just puzzled. Qua kiss, it's pretty gross. Fifty years later and the eyes still don't line up. It's amazing! There are thousands of works of similar quality: slapdash, yet dreary.

However, almost all of us can be grateful for one thing: at least we weren't his girlfriends.