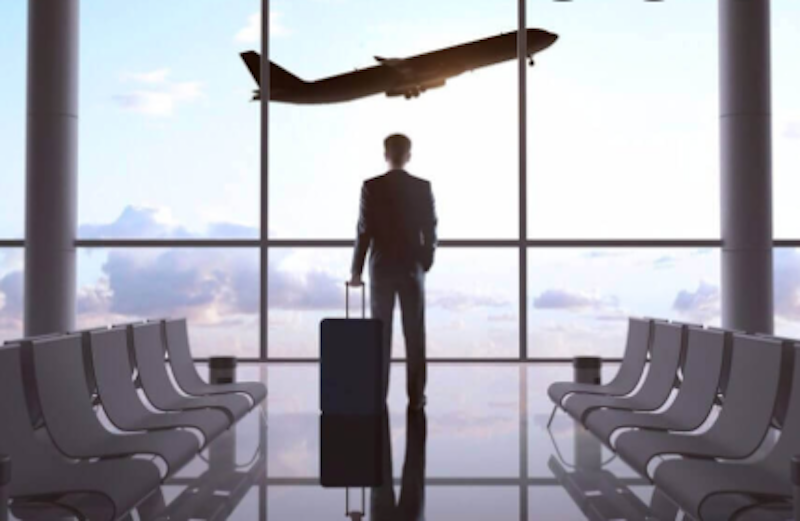 I’ve gone to many conferences over the years. In the mid-1980s, when I was in college and working part-time at the import-export firm where my father was an executive, he and I flew to a bean conference in Ottawa. The luncheon speaker was a physician who’d written a book called The Joy of Stress, and who praised us, the bean industry, for helping people pass gas.

A few years later, as an editor at Bank Systems & Technology magazine, I went to conferences featuring the latest ATMs, customer databases, check-processing, etc. Business travel’s enticing when you’re in your early-20s, with paid-for meals and new cities to see. A recent article in which I mentioned a dubious Trump Shuttle experience reminded me of other long-ago trips.

A visit to San Antonio remains the only time I’ve been to Texas. I reserved at an expensive hotel by the conference center, but then heard the publisher and others from the magazine were staying at the Crockett Hotel. Self-conscious about splurging on my expense account, I changed my reservation to be with them, but it turned out they’d switched to my first hotel, having heard the Crockett was a “real dump.” I tried to switch back, but no room was available.

I had a late-night flight and took a taxi to the Crockett, only to find that the hotel had given away my room. The desk clerk made a call to a nearby hotel, the name of which I can’t recall, where the room I ended up in had exposed pipes and made eerie noises. As I lay in bed that night, I felt a vague sense of the supernatural, a category I normally viewed with skepticism.

One afternoon after the conference sessions, I wandered on the River Walk. There was a woman in shorts sitting near the river, and I was reluctant to take my eyes off her; she seemed not to notice me. I then boarded a river cruise, and a little while later saw her from the boat, still sitting where she’d been, and now she looked back at me and smiled. Probably I was less discomfiting at this remove, and I learned not to assume my glances at women are subtle.

Beginning in the 1990s, I became increasingly involved in writing for the publications of the political right. Attending conservative and libertarian events became a habit of mine, especially in the New York City area, since subsidized travel was harder to come by as a freelancer. There was some continuity with the bank tech conferences, though, as those had often featured conservative figures such as George Will as speakers at lunches and dinners. (These engagements, incidentally, are sometimes referred to as the “rubber-chicken circuit”; but in those days of single life with limited culinary skills, I was very happy with the food.)

I met William F. Buckley at one event in the early-2000s. I told him I was about to publish my first piece in National Review, and he replied smilingly, “I’ll blow a bugle for you.” Whether that was meant as hyperbolic praise or sarcastic insult is a mystery the man took to his grave.

Around the same time, I attended a luncheon at the conservative Manhattan Institute where one of its fellows, Tamar Jacoby, was giving a pro-immigration talk. I recall part of her argument was that Latino immigrants were displaying entrepreneurialism in the U.S., not “Latin American fatalism.” At my table was an elderly white lady who was having none of it, angrily muttering under her breath through Jacoby’s talk. I thought this old woman was a throwback, but, in retrospect, I caught a glimpse of the conservative base’s future.

In 2008, I started a part-time staff job at Research, a magazine for financial advisors. That meant some business travel, though its allure was now less than in my younger, single days. Yet random encounters at conferences still yielded interesting information. At one event I chatted with two financial types eager to share some political thoughts. One guy, from Missouri, cheerfully told me there were no Democrats in his county, since the one couple fitting the bill had left after a tornado wrecked their home. The other guy, from Colorado, spoke glowingly of his bedside gun-safe, rapidly openable with biometric handprint. This was the Tea Party stirring.

The age of COVID and Zoom may’ve put a lasting dent in business travel and conferences. Still, the serendipity of getting out there has its pluses. At one investment conference I attended, a municipal-bond analyst spoke of his peregrinations in search of financial potential. To assess little-known factors shaping muni prices, he’d walk around in places that were “not the garden spots of the world.” He was right; there’s a lot of info you won’t see from home or office.