Splice contributor Ari Samsky, author of a new collection of short stories, talks Princeton, New Hampshire murders, and how much he likes that one Dropkick Murphys' song... you know the one... 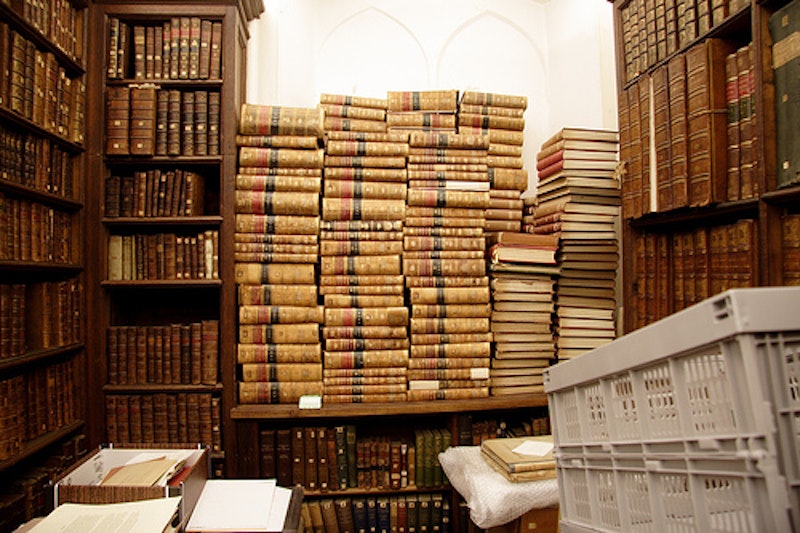 Two months ago, Splice contributor Ari Samsky published his first book of short stories, The Capricious Critic, which is an outrageous romp through time zones, pop culture fads as well as commentary on long-forgotten historical figures. Some are real, some are simply in Samsky’s exceedingly fertile imagination. Ari’s articles for Splice are, well, odd, but in a splendid way. Now 29, Samsky grew up in Brookfield, CT, received two degrees from Princeton University and is currently a post-doctoral scholar at the University of Iowa. I asked our resident shaving cream expert a few questions a few days ago via email.

Splice Today: You’ve attracted a lot of fans from your eclectic essays that have appeared on Splice Today, whether they’re bicycle enthusiasts, fussy men who need the finest shaving gear or would-be dandies who take your advice and scour the Internet for proper duds. In The Capricious Critic you cover a lot of the same curiosities, but in a fantastical manner, a blistering barrage of the real and imaginary. How would you recommend that a reader of, say, your piece on fountain pens, approach this book?

Ari Samsky: Well, thank you! I’m not sure if my fiction is any weirder than the supposedly real people who spend their time arguing bitterly about fountain pens or shaving cream. I can tell you that the adventures of the shoe fetishists and wool-fondlers in the world of modern-day sartorialism are way stranger than anything I would choose to commit to paper. My advice to readers is: definitely buy the book even if you don’t plan on reading it. Buy several copies! If you do choose to read it, go through the chapters in order, since you need to get an idea of how reliable the narrator is before you tackle the more outré portions. If you want more hot fountain pen information, or to learn about catapults or bicycles, The Capricious Critic won’t actually reduce your knowledge. I wouldn’t advise anyone to, say, try to pick up members of the opposite sex in bars with bicycle pedal trivia gleaned from my book.

ST: It seems to me that the story “Threat Bear,” with a bit of judicious abridgement, would make an excellent bedtime story for parents to read to their kids. Much farther out that James and the Giant Peach, but a boon to a four-year-old’s imagination. Aside from the glaring omission of even a mention of Yogi the Bear, this is a story I’d have read to my boys when they were young. Does this make sense to you, or am I traveling in the surreal orbit of the book?

AS: It could work, and I definitely think that the threat bear company Ursynergy would want to access the child and young-adult markets (if only to sell threat bears to parents). My dad has repeatedly suggested that I turn “The Wisdom of my Dog” (a chapter narrated by my bulldog Charlie, who really exists) into a children’s book, but I’m not sure how I would manage this since the piece is basically wall-to-wall poop and dick jokes. “Threat Bear” would, in a sense, be easier to adapt, though I guess the neo-Nazi/bear supremacist subplot would have to go.

ST: Anyone who’s familiar with your writing would have to describe you as a very odd duck, a very intelligent man who straddles the 21st and 19th centuries. Given access to a way-back machine, what time period would you choose to live in? I’m picturing Constantinople circa 1850, but then again, with your abundance of current pop culture references, perhaps you’re more comfortable in the cultural climate of 2010.

AS: This is a tough one. For a while in college I thought it would be super-neat to live in 19th century England—my friend Randy, who was a Dickens expert, made it sound incredibly appealing because you could become wealthy and important by owning enough orphans or a prestigious ash-heap. I recently read Jerome K. Jerome’s Three Men on a Boat and Three Men on the Bummel and they made circa-1900 Europe sound appealing too, assuming that you’re rich and idle and willing to have charming misadventures. I don’t know if I could give up fast food and Lady Gaga though. Also, air-conditioning and not being a serf.

ST: I may be barking up the wrong weeping willow here, but is there any truth to the rumor that you and our mutual friend Iris Smyles got together one week last year, holed up in a New Hampshire cottage, and, aided by copious amounts of absinthe (the real stuff) and came up with the concept for this book. Andrew Breitbart and Joe Biden are anxiously awaiting your answer.

AS: It was, in fact, a Moroccan restaurant in Manhattan, and Iris’ mentor Frederic Tuten made the reservations. It was the kind of place where I would have nervously read the menu in the window and then sprinted off like a startled deer if the maitre d’ had made eye contact with me, but Iris and Fred seemed very comfortable. We probably had tagine, which I assume is Moroccan. I did hole up in New Hampshire on my own, and all the New Hampshire-based murders that I mention in the book are real. People really enjoy murdering here in New Hampshire. It’s a little thing we used to call “America.”

ST: Do you actually play the lute?

AS: I wish. In fact, I don’t even own a lute. I really tried to learn the guitar while I was writing the book. I had the Berklee Books and a neat Chinese reproduction of a Django Reinhardt-style gypsy guitar, and a bunch of different picks, but it turns out that ordering things off the Internet doesn’t actually confer musical talent. I haven’t even picked up a guitar for years now. At the height of my prowess I could produce a series of noises that in some way resembled the Bob Dylan version of “Jim Jones,” in that I would loudly and nasally sing “Jim Jones” while flailing at the guitar. Even that rests well beyond my ability now.

ST: As a Princeton graduate, I’m sure you read Walter Kirn’s Lost in the Meritocracy, which was highly critical of the school. What was your experience there, and did it change from undergraduate to graduate school?

AS: I’m sure that you could fill any number of books with criticism of Princeton. My experience wasn’t that much like Kirn’s, in that almost everyone liked me and I didn’t even own any boat shoes, but I certainly knew lots of people who felt alienated by the blazers-and-ski-vacations atmosphere of the place. During my first month there a drunken Rockefeller (literally, a member of the Rockefeller family) stumbled into my room and screamed at me—he had lived there the previous year and felt that I had “fucked up” the décor. I also had a geology lab with a Rothschild, who acted pretty much how you would expect a Rothschild to act. Our TA, an immigrant from China, expected her to complete all of the assignments, which were mostly inane since the lab catered to non-scientists. The Rothschild felt that she would make better use of her time stalking around the campus smoking. He kept very gently suggesting to her that she should go ahead and inject food coloring into our Jell-O volcano; she produced exasperated sighs and stared over his head. She was very tall.

But I enjoyed my classes and had a good time, writing for the Nassau Weekly and hanging out at the bohemian (probably more “fauxhemian”) eating club, Terrace. A lot of other students had a more Kirn-y time, buying into cruel social climbing, or affecting a total alienation from the Princeton “scene” and spending all their time in New York City. Also, most of the dorms lacked air conditioning. Life was very hard back in the early 2000s.

In grad school I got a better appreciation of Princeton’s incredible resources, though in 2008 and 2009 Princeton instituted some “belt-tightening” measures. I swear to god this is true—the austerity policy meant that we had to switch from filet mignon to roast chicken at dinners for guest speakers in my advisor’s research group. My advisor, who grew up in a very poor part of Brazil, thought this was hilarious. I dunno, it’s hard to hold anything against Princeton. It’s sort of the rich deranged uncle of the university world.

ST: One of my favorite stories in The Capricious Critic is “A Treasury of Irish Folk Songs.” Still, I have to ask: you don’t really like the Dropkick Murphys, do you?

AS: I really like their song from the soundtrack of The Departed, but that may be just because it was played about 1000 times during the movie, which I also liked. I certainly wouldn’t contemplate listening to any other Dropkick Murphys song, though I am fond of The Pogues.

But I’m so glad to hear that you liked the story. The first piece of feedback on The Capricious Critic that I got was a very sharp email from a prominent Irish folk musician who did not find the piece at all amusing. Naturally I talked to my mother about this and she said that the situation was analogous to Leo Tolstoy getting mad at Woody Allen for making Love and Death.

ST: Upon writing the stories that comprise this collection, did you have nightmares featuring, perhaps, “a handful of exciting murders”?

AS: I did have lots of nightmares! I was writing The Capricious Critic at the same time that I was finishing my dissertation so most of my dreams were fairly obvious Kafkaesque anxiety nightmares about the school rejecting my thesis because I used the wrong color paper or something. I had quite a few dreams in which the anthropology faculty was able to simultaneously fly and pass judgment on me. I have a lot of dreams that take place at hotels or convention centers too, they’re pretty nightmarish, and ongoing.

ST: This has to be true: an author of a book that’s one long hallucination must’ve had the most normal childhood in history. True or false?

AS: True! Though I had a few unusual wrinkles: I was an only child, and I spent most of my childhood around horses. I think my peers in the horse-brushing world gave me a lasting appreciation for moral deformity.

ST: Say a director came across The Capricious Critic and insisted you allow him or her to film one of the stories. Which would you choose and who would be the stars?

AS: I would probably pick “Blood Sports; Rehab,” which tells the story of the wicked geneticist Doctor-Professor Lothar de Groot forcing the narrator to participate in a Mortal Kombat-style martial arts tournament. As a result of the tournament the narrator ends up in a drug rehab facility run by druids. I can’t really think of anyone other than Jeremy Irons who can project the air of nonspecific European depravity that characterizes the Doctor-Professor. De Groot travels with a tattooed German (or possibly Austrian) youth named Karl-Heinz—I would probably cast Jonathan Rhys-Meyers for him, since Rhys-Meyers is the runner-up in the European depravity contest. The capricious critic himself (who is named Ari Samsky but isn’t exactly me) would have to be someone physically unimposing but of course devastatingly handsome, maybe Adam Scott. I’m realizing that there are practically no female characters in this chapter—make of that what you will. Fruit Loop, who is a non-druid flunky at the rehab facility, could probably be Evan Handler or Seth Rogen. The chief druid, Olc Aiche the Wise, would have to be Leslie Nielsen.