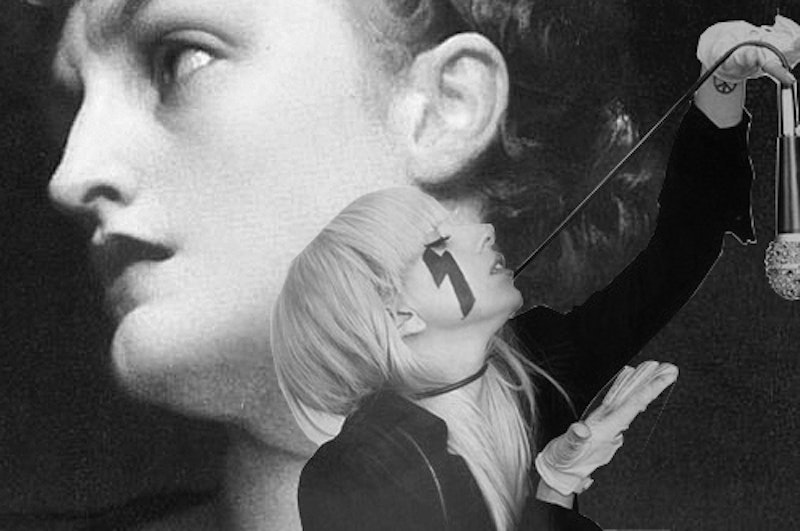 “Take heart! You are alive, but my life died
long ago, to serve the dead.”

In dusty Thebes Antigone whispers these previous words to her sister Ismene. Antigone’s brothers have fallen in a failed attack against Thebes, Eteocles in the city’s defense and Polyneices in the vanguard of the attackers. Creon, the despot of the city, has forbidden the burial of Polyneices. His corpse rests in a pool of corruption, unsanctified, his remains remaining in the domain of animals and putrefaction rather than entering the realm of the gods through solemn consecration in burial (burial, in this case, consisting of little more than a ritual sprinkling of earth). Anyone who buries Polyneices becomes subject to execution by Creon’s fiat.

Death has claimed Polyneices’ body but not his soul, or his essence, or his spirit. He remains socially and religiously present enough to drive much of the tragedy’s action. His sister Antigone, conversely, has given herself over to death although she still lives. Her body exists in the political world, but her self has passed the barrier of death and no longer can be claimed by sovereigns or any earthly power. For her, physical death is meaningless, and this gives her a destructive power that terrifies Creon.

The influential French psychoanalyst Jacques Lacan argued that Antigone is also about female beauty, that Antigone’s beauty and her power cannot separate. But what sensible person can in this day and age address female beauty, power and annihilation without referencing Lady Gaga, the protean genius of 2009? In fact Lacan provides a few interpretive tropes that make understanding Lady Gaga’s work possible.

Lacan, like Freud, wanted to understand desire. Two of his most interesting points on this subject were that desire is always desire of the other (that is, the desire to be desired by another) and that desire cannot be completed. Once we possess the thing that we desire we cannot desire it any more since we already have it, so we rapidly replace it with new objects of desire (be these actual objects or people, etc).

This complicated mess of desire constitutes around a fundamental lack, which, knowing both Freud and Lacan, probably has something to do with mommies and daddies and castration. I won’t get into it here, but this lack is why everyone has jobs and keeps buying shoes and fine woolens online, and this lack is the very thing that Antigone short circuits. Antigone doesn’t care about buying the ancient Greek equivalent of Junior Drake bags. She has moved past the death-drive (a complex term that describes, in part, a relationship to the original lack), occupied the monstrous void at the center of desire, and therefore wields a terrifying authority even though Creon controls her body. At the end of the tragedy Creon bricks her into a tomb and she hangs herself.

Those of you who have seen the “Bad Romance” video may be pricking up your ears at this point. Go watch it again now, making special note of its visual magnificence and its now-ubiquitous monster-hands dance moves. The basic plot is, Gaga is captured, drugged and degraded by a bunch of latex-clad dancers and then auctioned off to a muscular man wearing an insouciant bronze chin-protector. In the penultimate scene he waits for her on a white bed, while she walks slowly towards him wearing white lingerie and, amusingly, an entire polar bear. We see his reflection in her sunglasses, and we note that her face is set and utterly blank. She reaches the foot of the bed, doffs the bear-robe, and stretches her hands to each side, shrugging. An inferno engulfs her captor and the bed, and she stands in front of it, face still blank, looking for some reason like Amy Winehouse. Gaga has trumped desire, smashed the death drive, and by so doing utterly destroyed Baron Ünderbheit. The coda, in which Gaga reclines in bed next to a charred skeleton, is on the nose and should have been left out.

A similar narrative plays out in the less successful but nonetheless interesting video for “Paparazzi.” In it Alexander Skarsgard pushes Gaga off a balcony, leaving her on crutches (she also, for some reason, wears brass armor). She hobbles on her crutches surrounded by dancers and images of slain women in pools of blood and other fluids flash by. Eventually Gaga puts on a truly bonkers outfit, even for her, and poisons Skarsgard, leaving her sunglasses perched neatly on his dead face. Woof! Lady Gaga!

The chorus for “Bad Romance,” the amusing and slightly frightening “Rah rah ah ah ah/Roma ro-ma-ma/ Ga Ga ooh lah lah/Want your bad romance,” has been compared to “Jabberwocky,” but I think a more apt reference is the Queen of the Night in The Magic Flute. The Queen of the Night’s aria “Der Hölle Rache”occasionally descends into pure coloratura, sound without words. Some critics have taken this to be a misogynist caricature of senseless female jabber. But the aria is also beautiful, and powerful, and menacing.

Gaga’s nearly wordless refrain (and her moaning “Whoa-o-o-o-o” that begins the song) of course has a rawer edge than Mozart’s masterpiece but they communicate the same aura of fear and power. At first Gaga’s chorus seems silly, then unsettling, then delightfully repeatable. It’s the speech of a monster, someone beyond human words (monsters, of course, are one of Gaga’s favorite themes). In her disdain for worldly authority Antigone also becomes at least a little monstrous.

I’ve been thinking about Antigone in my academic work for years now. Perhaps this is why I found the “Bad Romance” video so moving. Gaga, with her frantic dancing, her alienating and bizarre costumes, and her posture of total abjection places herself in Antigone’s shoes, between social and physical death. In the suggestively minimal plot of the video she is isolated and subjected entirely to the power of whatever futuristic sex-auction has kidnapped her. She is, in a way, the Homo sacer, the sacred man who has been expelled from normal life and waits only for death, or utter consumption. The ban, the state of exception, has made Gaga and Antigone both monstrous. Yet Gaga, like Antigone, knows that this does not extinguish life and meaning and, in the end, her handsome captor is the one who suffers. If only Antigone had enjoyed access to a polar-bear robe! How different things might have been!

But Gaga and Antigone differ fundamentally on one point. Antigone organizes desire around an other—Polyneices—but she does so in a radically ethical way. She is willing to annihilate herself to rehabilitate the death of her beloved brother. If this gratifies her ego it does so indirectly. To put it another way, Antigone may have desires but she is not interested in pleasure. Lady Gaga plays with this distinction in the “Bad Romance” video. The words of the song (and of most of her other songs) dilate on pleasure and gratification. Certainly they admit that this pleasure may be toxic, and certainly they understand this desire through the desire of an other, as in, “I want your ugly/I want your disease/I want your everything as long as it’s free/I want your love,” which might as well be Lacan’s epitaph. But Gaga, in her lyrics and in the video, operates without ethics. In the video she falls under the sway of the futuristic sex-auction and in the end she destroys her purchaser utterly, but there’s no indication that she has escaped anything. She’s still in the tomb. But it has all been directed towards her, not towards some beloved dead relative. In a way that I don’t fully understand she is the monster of desire, the empty space between two deaths, the Queen of the Night; she is Antigone without ethics, and what could be more terrifying and alluring than that?