We'll always have our roots 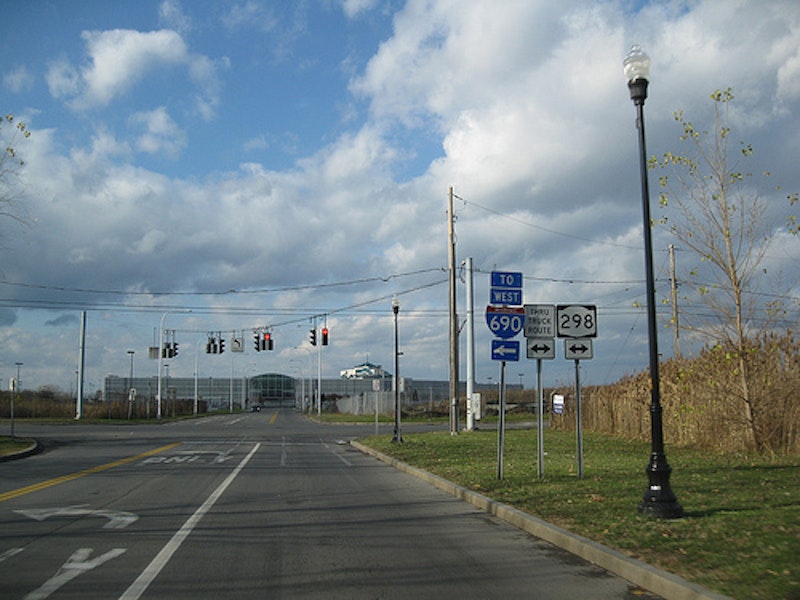 Syracuse, New York. Heard of it? It’s about a four-and-a-half hour commute for those who are only familiar with Manhattan’s death grip. Those who hail from “the ‘Cuse,” me included, carry an intense devotion in its regard. In fact, even those who complain about all the years they’ve spent there still seem to hang on. Hmm.

I present: a random, suburban run-in with a high school buddy. We Syracuse folk like to call them “Stop N Chats.” Your face flushes, you gleek on their hand because words aren’t forming right (or at all), and you may lose your soul in their eyes because you have virtually nothing to say. Gotta get in, and get the hell out.

“Yeeeeeahhhhhhhhh yeeeeeahhhh (this utterance could continue for at least 10 seconds) I am still around. You know, just trying to get my shit together and then I’m out of here.”

“I know the feeling kid, shooting for the same thing.”

And so on and so on. I’ve seen this happen countless times during the six years I’ve spent in a post-High School world. All eloquence is lost in the name of our hometown. I am one of the few who think Syracuse fucking rocks. No, we don’t have the Chateau Marmont to crash our car into and die in a heroin-induced stupor. Nor do we have the Waverly Inn to make an appointment in May for an end of summer celebration (and not eat much until then, either.) Syracuse lacks glamour, rioting, and well, culture in the face of New York City or Los Angeles.

Alternatively, we have kitsch. Our summers are vibrant, with silly festivals for whatever you’re into (Italian food, boating, being Greek), the Syracuse University campus buzzing with poetry readings, local cabaret shows, and live music. Sure, the people who attend them may not be your typical Williamsburg hipster, or your uber- muscle Chelsea gay, but they still find a way to eat, drink, and be merry—just like those demon towns.

I was lucky to have landed a three-month internship with a major fashion magazine in Manhattan, and split my time between the office and my humble abode in Brooklyn. Cue the Syracusians.

“YOU WERE MADE FOR NYC!”

“I know you will make it there, you have what it takes.”

“It’ll be great Jess, you’re a bitch! And weird! You’ll fit right in.”

And my personal favorite… “You’re like the gay Carrie Bradshaw!”

I’ve intrinsically known that the city is where I’ve always wanted to be, sprinkled in with summers upstate. This internship was my trial run for the life I’ve fantasized about for years. A necessary break from 23 years in Syracuse, dusted with vacations and sneak peeks outside the bubble of tree-lined neighborhoods.

My question is: how can a locale as amazing as New York City allow me to miss a place my friends view as stagnant, suffocating and simply not good enough? The love/hate relationship with Syracuse I possess is the same as the one I am developing for Manhattan. I think it echoes that of how many people I know at home. There is a mysterious creature that invisibly chains them to the Syracuse streets, quietly whispers in their ear, hoping that beautiful demons like NYC or LA don’t take their precious children. Most listen, others stray. Why can’t I just believe in both?