Throw Out Your Crap, Americans

A review of The Life-Changing Magic of Tidying Up. 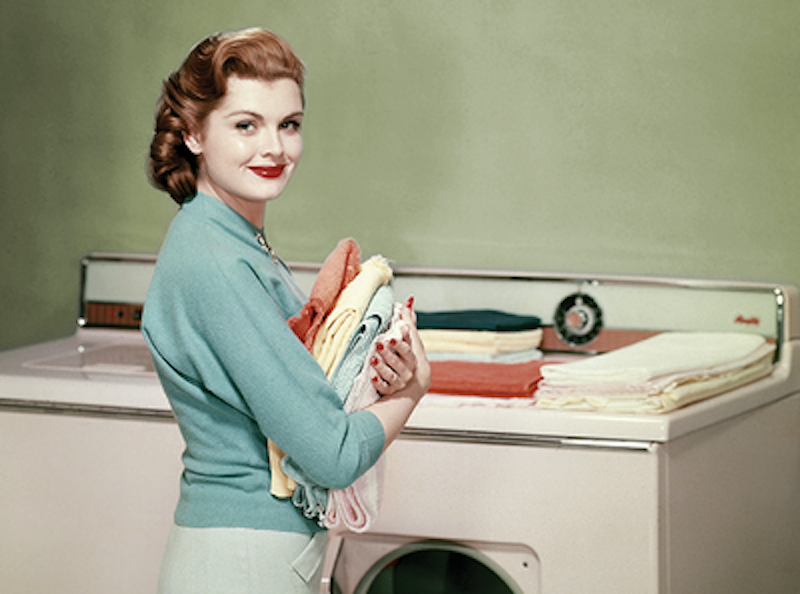 Something Americans love to do when a new year arrives is “get organized.” Home improvement stores are filled with new storage bins, closet organizers and under-the-bed shoe caddies because we have resolved that we’re finally going to get our shit together and stop being such hoarders, even though we know the crap is just going to pile back up all over our collective countertops, closets and garages in less than a week. But there’s help. From Japan.

Recently I noticed in my Kindle that a book had gone unread, a rare occurrence for me, but it was one I’d bought that wasn’t required book club reading—last year’s #1 New York Times nonfiction bestseller The Life-Changing Magic of Tidying Up: The Japanese Art of Decluttering and Organizing by Marie Kondo. Over the holidays, I dove in, still curious: what was all the hub-bub about? Let me first say this, because I’ll give Kondo the benefit of the doubt. The Japanese-English translation was a bit dry, stilted, boring and mildly condescending. I’m sure she didn’t mean to come across that way. In the meantime, in case you didn’t have a chance to be educated by the Japanese Martha Stewart on how to organize your life and closets, here are the book’s main ingredients, translated in Japanese-English-I’m-from-Philly:

Bitch, listen up, because a lot of people pay me to tell them to throw out their crap. Kondo, who has named her beyond obsessive-compulsive organizing method the KonMari method after herself, lets us know through a number of testimonials in the first chapter (people have gotten better jobs, lost weight, and had their entire lives drastically changed because of their new folding methods) and throughout the book that she has a lot of clients and a long waiting list so perhaps you should just do what you are being told in this book, yes? (By the way? Get used to the word “tidy.” She uses it at least 10,000 times.) Consider her quote: “I never tidy my room. Why? Because it is already tidy.”

Listen, bitches, you need to start talking to your crap. The Japanese Mary-Poppins-on-Adderall isn’t kidding. She wants you to thank your house when you get home, for providing shelter. She wants you to thank your sweater when you take it off each day, for providing warmth. She wants you to think about how it hurts your handbag’s feelings when you put it on the ground after it worked hard for you all day. How do you think your handbag feels when you treat it that way after everything it does for you? She can’t stand it when clothes aren’t treated with respect. Everything must be properly folded. She spends a lot of time teaching us how to vertically fold. "When we fold, we should put our heart into it, thanking our clothes for protecting our bodies." Balling up socks makes her insane. She asks, “Have you ever had the experience where you thought what you were doing was a good thing but later learned it had hurt someone?... This is somewhat similar to the way many of us treat our socks.” Our. Socks.

She prattles on about stockings, which I guess are pantyhose because she is like living in 1950s Japan and by the way, women should wear dresses every day, too. Like her. This leads me (as someone who pretty much works at home in yoga pants every day) to my least favorite quote in the book: "The worst thing you can do is wear a sloppy sweat suit. I occasionally meet people who dress like this all the time, whether waking or sleeping. If sweatpants are your everyday attire, you'll end up looking like you belong in them, which is not very attractive."

I don’t think Marie and I would get along. It’s too late for me, Marie. I can fully admit to having ended up looking like I belong in them. And I don’t give a shit!

Keep only the crap that sparks joy, bitch! Now look, not the whole book is useless. Her method probably isn’t a waste of time, if you have a lot of it to spare. She has a four-part system of organizing every single thing you own through categorizing and prioritizing and making what amounts, obviously, to thousands of decisions about what to keep or throw out. She estimates it will take three to six months, so, you know, be someone with a lot of free time on your hands or like, no job, I guess. But her basic principle of choosing what to keep based on whether or not it brings you joy does ring true. (It’s annoying she uses the phrase “sparks joy!” 10,000 times, too). It’s not a useless book. I can see why it’s a bestseller. I imagine that it mostly made a lot of people feel like crap about their crap, though. Like we have time to talk to our damn socks?