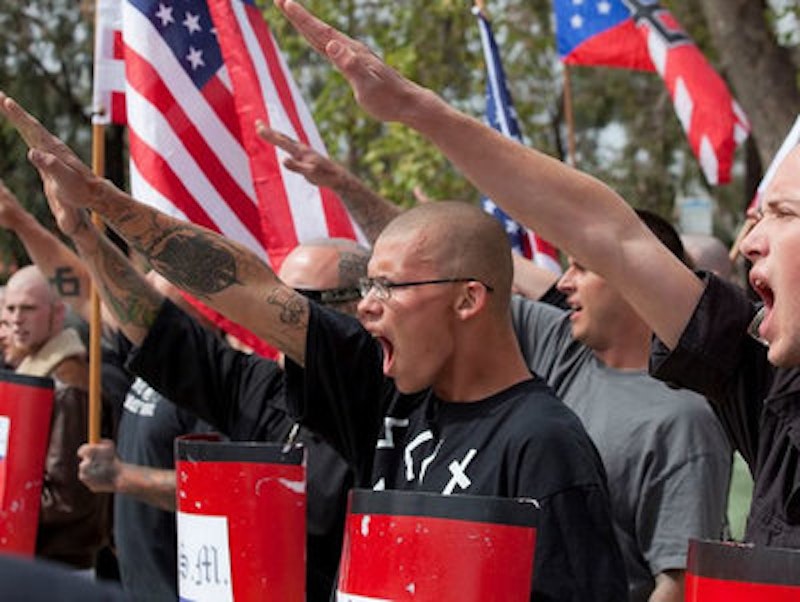 2015 was as unpredictable as LSD, and considerably weirder. Vlad Putin teamed up with a few of the countries that haven’t been completely annihilated by the USA and they chucked their wooden shoes into the workings of the rabid Imperial military-industrial death machine that American foreign policy has been since that famous 2001 drone technology commercial from Raytheon, Boeing, and Halliburton.

Donald Trump t-boned what was promising to be the most boring presidential campaign season ever and resurrected the ghost of Huey Long. American blacks were duped into promoting racism by Black Lives Matter, a leisure service of George Soros, former youthful Sonderkommando. Speaking of NSDAP, having escaped to the dark side of the Moon after Hans Kammler’s decisive defeat of Admiral Byrd’s forces in Antarctica in the late 1940s (“Operation Highjump”), it seems that they’re coming back, and not just to mutilate cattle or assrape farmers. Mein Kampf is being published in Germany for the first time in 70 years. The biggest selling retail items in America over Christmas besides Star Wars trinkets were guns and ammo. I see a lot of Confederate flags flying, even in Germany.

It’s long past time that the whole tiresome 20th-century Cult Of The Victim paradigm got thoroughly deconstructed. It’s a cardinal rule of human relations going back to when we first swung down out of the trees to gobble cannabis: every victim eventually becomes a bully. Witness Israel. BLM is dead wrong on cops being racist. The cops in this country are out of control, and they are equal opportunity murderers, with a demonstrated preference for the poorer demographic, as well as puppies, guide dogs, and cats. Random drug testing for steroids might help. BLM is simply a blunt instrument of the “Divide et Impera” crowd, designed and executed to keep working people divided. It’s just like all the gender bullshit. Why don’t feminists support gun ownership? Guns prevent rape. There is no such thing as “safe space.” In space, no one can hear you scream, right?

I’m going to call Bruce Jenner “Bruce” until he gets his cock butterfly-shrimped into a vagina and shows off his nifty new labia (no doubt transplanted from an involuntary organ harvest in Thailand) on the cover of Vanity Fair.

There’s a lot of chatter going on about assassinating Trump. That’s the sort of thinking going on. The self-appointed Aristoi rarely think their plans through. I don’t know if he’s requested Secret Service protection yet (he shouldn’t), but I’m certain he has a superior private personal security team. He also packs heat himself. How awesome would it be for a presidential candidate to grease his own potential assassin in front of God and everybody? You could call off the election the next day. He’d be more popular than Putin.

Jeb Bush is giving retarded people a bad name, and what is that creature he’s married to? Isn’t she in one of those questionable Mars photographs? Did they breed? Who allowed that? Ted Cruz was born in Somalia or Montreal, he’s out. Marco Rubio is Florida, fuck that, he’s Cuban or something, all the bath salts and cannibal amputee sex with underage girls. If they don’t kill him first, it’s going to be Trump.

If you want to see what real white racism looks like, check out dailystormer.com. That’s white racism. A 62-year-old crippled white man crossing the street to avoid a group of black kids coming up the sidewalk is not racism. It’s basic survival. I don’t want to have to shoot you to get home alive. The big thing about 2016 is the return of the fucking Nazis. You can’t say you didn’t ask for it.