The Girls Who Ask Me for a Dollar 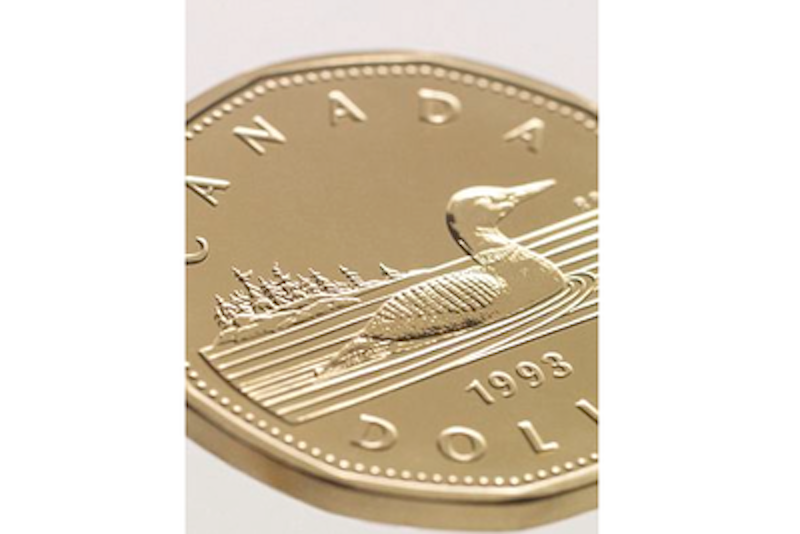 When I first moved to Montreal, something odd used to happen. One girl or another—always a pretty girl—would walk up to me, look me in the eye, and ask for a dollar. Unlike America, Canada has dollar coins and two-dollar coins, fat things that jangle in your pocket. Stick your hand in and they’re impossible to miss, assuming you have them on you. A guy acting on reflex could have found himself handing over the money before his head cleared.

I’m happy to say I never did, or at least I don’t think I did. Maybe the very first girl managed to roll me. This is years and years ago, and I was off anti-depressants, so my memory of that summer is far from sharp. But no, I bet I didn’t hand anything over. Yet I felt ashamed. That’s because I hoped. A pretty girl comes from nowhere and wants to talk to you, and you think that life is finally snapping into place. I had just come from a long stint of backpacking, and backpackers spend a lot of time hoping and angling for somebody of the appropriate sex to get with the program. For most of us all this comes to nothing, and I’d never tried much with the angling side of it. But I did hope. When a dollar girl approached me, I’m pretty sure that hope lived in my face. It’s embarrassing to think about.

The girls were Quebecois and their accents were broad. “Doh-lahrrrrr?” they would say, hand out. You see that they didn’t put much effort into the pitch. They weren’t trying to charm or fast talk. The aim was simply to catch you off guard, and that was accomplished by throwing the normal state of things into reverse. They knew that men walking down the sidewalk sneak looks at passing girls, and that the girls very rarely give the men the time of day, not even with their eyeballs. The man’s day-to-day, routine habit sets him up for the scam, and the scammer just needs a teaspoon of gumption to act on the opportunity.

I forget how many girls tried me. Four? Six? I remember just two of them. One was a mouthy thing and she called after me as I staggered past. “Hey,” she said in English. “Wake up, you, okay? What is your pr’blehhm?” That was her Quebecois way of saying “problem.” The problem was that I had hot sun in my eyes and an Effexor deficit roiling my head. She didn’t want to know, of course. This particular girl had more than a teaspoon of gumption, and people so gifted feel no concern for the likes of me. She was obnoxious and saw that I was cut out to be her victim.

The other was more my speed. I think she was the last of the string and came along in the fall. Maybe she’d finally caught on to the fad and met the fate of so many tag-alongs, namely that the great thing was not as great as she heard. “Doh-lahrrrrr?” she said. By this point I was back on Effexor, and I smiled and nodded at the girl. “Sure,” I said, and I stuck my hand out. “You want to give me a dollar? Yeah, I’ll take a dollar.” Her mouth hung open; she was dismayed. If nothing else, the English probably confused her. But maybe I had read her just as the obnoxious girl read me. People have a pecking order.

Years passed and no more dollar girls. The phenomenon had come and gone. Sometimes I asked people about it; I figure everyone else knows more about girls and boys and their activities than I do. But nobody could tell me how the fad had started or why it had stopped. One summer the girls asked for dollars and then they didn’t. I’ll add that during these years, like the years before them, I was alone.

Last week I was nearing the end of a long subway platform when a slim, high-breasted young woman rounded the corner and found herself square in my path. She had metal bits hanging from her face, and her features were neat and regular and showed touches of makeup. Her clothes—tight jeans, jacket, I don’t know what else—looked expensive and well chosen, and her eyes locked mine with the confidence of somebody whose dad and granddads have done well for themselves. Anyway that’s how I read her.

Her accent was clear English Canadian, no Quebecois about it. “Excuse me,” she said, and I thought, This again? This is back? “Can you spare a dollar or two?” she asked.

“Thank you,” she said. “I hope you have a good day.” She gave me a crisp nod and moved on.

Here’s something I like: she hadn’t caught me looking from the corner of my eye. Chance, meaning the subway platform and its corner, had thrown her in front of me and she had decided what the hell. I hadn’t set myself up, and hope didn’t show in my face. I’ve given up on hope, and sometimes that’s nice.