The Year I Wrote Nothing But Opening Paragraphs

One man’s quest to write the first paragraph of the Great American Novel ends at Applebee’s. 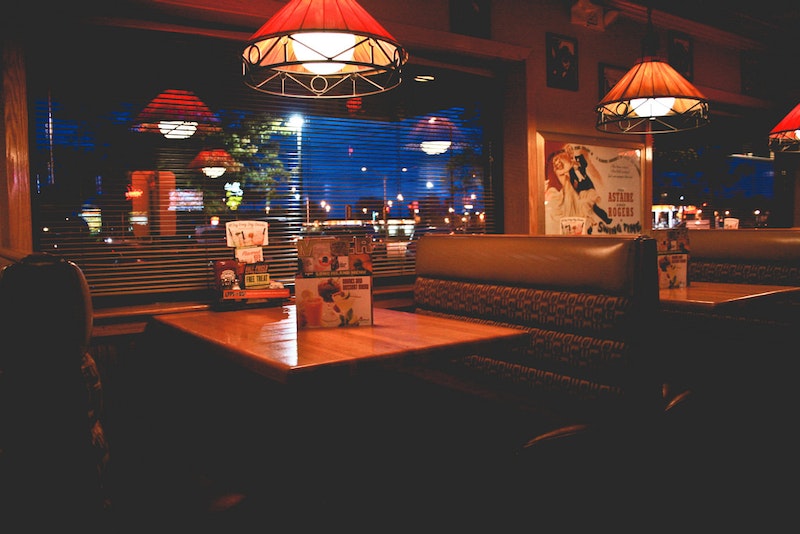 He’d won a prestigious writing fellowship, this friend of a friend of a friend, because other people read his work. No one, not even my harshest critic or my secret sharer, had ever bothered to read mine. My work was “Gene Yuss,” to quote that Cracker Barrel pegboard game… of that you can rest assured. But if you can’t get past a first paragraph—and research shows 99.6 percent of readers don’t, even when the book is as good as Kate Upton’s Video Game of War and Peace—you’ll never discover what you’re missing.

I turned to Camden, my long-term "BFF," and tried to muster as determined a look as a beaten-down, can’t-win-for-losing sad sack such as myself could manage. “So here’s what I’m going to do, baby: I’m going to write an entire book of amazing opening paragraphs,” I said.

She glanced up from her Sega Game Gear, on which she had led Sonic and his fox friend Tails past the dreaded Green Hill Zone #1. “What did you just call me?” she asked.

“I called you ‘lady,’ because you’re such a pretty lady,” I lied, hoping that my killer Jerry Lewis impression would compensate for my pathetic attempt to assert my dating-material bona fides.

“Okay, whatever,” she said, returning to her game, which was among the most popular handheld titles released in 1992. “I need to get these last couple of rings or I’m in big trouble.”

Opening paragraph: The hardest part about the past, at least for me, is that you’re in so much of it.

“Do you like that one? That one’s about you, Camden,” I explained as she continued to furiously push buttons in a futile effort to put that egg-sucking dog Dr. Robotnik in his place.

“Sure, Oliver. You write what you think is right,” she said. As she played, I marveled at how she was somehow able to drive a car while keeping neither a hand on the steering wheel nor so much as a single eye on the road. She was gifted, my Camden, my baby, my pretty lady.

Opening paragraph: My birthday present for turning 16 was a wild night of sex with my half-sister. After seven minutes in heaven, I wondered why it had taken me this long.

“This one’s a bit on the racy side,” I continued, “but I think that fans of my work on literotica.com might like it.”

“Keep going in that direction,” mumbled Camden, still engrossed in one of 1992’s best-selling handheld games. “It’s ambitious and it’s definitely a story I know is from you.”

Opening paragraph: Of all the people I ever knew, John Wilkes Booth wasn’t one of them. But I felt like I should know him; I felt the world owed me this much. This was just one of many things I felt in my heart.

“Did you call me Cammy, Oliver? You didn’t just do that, did you? How would you like it if I called you Ohvuh?”

“No, no,” I stammered, racking my brain for an acceptable excuse. “No, we just passed a Denny’s and I wanted to see if you’d like to go there sometime and get a Moons Over My Hammy. It’s a heck of a sandwich, one of America’s best. That’s why they call it the 'Taste of America.’”

“People call it that? All the food there tastes like sawdust and angel tears, Ohvuh. Aw fuck, I completely messed up that jump. Is my Ecco the Dolphin cartridge in the glove department?”

I reached in and retrieved the game. I’d never liked Ecco—I thought most of its missions were long and tedious, and I’ve always hated the sea—but I respected its staying power. Like Sonic and Tails in Dr. Robotnik’s Revenge 2, here was a game that had withstood the ravages of time.

Opening paragraph: Veteran wrestler Eddy “Flap” Jacks eased his droopy, shit-stained wrestling trunks over his enormous grandpa ass, in the process obscuring a field of carbuncles and abscesses that had left me and a few of the other boys in the locker room feeling sick to our stomachs. After rubbing bacon fat all over his sloppy gut and man-boobs, Jacks hoisted a trunk-like thigh onto the bench near where I was changing, thus affording me an unforgettable glimpse of the distended testicles that accompany an inguinal hernia. “Fuck you, Kowalski, I’m gonna go out my way,” he told me. “I need the 50 bucks.”

“Life is eternally new, which gets old,” I mused aloud as Camden pulled into the parking lot of the Applebee’s Neighborhood Bar & Grill where we were doing happy hour with some of our “besties.”

“Hey, that one sounds real nice. You should write greeting cards or something,” Camden said. “That could be a good job for you. You’re always talking about doing something different, about how whatever it is you’re doing is a bad fit or doesn’t challenge you.”

I’d never said anything like that to her, but hey, she could think what she wanted to think. At least she was talking to me instead of at me or over me. “I mean, how do you find a swell greeting card job like that?”

“I don’t know,” she said. “I’ve never wanted a writing job. But it sounds neat, doesn’t it? It could be a second chance at a first start for you.”

She didn’t know what the hell she was talking about—Camden indiscriminately spewed words, preferring them to sentences—but what she had just said sounded nice. As I tried to push the thought of unlimited boneless wings as far from my mind’s eye as possible, I had to admit that I longed to start over and do everything differently, yet still poorly enough to bring about my ruin. It’d always be wrong, because you can’t please any of the people any of the time, but it’d be something else, something I hadn’t experienced, and there’s a lot to be said for that.

Concluding paragraph: Of course it ended like that. Everything has ended, and everything ends.