Talk to yourself, not Trump. 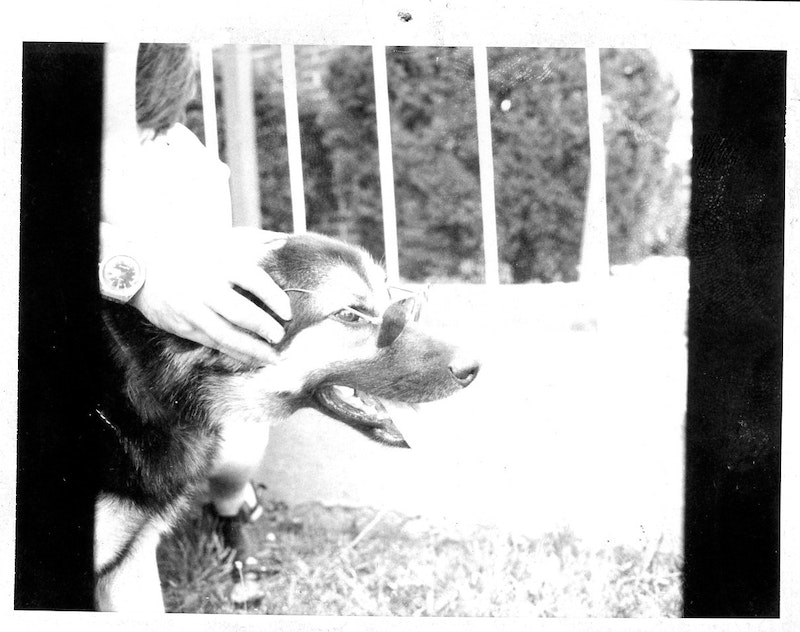 Several years ago I wrote a whimsical essay about how, almost on a daily basis, I talk to myself. Could be making fun of some brain-dead co-host of a morning TV show—it disturbs me disproportionately when the word “super” or “deeply” is used every other sentence or if a handsomely compensated anchor says, upon sleep-walking through an advertorial on some expensive product that he or she will have to check the bank account for a possible purchase—or simply amusing myself with a monologue on matters trivial or important while walking down the street to get a cup of coffee. I don’t sing in the shower, folks—another word I hate when used by journalists or politicians, a more benign description of the odious and condescending “ordinary people”—I just talk to myself and don’t plan to stop, mostly because I’ve done it my entire life.

So it shouldn’t vex me—but it does—when morons on, say, Twitter, talk back to Donald Trump after he’s once again made an ass of himself with an incomprehensible statement. Like last weekend when Trump proclaimed, in reaction to Michael Wolff’s Fire and Fury, that he’s a “stable genius.” Less than a minute later, millions, I guess, addressed him—as if he pays attention—professing that no, in fact, he’s a “bigly” idiot, and then throwing in the dollop of “Sad!” as if they’d just written the perfect first sentence of Richard Ford’s The Sportswriter. More prosaically, it ticked me off when citizen journalist after citizen journalist besmirched the reputation of the late Mr. Ed, showing the “genius” horse in a stable with his sad-sack putative owner Wilbur. Nothing is fucking sacred. (I also find Trump grotesque, but won’t compare his IQ to that of my boyhood dog Scuttle—pictured above—an eccentric mutt who loved to bite mailmen and did her best to make our Huntington, Long Island neighborhood Great Again.)

So I’m going to talk out loud, or in this case, write out loud. Why is Wolff’s book receiving about a bazillion—for your reading pleasure, send rare coins when you get the chance—times more attention than King Krule’s superb record Ooz that came out last fall? Like, that’s just super-unfair to The King. Oh, and I should add that while I’ve no plans to read the Wolff book, I think it’s most excellent that he’s going to mint a fortune the size of Chuck Schumer’s ego from the runaway sales.

Wolff’s taking a lot of stick for pulling a Bob Woodward and fudging with passages, supposedly imagining conversations and proclaiming on one of his 1,452 TV appearances that hell, sometimes you’ve gotta go get the story and if it’s not quite documented in a kosher way, well, the spirit was correct. It’s hilarious how robo-reporters who pretend to cover the White House, but really just react to Trump’s tweets, are huffing and puffing and not blowing the house down, are trashing Wolff for putting the entire media at risk, for now the “ordinary folks” won’t know what to believe.

Excuse me? The entire media industry—with a few exceptions, such as The Washington Post’s Greg Sargent, a hard-working liberal who shuns most gossip and Trump ephemera and instead writes about actual policy, and on occasion, horrifying developments like the Administration’s reckless and sadistic plan to deport over 200,000 immigrants from El Salvador—is working (if it’s called work) with a pair of deuces and has been since members of The Permanent Government propped up Trump’s candidacy in 2015.

You see it happening now with Oprah, after her allegedly inspirational address at the bankrupt Golden Globes Awards show on Sunday (I passed in favor of several early episodes of Law & Order, when District Attorney Ben Stone was magnificent in matters pertaining to baseball, Catholicism, and judicial morality). I’d guess Oprah could run for president—she claims no interest, or did a half hour ago—and, in this political environment, it’d be water off my back.

I think the only time I ever watched a clip of Oprah’s TV show was when Tom Cruise was scrambling his 25 brain cells jumping on and off sofas in the host’s studio, but I do remember the once-large Oprah back from her days at Baltimore’s WJZ-TV. I didn’t watch her then, either, but that TV station did happen to play my City Paper in softball games—the guys, mostly pricks (in fairness, we were all younger, and the CP team fielded some obstreperous sorts), were outfitted in fancy uniforms while we wore cut-offs and t-shirts and then won most of the games—and Oprah was a vocal spectator, and I have to say, a real sweetheart, admonishing colleagues for excessively rude behavior.

I can’t get any traction with this notion, but seems to me that if the Democrats want to nail down the White House in 2020 they ought to skip all the Oprah/Biden/Bernie/Harris/Booker horseshit and tap young Rep. Joe Kennedy III (the “good” Kennedy who allegedly doesn’t drink or boff cocktail waitresses on tables after hours). Ignore the malarkey about the detriment of “dynasty” and that he’s not yet 40. True, Teddy made a hash of his run in 1980, but that was 38 years ago, and, unlike his grand-uncle, Joe appears able to speak passionately on the Capitol floor about liberal issues without benefit of a speechwriter. Besides, Ted Sorensen’s dead, as are most of the Camelot hangers-on and media shills from that era.

As of today, the easy money’s on the Democrats taking back both chambers of Congress this fall, though not in the numbers to prevent gridlock, and the Party’s set-up for 2020 ought to be smooth. Personally, I don’t look forward to the Democrats controlling everything—more regulation, more taxes, endless sanctimony—but like the Trump presidency (and I’m assuming he won’t run again, proclaiming his “work is done”) that regime’s period in American history won’t last forever.