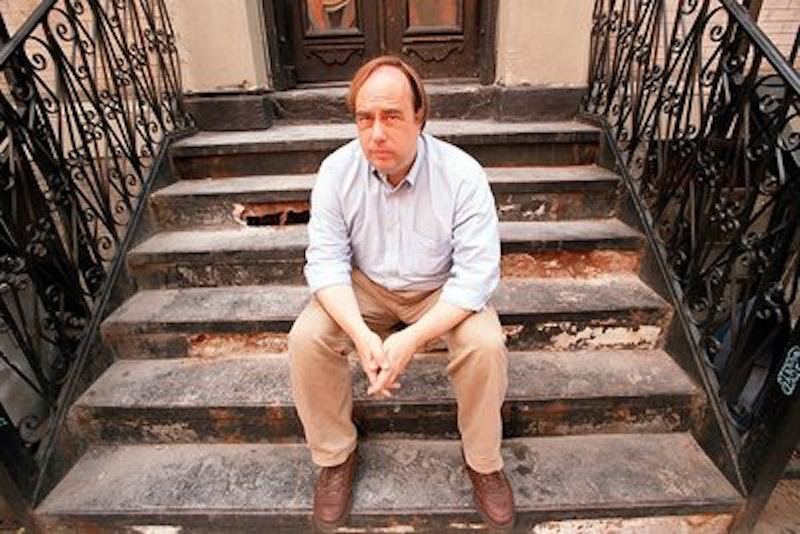 I wonder what will become of the venerable James Wolcott now that the prospects for serious ballet criticism are dying.

I’ve learned a lot from this connoisseur of Terpsichore over the decades. Though it’s been years since I’ve patronized the dance (I haven’t set foot in the Cleveland Ballet since I gave up my full-time legal practice before the turn of the millennium), I remember some of the lessons I learned from him. It was Wolcott who educated me on the superior virtues of Veronika Part’s performance in the Lilac Fairy variation of Sleeping Beauty; who “brought me around” to an appreciation of George Balanchine, despite my aversion to ethnic Georgians, those anti-Russian cutthroats.

Our “culture” grows uncongenial to letters. I fear for the professional futures of serious critics, even those as well-connected as Wolcott. Google informs me that the Conde Nast magazines that have underwritten his efforts for decades are transforming themselves into blogs, basically, full of short-form commentary on a moronic pop culture.

I don’t mind losing Vanity Fair, but I’d mind losing Wolcott. Another light would flicker out into the darkness of neo-liberal barbarism; the greatest Anglophone critical voice since Edmund Wilson’s would lose its microphone.

On a recent nighttime trip into Cleveland (I had to visit a private library in an iffy neighborhood there, to do research for my book), I had the opportunity to learn the answer to a question I’ve long asked myself: how would I react were I to be “mugged”?

I don’t want to get into the details. You can imagine: my car parked on a dark street; the materialization of spectral presences out of the shadows; the rush of adrenaline as, in abominable English, they voiced their demands.

The blood pounding in my ears, the moment over before I knew it, I’d offered the young brigands my luckily mostly empty wallet (they had no interest in my ’96 Camry) and they were gone. They hadn’t laid a hand on me, but they left me shaking as I stood there in my sandals.

I could hardly concentrate on my work in the library, such was the rage and defilement I felt. But by the time I gingerly emerged onto the street again, I felt exaltation. In my own small way, I’d learned what it means to be martyred. In miniature, I had tasted the fate of St. Athanasius of Surgut-Krasnoyarsk, disemboweled by the Tsar Ivan’s Oprichniki and then choked on his own feet; of St. Vasily of Novaya Kalami, decapitated and gang-raped by Ottoman light cavalry after the Battle of the Sparrow’s Glade during the holy struggle against the Mohammedan Turk in the year of our Lord 1878; of the Forty-Five Martyrs of the Eparchy of Tyumen-Chelyabinsk, set on fire by the Polish Catholic devils in 1606, during the impious epoch of the False Dmitry.

Oh, what a gift to be a Russian Orthodox Christian! What a gift to—feeling the spittle in my face and the lash of the flaying tool on my back—turn, like the Son of God himself, the other cheek!

An idiot overheard on my car radio claims that 2018 will be “the year of cryptocurrency.”

More likely are apocalyptic economic times ahead. The bubble economy conjured out of thin air by the usurers who administer, and vampirically profit from, our global capitalist dispensation will explode by—at the latest—June.

The postmodern utopia that our masters imagine will be cancelled. There will be no libertarians in virtual reality glasses zipping bitcoins to each other’s online wallets via their smartphones. Those technocratic whiz kids will be lucky to access enough electricity to power their analogue radios, so that they can monitor the progress of the armies of the dispossessed as they storm over a charred American landscape, bent on vengeance—vengeance against the former parasite elite, cowering in its Silicon Valley mansions and Manhattan condominiums in the last hours of its existence.

There will be no “crypto economy” in 2018 or ever. Even gold will be useless in the catastrophe towards which our obscene society sails. I expect that the “currencies” in use in the former USA this autumn will be the basic elements of life, bartered hand to hand by the desperate survivors of an America the population of which will have by then halved: a liter of uncontaminated water, the last few vials of extant penicillin, a string of dried smelt.