The Spirits of Ireland

The booze, the ghosts, the people. 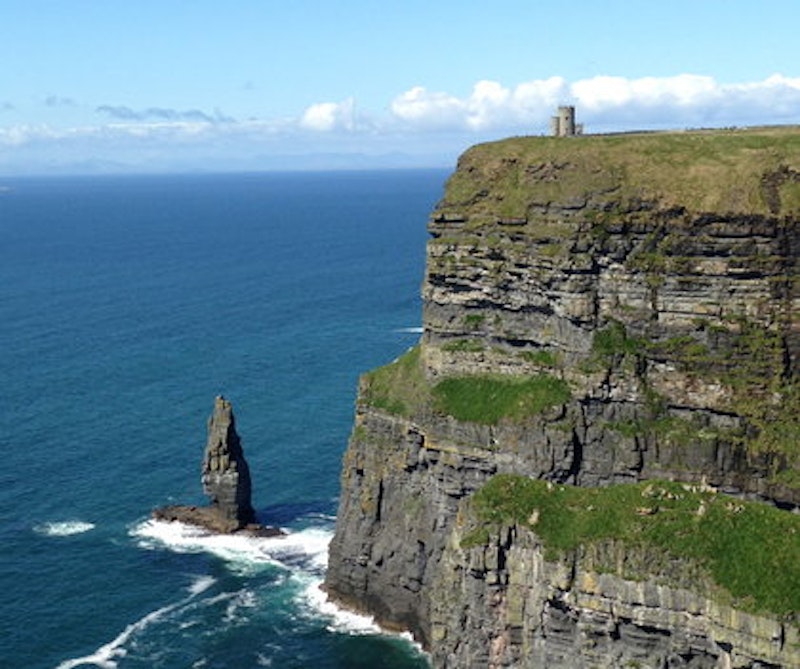 I traveled to Ireland on a tour of ancient sacred spiritual sites. One of 22 people, I was there as a journalist. Everyone else was there because they were "called there." Led by a master shaman and spiritual thought leader whose teachings they follow, the group was there to spiritually connect with their ancestors, bring offerings to ancient goddesses, and take part in meditative healing ceremonies.

Even though when they talked about being led by “Spirit” (sort of a God-like deal) they meant something different than I did when I talked about experiencing spirits (in the pub), I actually found I had a lot in common with a number of women on the trip and connected with them in surprising ways.

To fill you in on the backstory, the shaman apparently originally hired me because Spirit led her to. I was "meant to be on the trip," which is why I was there despite having been fired from it. Okay, here's the part where everyone starts thinking I ran away to Ireland to join a cult: I think she's right. I was there for a reason.

My favorite thing about the country was its people. They’re funny. I don't think I met anyone who wasn't funny, and don't think I’ve ever laughed so much in my life as I did in a week with the people of Ireland. I gravitated toward spending time with the locals. I jokingly started saying everything was "grand" and "mighty" in a fake Irish accent to them, and they started saying "totally goddamn awesome" in a mocking American accent to me. Laughing with Irishmen/women made me feel connected to that land—maybe my great-grandmother immigrant's family was this funny, I thought, and it's why I'm a humor writer now.

Many of them drink. A lot. Maybe this is why I'm a child of alcoholic parent/grandparents. The only family history I know is that when my grandmother's family came to America, there was a brouhaha called the Molly Maguires involving Irish "mafia" Pennsylvania coal miners, and that her McCormick name might have been manufactured to hide the family's identity. Saying I gathered from my trip to Ireland that my heritage destiny is to be a drunk, funny outlaw is oversimplification but not altogether a disappointment. It seemed like everywhere I looked in Ireland, the word "Maguires" popped up like a haunting message. I ordered a book about them, and want to see the Sean Connery film.

I learned in Ireland how to be quiet, how to listen, how to let your mind wander to a point where some healing shit actually can happen. I learned that it’s okay to be yourself. I was with a group of women who are talented in a range of abilities, from Reiki and massage and yoga to Tarot cards, spiritual guidance and (though they don't like to refer to it as this) psychic ability. I’m a believer in many of these things because they have helped me in the past. Although I was in a group of strangers, I somehow fit in, and that was a unique experience for me. In a world where I often feel lonely, I suddenly didn’t. I learned that the Gaelic phrase “anam cara” means soul friend, and I believe I met a few.

Did I think some of it was kind of a bunch of bullshit? I did. There's a line between what my mind, new to many of these concepts, was willing to accept, and on the other side of that line is thinking every photograph has orbs in it, that you will piss off the faeries if you don’t leave them something cool on their tree, that it's raining and windy because a goddess is bitch-slapping us. I'm not saying all those things aren't true, I'm just saying I sometimes rolled my closed eyes. Not my job to judge, just observe. I've come to a better understanding that some people believe things that you don't believe, and that this is okay. Also, I left sea glass earrings on the tree because the last thing I want is pissed-off faery karma.

It’s not like I found my inner spirit soul goddess and reached full spiritual enlightenment in Ireland, but that doesn’t sound like the worst thing in the world to me now. I experienced meaningful connections. I ate, I drank, I laughed, I cried, I sang, I danced. If those things are spirituality, then I'm a believer, because that Kool Aid is feckin’ delicious.

—Mary McCarthy (@marymac) blogs at Pajamas and Coffee. To see a slideshow of her photos from the Ireland trip, click here.