I’m Going To Be a Renaissance Man, Pop!

I’ve decided that I’m not going to decide. 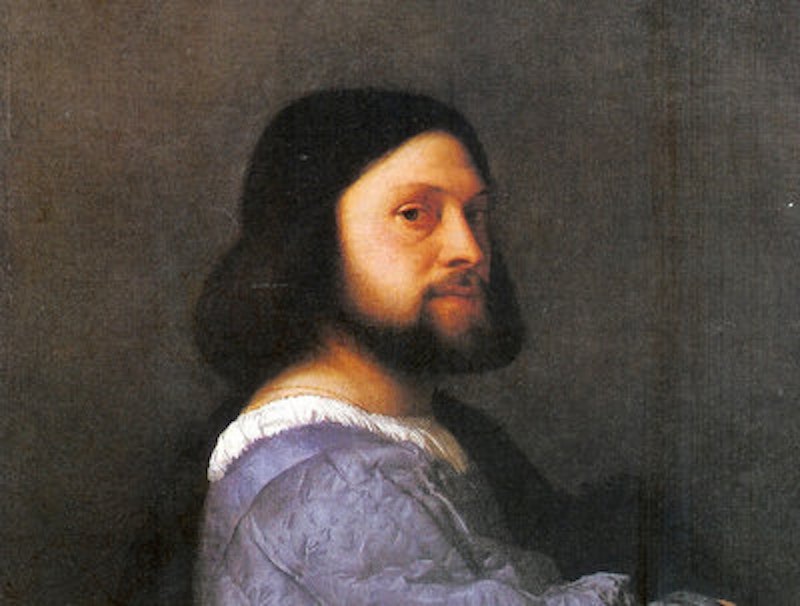 Dad: This is fantastic news! Your mother and I have been going through a lot of Ambien and Prozac over you. It was getting awkward running into acquaintances at the grocery store who ask what your plans are. Plus, we were beginning to think that we’d erred in raising you; being too supportive, not emphasizing hard work enough, telling you that you can be whatever you want to be. Your mother and I discussed charging you rent for living in our basement with the hope that it would encourage you to pursue higher-paying employment. Fill me in.

Son: Sure Dad, no problem, glad to help. So here’s the big decision: I’ve decided that I’m not going to decide.

Dad: [Experiences a range of physical reactions. First, Dad’s face drains of all color. Next it becomes bright red and a blood vessel in his neck throbs. Finally, Dad’s face settles into a shade of lavender. He’s mute at first and then emits a deep grumbling sound that resembles the word “What?”]

Son: I’ve decided that deciding what you are going to do before you actually do it is a folly. You get pigeonholed into one career and before you know it you’re old, doing something you are only moderately good at and derive minimal satisfaction from. So, my plan is to not have a plan, but to feel it out as I go and resist social pressure to have a quick and neat cocktail party response to the question: What do you do? Or I can just say, I’m a Renaissance Man!

Dad: What the hell is that—a Renaissance Person! Are you telling me that you’re gay?

Son: Probably not, but it’s always been a great comfort to me that you and mom would love me exactly the same if I were. To answer your first question, what I mean by Renaissance person is I’d like to approach my career as an evolving interest rather than a long-haul, 40-year plan. I have a wide range of interests and I’d like to explore them simultaneously. I’ll get a job that I think I could be interested in and then have all these creative side projects going at the same time to see if one of those piques my interest more. Eventually, one of those side projects may prove to be the main thing I will do. If my day job doesn’t interest me, I’ll quit and wait tables until I find something that is more up my alley and continue my creative side projects all the while.

Dad: I’m sorry, we spent $160K on your liberal arts education so you can poke around and wait tables until you find a good fit?

Son: Yup. I know it doesn’t make for a very inspiring grocery store conversation, but after considering my options, I’ve decided it’s better than the alternatives. I read an article yesterday that says that your generation is experiencing a 30 percent suicide spike, not to mention that some of the most prestigious jobs are associated with high levels of unhappiness. I look at people like you and mom, people who played it safe and lost a lot of money in the stock market. I guess I just don’t see the point. Since I recently discovered that I am going to die some day, I figure I should make the most of life and do something both challenging and enriching.

Dad: When are you going to wake up and realize that work is work, that you are lucky to even have a choice, that the real world—the world that people only over the age of 30 appear to inhabit—has real constraints like health insurance, housing payments, retirement plans, car payments, dental care, loan payments, medical bills and that is all before you have children? After you have children there’s your children’s medical bills, life insurance, college savings plans… [Dad goes on for 15 minutes enumerating living expenses]. Money doesn’t guarantee happiness, but it sure as hell helps. Have you ever met a person in true financial distress who is on cloud nine?

Son: Actually, no. Thanks to your careful choice of neighborhood and school district, I never really had to meet anyone different from me. In fact, I’ve spent the vast majority of my life in a classroom or on the Internet. But in spite of that, I do, somehow, have a vague impression that I’m lucky—so thanks a bunch! I just don’t want to be 70, look back on my life and say, “At least it was insured!” I have no idea what I want to do, which seems like all the more reason to try some different things out to find a good fit.

Dad: I’m sorry, trying things out until you find a good fit is not good for our sleep cycle. Humans do not like uncertainty. It would really help us out if you could have a more definitive plan. Not to mention that this is terrible news for your resume. At least consider graduate school—you can figure it out there. People who have graduate degrees experience a 16 percent increase in lifetime earnings.

Son: Yes, historically that’s true, but there’s also a lot of evidence to suggest that those trends are changing, that employers increasingly see grad programs as out of touch with what they do.

Dad: That may be true later down the line, but for now, people who are in hiring positions are still more likely to have a graduate degree and people like to hire people like themselves. That’s exactly why your mom could only ever make 77 cents on my dollar! You’re lucky; you’re a white guy! People at the top look like you, they talk like you! They spent summers on the shore, just like you!

Son: Gee, I dunno Dad. I find that perspective lacking moral courage, and at least in theory, I am opposed to profiting from a system of disenfranchisement, but you do have a point. But, consider this: graduate school is very expensive, not to mention highly specialized. It seems highly risky to spend a lot of money on something that I’m not sure I’m interested in.

Dad: Everything is interesting when you dive into the details.

Dad: It could be. Is accounting one of the things you might be interested in? You could have a hobby like golf, or metal welding on the side. I have many accountant friends that could talk to you if you are interested in that.

Son: No, thanks dad. I have another bone to pick, though. In your career advice, I don’t hear any mention of helping others, life satisfaction, happiness, making the world a better place.

Dad: Well, one of my evolutionary adaptations as a parent is to not care about other people; I only care about you. Let the rest of the world burn. Happiness isn’t what we’re aiming for with you: we just want you to be safe, and not entirely miserable.

Son: But dad, don’t you want me to thrive?

Dad: Unfortunately, doing things that cause one to thrive are often risky. So, no. Your mother and I prefer you take the tried and true path. You won’t necessarily thrive, but at least you’ll have a two-car garage.

Son: Okay, well, with that in mind, I’d rather take the risk and thrive, so it appears we’ll just have to agree to disagree. I have a proposition though: I’ll pay the co-pay on your and mom’s Prozac and Ambien if you’ll stop bugging me. Thanks to the health insurance that your uninspiring jobs provide, that’s only $20 a month, and I consider that a small price to pay in exchange for an end to the incessant nagging and pressure.

Dad: Do I have another option?