The Girl With No Fingerprints 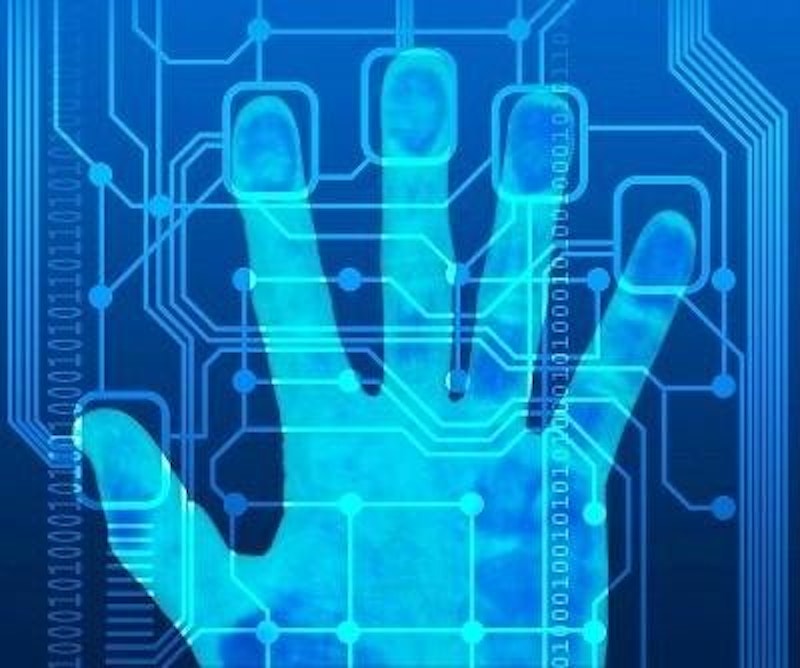 The phone rang, which it rarely does, and "Board of Education" appeared on my iPhone screen. I had the momentary motherly heart-catch-in-throat moment. The call could have come from any of three kids' schools—the caller id shows the same way for all of them. I always worried first that it’s a child with a broken bone or gash in the head. One time, the call reported a kid had gotten hit in the mouth with the tire swing and needed stitches.

"Yes?" I said, wondering which kid it was.

"We are going to need you to come in and get fingerprinted," she said.

"Fingerprinted? For what?" I knew not joining the PTA was going to come back to bite me in the ass.

"You are signed up to chaperone the high school marching band trip and it's county policy that we need fingerprints on all volunteers. You will need to bring two forms of photo ID and $50 in cash."

You gotta be kidding me, I thought. She wasn't. Am I getting punked? I know already that I'm not a criminal for free, so it seems to me if you want to discover my criminally boring past, you should pay, not me.

The next day, I went into the government building with the bossy "use this door only" sign on it. I observed that there is no inkpad, like I'd envisioned. Rather, fingerprinting is done by computer. I put each of my fingers on the touchpad, and after a few minutes of repeating that drill and the woman looking puzzled, I noticed the red "REJECTED” sign displaying on her computer screen. She kept asking me to hold my finger different ways. REJECTED. She asked if I had hand lotion on. No, I said. She put special lotion on me. Still: REJECTED. All ten fingers.

She asked for another woman in the office to come over. The other woman, who obviously had years’ more experience fingerprinting soccer moms, looked at me and asked if I worked around chemicals. No. Then she asked what I did for a living. "I'm a writer," I told her. "For your job? Full time?" she asked.

No one ever thinks writing is an actual job.

"Yes," I said a bit defensively, thinking well it beats fingerprinting innocent field trip parents who are trying to take their kid to Hershey Park for a band competition, jeez.

"So you've been working on a keyboard full time for how many years?"

She seemed satisfied. "Ah," she said. "You wore them off."

Excuse me? I WORE them OFF? My fingerprints! What the fuck?

"It's okay," she said, "we can just do a computer background check."

Oh sure, I thought, easy for someone with fingerprints to say.

What a weird, weird thing. Probably even weirder that I started thinking about OJ Simpson and how now, if I wanted to murder people, I could get away with it without gloves. People should hire me to do crimes for them. My dad suggested I pursue a career as a safecracker. They file their fingerprints off, he said, not just so they don’t leave fingerprints, but so their fingers have more sensitivity for detecting subtle clicks and cracking the safe. My dad is full of random knowledge like this.

A few days later, a very scary looking letter came to my house from the Federal Bureau of Investigation. It’s not every day you’re shady to the FBI. I briefly wondered which Facebook profile pic they’d use at the post office on the “Wanted” sign. National security works like this: they sent a blank form with blank squares on it and asked me to submit my fingerprints. This seems like an odd method of clearing free-range finger-printless criminals. I don’t happen to have an inkpad, so I thought about using my kids’ Crayola markers to draw (in five different colors, obviously) on my fingers and send off rainbow prints to the FBI.

But then I ran into the expert fingerprint lady at the gym (it’s a small town), and after rolling her eyes about the FBI letter, she told me to just come back in to her office for re-fingerprinting. I asked her if we couldn’t just use the “no fingerprints” thing as an excuse to get me out the band field trip. Who wants FBI suspects chaperoning schoolchildren, right?

Alas, I haven't seen any safecracker jobs listed on Craigslist yet, so I guess I will just keep writing.