I’m in Ireland for some reason. 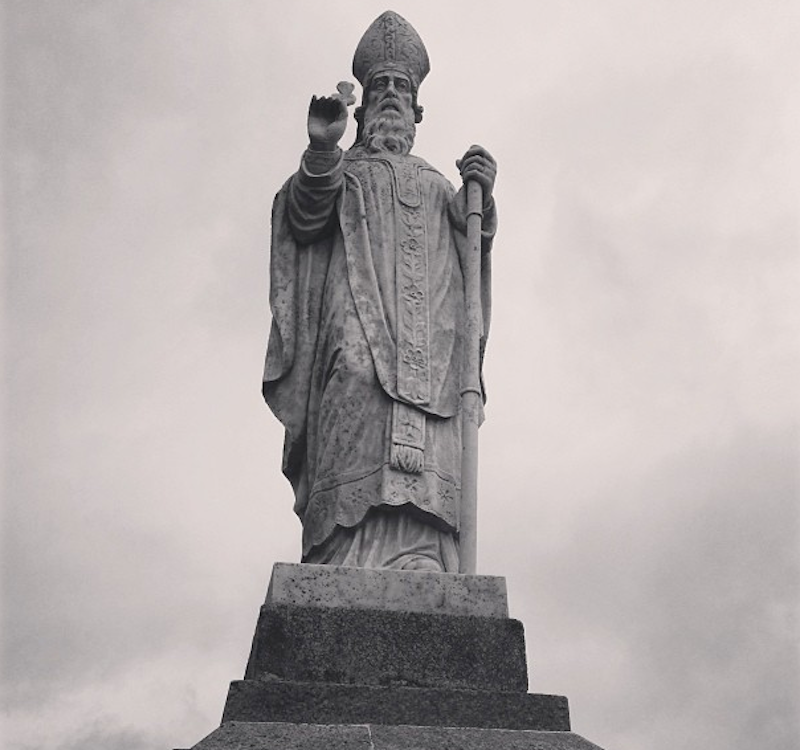 I couldn’t make this up if I tried. I was speaking at a writer’s conference a few months ago, and when I was finished, a woman came up and asked me if I did social media consulting. Yes, I said (thinking: only when someone’s willing to pay me to do it, which isn’t often). We met later, and she explained that she’s a shaman and was going on some mystical inner healing journey to Ireland and maybe I could come and be her personal blogger. She’d pay my expenses, pay a fee to cover me taking a week off from my job, and an hourly rate to get up and running.

I met with her at her house, where I was able to determine she wasn’t a voodoo witch doctor Satanist or anything. This was good news, because I was a little concerned that by “blogging,” she meant I’d be the human sacrifice at a big stone altar overlooking some really pretty cliffs from which my corpse would eventually be hurled into the sea.

Then one day, a few weeks ago, she fired me. She read my blog and found it irreverent. Given that I blog too often about my vagina, use phrases like “Cuntasaurus Rex,” post things like “11 Gayest Pictures of Hall and Oates” and share stories about how the only gods I worship are the gods of Jack Daniels and Slim Jims, I can’t say I blame her.

The problem was, she couldn’t cancel my ticket. The travel stuff was all in my name and couldn’t be switched out, so she invited me along for the trip anyway. That’s why I’m in Ireland this week. Follow my Instagram if you want to experience photos of the journey. Will it be awkward to be traveling with 20 people who are searching for inner beauty and healing and soul-searchy shit while all I want to do is drink whiskey and look for sea glass? Probably. I’m traveling alone so I have a stranger roommate. Will we get along? I mean, I snore. And I hate most people. Also: I’m pretty sure traveling halfway across the world with someone who just fired you isn't the best idea. But I'm going to make an effort on this trip to a.) keep my fucking mouth shut, which means b.) not mutter phrases like “kool aid drinkers” under my breath and just like c.) get along with people and maybe even find a soul or whatever.

Why am I going? I should be home, taking care of my four kids. Although the expenses were covered, I really couldn’t afford to take a week off from my editing job, and I have to pay for food. There must be a reason. I can’t say I know what it is. I’ve always wanted to see Ireland. My grandmother was a McCormick. Did I look up my family genealogy to find out what towns her family are from so I could visit them and weep about potatoes and immigration and whatnot? No, I’m too lazy for that.

I married a McCarthy. I have recently learned that the Blarney Stone is at a McCarthy castle. (No way am I kissing it, because I heard it’s covered in either piss or bleach depending on the day). I have also learned that, unfortunately, monarchies have fallen out of favor in Europe. Thus, I plan to approach the McCarthy castle lord, reveal my passport reading “Mary McCarthy,” further explaining my Twitter name is “Marymac,” my grandmother was born in one of these towns or villages, I have a kid named Molly and another who was born on St. Patrick’s Day, I love Lucky Charms, and my husband’s family went to Notre Dame. I feel this unique blend of qualifications shows that I am meant by the spiritual underworld and sacred ancient god types to go to Ireland and become Queen of McCarthy Castle.