10 Ways to Fail at Traveling In Ireland

The Irish don't even know what Lucky Charms are. 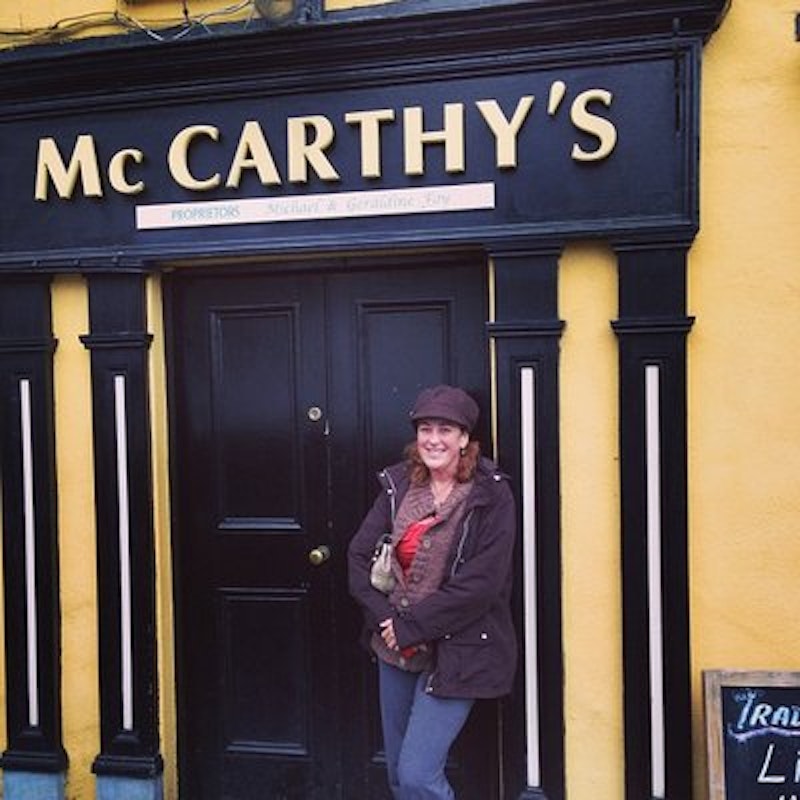 I recently returned from a nine-day trip to Ireland. Here are some of the ways I messed it up.

1. Didn’t bring enough Euros. It wasn't that I didn't have enough money, it was that I don't understand foreign currency exchange so when my bank ordered my Euros, I lost about 100 American dollars and it's not easy to find an Irish ATM machine (which they call "a hole in the wall") and take out Euros. Let's just say I don't do math, but the basic idea is that American money is a lot more expensive than Irish money. One thing I did learn is that you should bring Slim Jim's to Ireland because they've never had them and when they discover how delicious they are, you can use Slim Jim's as currency and the exchange rate is far better.

2. Pronounced "Slainte!" like it rhymes with paint. It doesn't. It sounds something like "cilantro" and after two Jameson's you will forget even the cilantro and start yelling "Cerviche!" to everyone and they don't have that at the pub, only potato and meat products.

3. Didn’t drink Guinness. Ireland does not understand your dislike of beer, and are immediately suspicious of you, even if your name starts with Mc. I managed to choke down half a Guinness on behalf of friends back home who would have given me a colossal amount of shit if they asked "Did you drink a Guinness in an Irish pub?" and I said "no." Just give me a Jameson. Which reminds me that:

4. No, they don't have Jameson 12, 16, or Black Label at the Irish pub, they have plain old Jameson, and will look at you like you're an annoying douchebag American for trying to say something after the word "Jameson." Only one place I stayed (a castle) had Jameson Black Label, which costs 20 Euro (roughly $500 American, I think) and it is worth it.

5. Packed like I was going to Aruba. If, like me, you've been to a few Caribbean islands but never Europe, you'll bring short-sleeved shirts and multiple pairs of flip-flops and a light jacket. It would've been a great idea to look at a map or a globe so I might’ve known I was going to be closer to Antarctica than Jamaica. Then, maybe I would've packed a sweater. An Irishman told me that the way they forecast the weather in Ireland is this: "If you can see the mountain, it's going to rain in five minutes, if you can't see the mountain, it's raining."

6. Rent a car. Seriously, though, don't. You'll die. I didn't die, because I was on a tour bus, which is why I am still alive. I saw how everyone else drove, and I would've died trying. Stopping because sheep are crossing the road? Best thing ever.

7. Asked what's in the (various colors of) pudding. Pudding is not chocolate and vanilla in Ireland. Pudding in Ireland is like whatever's left after they make Spam and Scrapple in the United States. There're parts of animals that you just don't want to know you're eating. Also, don't ask for ketchup, because that really gets you the "annoying douchebag American" face. Note: they don't use the word "douchebag," they just start quickly speaking in Irish/Gaelic so you can't understand them. But you can totally tell that all means "douchebag."

8. Drink the coffee. Ireland does not understand coffee. They don't give a shit about coffee, they just have a can of instant coffee that they will shove into a Starbucks mug (their way of putting a "Stupid American" warning flag on you) with some of the hot water they have available for all the tea they drink because they don't drink coffee. My advice? Just drink the tea.

9. Plan for weather. I didn't have an umbrella. The bed and breakfast owners, who I'm fairly sure dance around in the kitchen singing "Master of the House" at night, loaned me an umbrella from their "bucket of umbrellas we keep for moron American tourists" with a sympathetic nod. There will be so much rain and wind in your face that you will scream "Aunty Em." Then, just when you wish you were dead or were convinced you had become a rain puddle, the sun will come out like it's been there all along. Our taxi driver told us that by the time you go back inside to get sunglasses, you’d get back to the car and need to turn on the windshield wipers.

10. Think you can charge stuff. I don't mean on your credit card, because of course they take those. What I mean by charging is your phone, iPad, laptop, or other electronics that people traditionally plug in such as hair dryers. The plugs are completely wonky. It was my first time traveling to Europe, so I didn't get this memo and ending up begging fellow travelers for quality time with their charger adapters.

Despite all this, I loved the trip. I made new Irish friends, and they've never even heard of Lucky Charms, so I need to put those in the mail since my favorite dessert over there was something called Rocky Road, which is made with small marshmallows and they love the idea of having shamrock marshmallows. Between that and shipping Slim Jim's, I think my American export business is really going to take off. We really need to send them some goddamn coffee, too. Our ancestor motherland really shouldn't be drinking instant.

If you happen to be a regular reader and read the piece I wrote before I left about what the heck I was doing in Ireland, I want to let you know I'm working on another article now about the Shamanic Ancient Mystical Ireland experience, so you can learn how not to piss off the faeries. Stay tuned.