The Problem With Painkillers

Chronic unyielding pain is a lot like demonic possession. 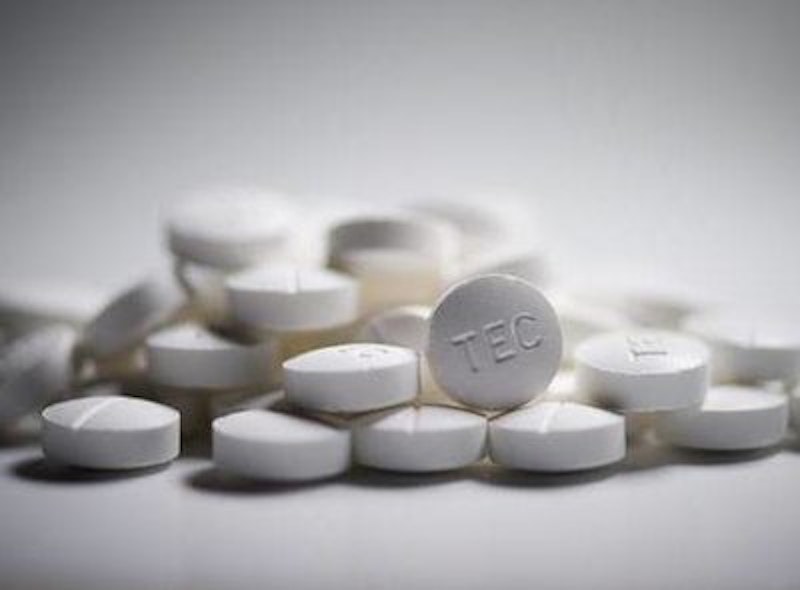 I’ve experienced a lot of crazy shit, but nothing quite compares to non-stop throbbing root canal-level pain emanating from the lower end of the spine 24/7. It’s been a month since I fell, and it’s difficult to tell whether the pain is dripping away at the pace of molasses in January or whether I’m just getting used to it. I have just one five mg Oxycodone tablet left from the prescribed 12 that I received from the shockingly kind and respectful doctors at UF Shands Emergency Room. Life is an oscillating wave, and if my experience at Shands represented a high point in my dealings with America’s mangled and demented “health care” system, my attempts at obtaining a primary care physician or any sort of follow-up at all have been a wallow in the trough that follows the wave’s high, a tedious and futile excursion through a bureaucratic dystopia more surreal than anything Terry Gilliam could cook up.

I fell in the kitchen a month ago. I landed precisely on the section of my spine already afflicted by multilevel degenerative disc disorder, L2 through L5. The pain was and is nuclear. Owing to my lifelong aversion to opiates, I was initially prescribed a new SSRI-based painkiller called Tramadol, which slightly dented the pain while inducing nightmares and unpleasant hallucinations along the lines of voices and shadow people. I quickly lost my bias against opiates and got a scrip for 12 five mg Oxycodone tablets upon my second visit to the ER on November 9. They worked wonderfully, the only side effects were total constipation and a highly suspect sense of bliss. The prescribed dose regimen was one every six hours. That’s not how I roll with painkillers. I’m not an idiot: I know as much about psychopharmacology as any MD.

I’d let the Oxy wear off, usually about 10 or 12 hours, to see how my recovery was progressing. I managed to stretch that prescription out for a week, all the while trying every avenue to find a primary care physician for follow-up. Attempting to get a refill on the Oxycodone scrip was like pissing up a rope. The mere mention of the drug consistently elicited the sort of response I’d expect if I asked for an eight-ball of crystal meth or a therapeutic blow job. I spent about a week on the phone, going in circles, spinning my wheels in the muck of our insane medical bureaucracy. No help whatsoever. I could go back to the ER, but the two visits I’ve already made have me over $2500 in debt. I’m not going to pay $1200+ for 12 goofballs. I can get a fat bag of quality smack for under a hundred, and there’s your heroin epidemic, right there: “We’re not going to renew your painkiller prescription, because, ya know, those pills are addictive. Take an ibuprofen.” Meanwhile, every American is no more than two degrees of separation from an Afghan poppy field. I refuse to engage with the heroin trade. That’s why I dodged the draft during Vietnam.

Experimentation yielded a compromise result: four PBRs and a joint had the same analgesic effect as a five mg Oxy, though for a shorter duration. As an analgesic, smoking pot is okay, not great. Alcohol is always a risky choice. By the time the analgesic effect of alcohol kicks in, your motor skills are fading and your judgment is off. The synergy of booze and pot is excellent, but the booze overwhelms. It also disinhibits, not a good thing when you’re trying to contain your rage at a system designed to value process over results. That’s where the pot comes to use in a big way. No matter how you consume it, cannabis is the greatest anger management tool available.

In California, I could drive eight miles to Buddy’s Dispensary in San Jose, and walk out with boxes and boxes of Organicares capsules, the famous “green caps,” and my problem would be solved and taxed with quality lab-tested ingredients, sold by well-educated happy young people with well-paying jobs who get high all day.

I’ve left messages and filled out forms and done pretty much everything short of farting and tap-dancing at the same time. That would require LSD, I’m sure. I’m saving that last Oxycodone tablet to wave in the face of the next medical professional who insinuates that I might be a junkie. I don’t really anticipate a response. I’m voting for Trump.