A Thank You For My Grandfather

I love you unconditionally. 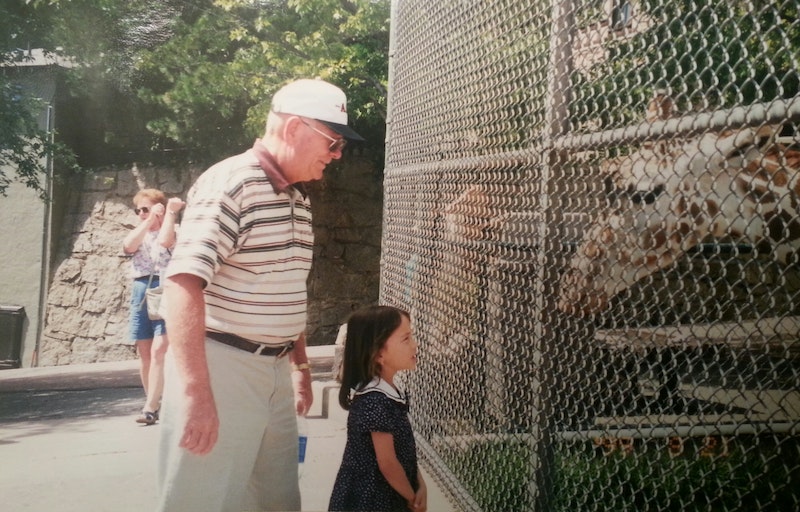 It’s never good when you’re woken up before the alarm goes off. A soft knock at the bedroom caused me to open my eyes. Before the go-ahead to enter is given, Dad’s already by the bed, reaching out to tap on my forearm. “I’m going back to the hospital,” he says. “He’s got cancer.”

Cancer isn’t something that happens to people that I know and love. I look at him. He’s tired, and like any parent trying to protect a child, he’s holding back information. “What kind of cancer?” I ask. He hesitates before answering. “Bone cancer. Tell your brothers.”

And with that, he leaves. I curl up into a ball and ignore the sound of the alarm beeping. A quick Google search yields a mass of information on bone cancer. Symptoms are pain in the joints and bones, feeling tired, limping, swelling, or weight loss. Radiation and surgery are the treatment options.

I close my laptop. My grandfather has cancer. Admitting that is hard. He’s a kind man, selfless. He bends over backwards for those he loves. He takes care of his wife of over 60 years, who is sick and has early onset dementia. He finds time to attend every single one of his grandchildren’s sports events. Hand him a crying baby and they’ll immediately be soothed. Didn’t finish your meal like you were supposed to, so now you can’t have dessert? He’ll show up a few minutes later to sneak you a Popsicle. At 16 he gave me a turquoise necklace. It’s my prized possession. Every time I see him I’ll smile and say, “You’re looking handsome as ever!” and he’d reply: “Well! Thank you darlin’! I like that.”

Later, Dad called together a small family meeting and told us the cancer was terminal. We all cried. Alex had gotten Jacob on the phone and tried to tell him the news, but couldn’t get the words out. He handed the phone to me. The oldest of the three, Jacob sounded the most stable. He probably had a feeling. We hung up and then drove home by ourselves to an empty house so that we could let the reality set in.

I'm 21, and no one in my immediate family has fallen ill and passed away. There have been hospital scares sure, but never death. And if you don’t count goldfish, there haven’t been any pets that died either. Taffy is 13 years old and other than a slight limp, she’s perfectly healthy and has a couple more years left in her. Not knowing how to handle loss is both a blessing and a curse. It’s left me with the childish notion that everyone is going to live forever and I’ll never have to say goodbye to family. What happens if you’re not equipped with the ability to handle loss?

He’s in the hospital right now. I saw him this morning and was surprised to see that he retained his quick wit and sharp sense of humor. He poked fun at Alex for not shaving, and cracked a joke about his baldness. He recalled a few stories about when we were kids, before moving on to more sobering topics like his will and what should happen after he passes. He looked exactly the same, save for the IVs and hospital gown. A couple of doctors came in and out of the room to tell us the prognosis and give a little more information about his surgery.

The goal is for him to read this, as translating thoughts into spoken words is not my strong suit: I love you unconditionally, and am fortunate to be your granddaughter. Having been able to spend time with you and create memories that I’ll cherish forever is something that I’ll always appreciate.