The Hells Angels Almost Stomped Me

A dumb mistake in the wrong situation. 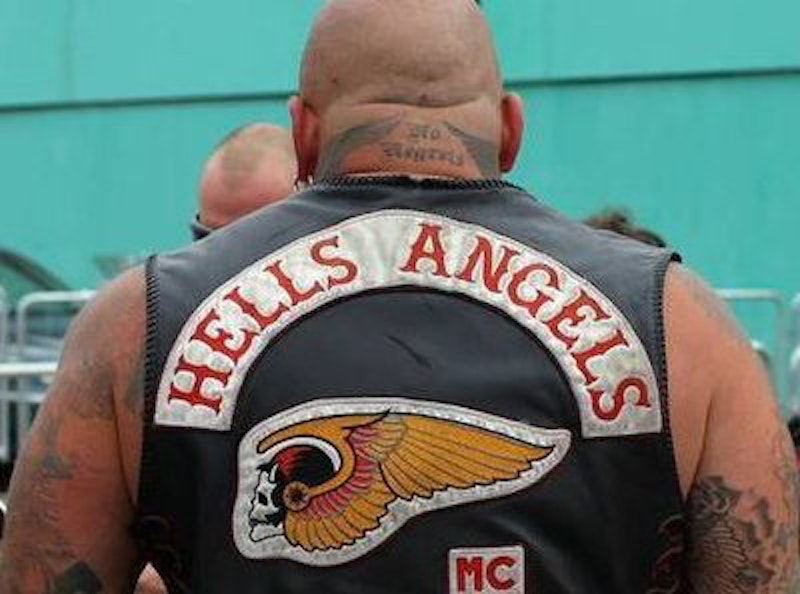 Near-death experience is an exaggeration. Let's say I was inches away from getting beat up, which is a realistic assessment of the situation. It happened at a gas station on the New York State Thruway, where I’d just filled my tank somewhere in the vicinity of Geneva. I noticed a group of about 10 Hells Angels, the world's most infamous motorcycle gang. All their choppers (customized Harley-Davidsons) were parked together off on the perimeter. The bikers were taking a break from the road, hanging out and smoking.

A chopper was parked directly ahead of me at the gas pumps. Its owner had left it there to join the group. I remember thinking, Okay whatever you do, give that bike a wide berth when you pull out. Do not take the slightest chance of even brushing it, much less knocking it over. For some strange reason, the fact that they don't use an apostrophe in "Hells" flashed in my mind as well. I’d read that once, and had toyed with the idea of asking an Angel about it if I ever met one.

And so what did I do? I proceeded to not exercise reasonable caution. I pulled out my map, spread it out in front of the windshield, blocking my vision. I was trying to find the way to my cousin Charlie's house in Geneseo. Then I did something really dumb. I depressed the clutch with my left foot, disengaging the gears and putting my car on a path towards the prized possession of a Hells Angel. I’ve no idea why I pushed the clutch in at that moment. I wasn’t starting the car, so it made no sense. The problem was that the map blocked my vision, so I had no idea I was moving forward towards sure disaster.

Then I got a huge break. Another Angel saw what was happening and he yelled at me. Though it was years ago, I remember he yelled it twice, "Hey! Hey!" I put down my map, saw what was happening and slammed on the brakes just in time. The "hog" was maybe six inches from my bumper. The Angel who yelled at me looked to be about 6'6" tall and mean, with long scraggly hair. He glared at me for a long moment, but made no move. Pointing to another Angel, he gestured that it was his motorcycle, but the owner didn't even give me a dirty look. I was confused, and sweating, and my heart was pounding. I knew I’d made a narrow escape and realized that I must now find a way to get out of there.

I started my car, backed up, and pulled away slowly from the gas pump. I slowed down to a stop in front of the bikers, figuring I couldn't just drive away. I might meet up with them later on the road, and who knew what could happen? I said something to the bike's owner like, "Hey, I'm really sorry. I didn't know my clutch was in and I was reading a map and... I'm real sorry." He looked at me and smiled, nodding his head in a friendly way. I thought about the apostrophe, but didn't ask him about it. Well, no, that's really not true. I was too scared to think about anything but survival.

I don't know how he would’ve reacted if the giant Hells Angel hadn't alerted me. What would the gang have done had I smashed into his bike, knocking it down and damaging it? I know the one thing you do not do with a Hells Angel is mess with his "hog." You'd probably be better off trying to pick up his woman in a bar. He can find another woman the same night, but the bike is another matter.

When the biker smiled I knew it was okay. I waved to him, nodding, and drove away, down the interstate, with white knuckles and an elevated pulse. And I just kept driving, telling myself how stupid and lucky I was and talking to myself. That's how it went for quite a few miles, until I was all screamed out. It took a few more miles before that first wave of relief crept in, and then a few more before I realized I had a pretty good story to tell my cousin Charlie.