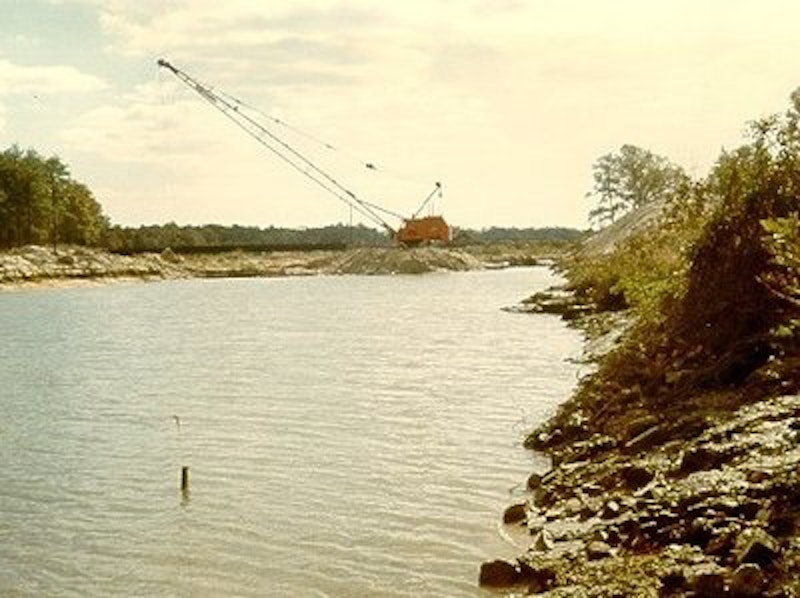 It all went to hell for Maryland’s Eastern Shore when the Chesapeake Bay Bridge was built in 1952. Ocean City was no longer a long drive around the top of the state, but a hop, skip and a jump away. Of course, it depends on your viewpoint: economic versus environmental. Economically, many would say it was fantastic for the state. Jobs, homes, businesses, strip malls, gas stations, hotels and lots of other strip malls were built—all over the formerly bucolic wetlands. And it’s still happening today. The side of Maryland to the west of the Chesapeake Bay consistently makes shitty decisions that affect those of us on the more peaceful east side of that bridge.

The most recent complete ass-rape of the Eastern Shore took place when an 1100-home subdivision was approved for an environmental permit in a wetland on Kent Island. The Baltimore Sun reported last week that with former governor and presidential candidate Martin O’Malley (D) out of the state’s way, Maryland Department of Public Works board members Lt. Governor Boyd Rutherford (sitting in for GOP Gov. Larry Hogan at the time) and State Treasurer Nancy K. Kopp, a Democrat (who said she “didn’t like the project” but voted for it anyway) voted 2-1 against Comptroller Peter Franchot (D) who said the project was “a complete disgrace.” Shame on Kopp for not voting the party line if not her gut. Hope she enjoys the two additional hours of traffic she’s going to be sitting in to and from Ocean City on Route 50 from now on.

In other news of government incompetence, I had the pleasure of dining with a multi-generation waterman the other day, and he told me about the latest in “stupid Department of Natural Resources” stories. An entire book could be filled with ways in which DNR has screwed over the watermen, the seafood industry (and ultimately the people who just like to eat crabs and oysters and fish) with their regulations and politics, but for now here’s just the latest.

I couldn’t tell you whose idea it was to bring $6 million worth of fossilized oyster shells from off the coast of Florida on trains, into trucks and onto barges and eventually dump them into Harris Creek off the coast of Tilghman Island, Maryland, because many knowledgeable organizations brainstormed to “save the Chesapeake Bay” together. Generally it's people who enjoy views of (but don't actually work on) the bay who have lofty ides about saving it. But no one asked the watermen, who’ve worked in the oyster industry in these waters for generations, whether they thought it was a good idea to dump the $6 mill. Hailed as some kind of miracle recovery project to save the oysters in the Bay, the project has actually had a number of adverse affects, according to those watermen. First, the oyster spat that’s been brought in is non-native, creating an entirely new breed of shellfish to the area that breed with local oysters and can change the makeup of the species. Second, the barges dumped the shell onto breeding grounds of the existing oysters, potentially harming the native oysters. And third, the barges dumped the shell, 10-ton dumps at a time, directly on top of the very precious spawning, breeding and nursery areas of the Chesapeake Bay crabs, affecting their populations for unknown amounts of time in the future. Watermen in the area weren’t even given an opportunity to try to harvest the existing oysters that were already there before the shell was dumped on top of them. Maybe they should’ve been consulted about the goings-on—I bet they would have been able to provide some pretty brilliant feedback.

Sure, a lot of science and government and many nonprofit organizations got together to make decisions to create an oyster reef that supposedly ensures future generations of the Bay—but every time I hear another story about the government doing something that affects the watermen industry when the watermen haven’t even been at the very table they work to put food on their whole lives, I just have to scratch my head.

It’s like when a "Democrat" State Treasurer somehow gets to make a decision to plunk 1100 houses onto what pretty much amounts to a nature preserve wetland (that’s sinking, by the way) without even thinking about the impact on schools or roads or traffic, not to even mention the environment. Stupid Maryland Western Shorefolk. Stay on your side of the damn bridge.