A life spent in the trenches, selling “pieces” and “deep dives.” 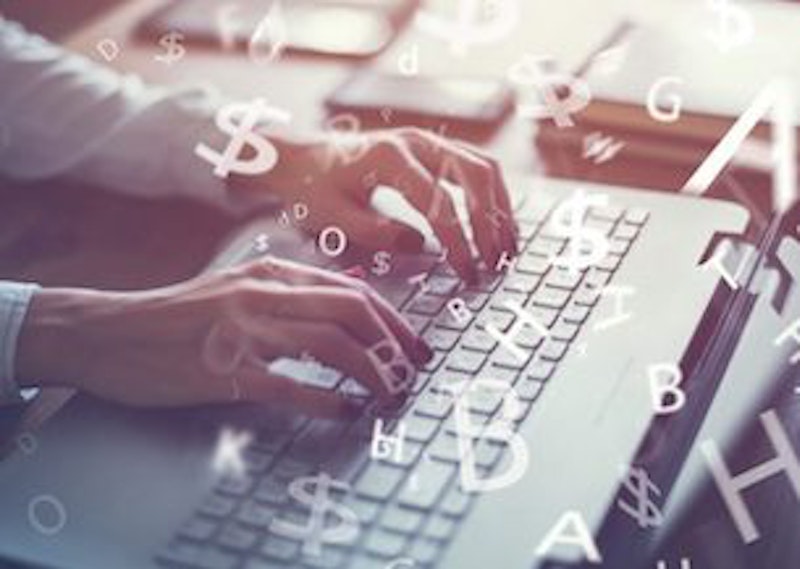 From the time I became literate, whenever that was, I realized that most people didn’t like reading or writing. Both activities required concentration, which amounted to work, and who among us enjoys working? I can’t speak for you, but I’d much rather take it easy and just rest. And as I got older, I also began to realize that lots of people liked to pretend that they enjoyed reading and writing, that their personas hinged on them being regarded as “literary” or “artsy” types, perhaps because they didn’t want to take AP Calculus AB or BC like the rest of us go-getter rubes. And some of these literary or artsy types grew up to become professional writers and journalists, “ink-stained wretches” surviving off the sale of a little poison from their e-pens.

I attended journalism school in the late-1990s, which may as well have been the late-1890s given how this current oppressive cyberspace state of “right now” seems as if it has always been and always will be the case. The University of North Carolina at Chapel Hill had a good reputation, or so the grown-ups told me, but I found it little more than a pleasantly-landscaped “cow college” or “Moo U” where social life was dominated by bowtie-wearing man-children honing their alcoholism and most courses were taught by woefully unprepared, underpaid teaching assistants and adjuncts. But one of those journalism adjuncts, who earned his “fun money” selling movie reviews to The News & Observer as well as the area’s handful of free newsweeklies, changed the course of my professional life.

This dude, some Hawaiian shirt-clad, Kevin Smith-esque “cool nerd” at a time when such brutes roamed the earth with impunity, made no bones about hating all the movies he reviewed. He had total contempt not only for the cinema but every other form of creative work, including the writing of reviews, and also despised critics like Armond White who tried to make names for themselves by bucking the conventional wisdom. He would, of course, accept his free passes to screeners—accept anything that’s free, he told me, especially popcorn and soda—but he’d arrive at these showings with a blanket and pillow, then immediately go to sleep. And since he had sleep apnea, his slumber was akin to a hibernating giant’s, with roaring, wheezing snores that shook the ground around him.

After snoozing through some braindead iteration of American Pie, he’d hop on the Internet and search for a few reviews filed by better-known critics. Roger Ebert was a favorite of his, because Ebert spent two-thirds of each review summarizing the film’s plot. And the world wide web was an amazing secret weapon in 1999 and 2000, since it was still the province of connected folks like this critic, who owned a true Cadillac package: a high-bandwidth digital subscriber line. Back then, people usually just skimmed one review in one readily available magazine, if they read anything at all, so browsing the entirety of the still-disorganized net to survey the opinions of Stanley Kauffman, Owen Gleiberman, and J. Hoberman carried zero risk. Peter Travers, in particular, was a great ripoff resource because Travers reflected the popular consensus about as well as any favor-currying hack during the pre-Rotten Tomatoes age. My mentor would then spend an hour or so typing his own review, a paraphrase of whatever was in these other pieces that he believed was a fair return for the 50 bucks he received for each article—“light lunch money,” he called it, since he was a man of appetites almost as considerable as my own.

He also introduced me to another side hustle, one that has enabled me to earn some cheddar for well over a decade: writing under the bylines of other people. He did it all the time, he said, usually for way more than 50 bucks, and so he’d gladly outsource his criticism to me in exchange for a split of the fee. His only requirements were that I refrain from seeing the film and instead base my reviews entirely on other reviews, lest the vanilla “voice” his readers had come to expect end up compromised. He recognized that I was a budding contrarian and a “l'art pour l'art” type to boot, and insisted that I temper these tendencies when working for him or anyone else. “Nobody reads this shit so don’t waste your time polishing these turds” was a line he never tired of repeating, a groaner so bad that it too must have been lifted from somewhere else.

And so I began to write these thumbsucking reviews of movies I wouldn’t watch at a rate of 25 bucks a pop. That doesn’t seem like much now, but it supplemented my meager Golden Corral wages enough that I could afford to take the bus to local comics shops like Raleigh’s Capitol Comics and Chapel Hill’s Second Foundation to buy complete runs of Garth Ennis and Steve Dillon’s Preacher and Grant Morrison and Richard Case’s Doom Patrol. In time, I picked up work from a handful of other News & Observer writers who also didn’t write their own material, a rogue’s gallery that ranged from stringers covering high school football games to columnists on tight deadlines. In the case of the former, I’d take their scorecards and notes and type a pablum-bland description of the game, something as far removed from Grantland Rice and Red Smith territory as humanly possible. And as for the latter, the requests came from the impoverished young staffers already “ghosting” the columns for featured columnists who rarely set foot in the newsroom, a division of responsibility which still seems unbelievable to me given how easy to write much of this mindless fare was. But hey, for a few years, it was almost a living.

When I returned to paid journalism in the late-2000s, I broke in roughly the same way. I sold some pieces of my own, usually my lamest and most pandering content because that’s what got my name out there, but otherwise I’d write content under the bylines of some moderately well-known “male feminists” and a few other noted frauds and charlatans from the era. That sort of work was intermittent and they often forgot to pay me for months at a time, but what puzzled me was that a few of them would actually compensate me for unpaid work they were giving away to The Huffington Post and The Good Men Project—these proto-influencers, far less influential than today’s variant because the Internet wasn’t quite as all-encompassing, were willing to pay for exposure.

In 2016, after I had established myself a bit and built a network of writing acquaintances on Twitter, I began booking more work like this. People would DM-slide or hit me up on LinkedIn, asking for “editing,” which quickly devolved into me just writing their stuff. Sometimes I wrote, and was paid for, stories they were themselves submitting on spec but were fated never to sell. Occasionally I got a request from a rich but boring kid wanting a can’t-miss tale of woe for a grad school personal statement. None of it made much sense, but part of me was invested in the process. I wrote my fair share of personal essays, channeling the pain and rage of various other folks through my own experiences. Regardless of whether these pieces were about playing in the NFL or coping with a #metoo situation, they were all just simplified versions of the same sob story I’ve sold repeatedly.

Owing to my rotten early life, which was useful in terms of transforming me into a lightning-fast paper mill but apparently not something that checked all the right “Hillbilly Elegy” boxes needed to equal a successful memoir, I could work a mood. In fact, I could work any mood and feel any amount of pain. I knew what it was like to be picked last in gym class, even though I was always picked first, because why not? The last shall be first, et cetera. And I knew the pain of being overpowered by another man, because my father repeatedly overpowered me, so I just poured that old wine into new bottles, changing details as needed. People who said these things happened to them entrusted their stories to me. One man insisted that only an outsider could possibly convey the complex sadness of his life. I thought, sure, whatever, and did the job.

I’ll never name the names of these souls, because their checks and PayPals and Venmos cleared and I respect people who pay their debts. But if you look closely at certain suspicious stories, you may notice the easter eggs I’ve left: sentences copied wholesale from my own articles into theirs, certain phrases I reuse incessantly even in my own stories, and frequent citations to other works that occupy a prominent place in my commonplace book. No one will ever scrutinize those forgettable pieces in any depth, of course, and I knew from the outset that this was a game I was playing with myself, a chance to let my mind dance across the mediocre and repetitive material that the cratering market for paid writing seems to believe will deliver it from its deathbed.

I will say this, though: it has made me very sad, breaking what remained of my heart, to discover that some writers not only don’t write most of their words but actually refuse to write any at all. To learn that people of minor prominence in the media, or people who aspire to such minor prominence, constitute what Twitter legend @dril called “a growing network of ‘CON MEN’ and ‘IMBECILES.’” To realize, as Andrew Pengilly did after listening to religious charlatan Elmer Gantry ramble about filling large auditoriums and keeping the flock happy, that these people don’t even believe in the one thing they profess to do.

Most writers still do their own work, but a lot of it is as bad as if someone else wrote it. Many appear to do what my mentor did, just paraphrasing or parroting the acceptable opinions currently circulating in the marketplace of ideas. In fact, so much criticism, the “critical consensus” as it were, appears to be totally divorced from any type of active engagement with the subjects criticized. For example, most of these 99%-scoring comic book movies are pure drivel, the sort of time-passing content that in two or three decades will be regarded as highly as puerile dreck like The Adventures of Rin Tin Tin or Mr. Ed. But they score well, as do various “must-read” books that rarely are, because people seem to have agreed in a back room somewhere to say that these particular pieces of shit are Good. Such agreements are needed to ensure that your little patch of Brooklyn or social media (perhaps they’re the same thing?) isn’t burned to the ground by people who equate the slightest bit of negative criticism with hostility.

And maybe it is hostile, at least if you as the aggrieved party have experienced such a smooth, painless ride to Millennial-hood that merely questioning, say, the extremely high self-reported incidence rates of synaesthesia on Twitter or the hegemony-smashing power of tarot, warrants today’s version of the auto-da-fé, a tweet cursed with “the ratio.” But let me shoot straight with you: if your ride’s been that easy, I’ll be happy to help you sell versions of your life stories that are really just my rougher life story with some names and dates changed. I charge higher rates these days than I did back in 2016, because I’m busier than you might think with all my articles about bodybuilders’ crotch bulges and Butterbean features, but I’m always happy to help if the money’s right. I’ll tell your story in my words and boost that brand, kiddos!