It has always been trash all the way down, with a few pearls scattered amidst the refuse. 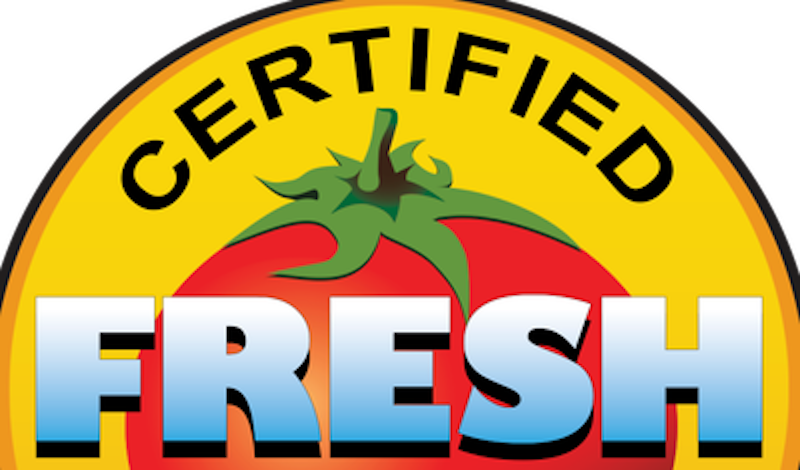 According to reports appearing throughout the summer, most recently in The New York Times, movie studios have begun to blame review aggregators such as Rotten Tomatoes and Metacritic for their films’ lackluster box office performances.

“I think it’s the destruction of our business,” Brett Ratner, director of scores of films that are both subjectively rotten and objectively Rotten, told the Times.

This is fine, at least as far as it goes. Let justice be done, even if the movie business falls. But most movies are terrible, particularly those comprising the PG-13 superhero genre. And they’ve never really been good, the way nothing has ever really been good. We’ve always had to rake worthwhile art from the rubbish. Billy Wilder’s Ace in the Hole and FW Murnau’s Sunrise were great stories that spoke to something deep within the soul, but I can’t even begin to imagine all the mainstream dreck that bookended their first appearances. It has always been trash all the way down, with a few pearls scattered amidst the refuse.

One of the fascinating conceits of these articles, however, is that the critical aggregators are somehow harder on movies than individual critics or audiences are. De gustibus non est disputandum—“there’s no disputing about taste”—goes the Latin maxim, and it matters now more than ever. The aggregators track pretty well with the consensus view, a view I’m too ornery and too broken to care about, and their chief use to me is as a guide for what must not be said in polite company.

“Oh yes, Farter Starter 2... everyone says that’s great,” I’ll remark whenever a film scoring above 60 on Metacritic or “Certified Fresh” on Rotten Tomatoes is mentioned. “I’ve heard good things, but I’m not sure I’ll get around to watching it. I didn’t see the original Farter Starter so I probably won’t be able to figure out what’s happening. Maybe if I get some free time.”

That’s just what I’ll say. I won’t mean any of it. I agree with critics like Pierre Bayard that I needn’t read or watch things to know what I dislike; I’m 34, with years of half-assed education and critical thinking under my belt. And Farter Starter, which isn’t a real movie but should be given that movies about emojis and the casual game Fruit Ninja are, definitely isn’t a film I’d like.  But should Farter Starter become a critical smash, I’d refrain from discussing it at a family gathering. I’m paid to think, even if the sums are often trivial, so I’ve never wanted to give those thoughts away for free to my family of Farter Starter-loving idiots.

But let’s imagine that Farter Starter, our hypothetical film, is indeed sitting at 70 percent on Rotten Tomatoes. That would put it in the same category as tons of other shitty films, notably the horrific Godzilla (2014), most of which seem to earn their high ratings the way I used to ace my homework assignments: I was already assumed by authority figures to be a good student (I wasn’t), and I showed my work (whatever that meant). That site follows the Ebert-on-television thumbs up/thumbs down model, a loathsome approach rightly condemned by Armond White, which transforms meaningless sentences into yea or nay pronouncements.

But how, exactly, is this done? How can one read a review filled with sentences like “The movie was all vault and little coin,” as written by notoriously vague critic Wesley Morris, and derive any kind of value judgment from it (much less a numerical score, which Metacritic is somehow able to do)? Or, if I were to review Pain & Gain by writing, “This is as close as Michael Bay will ever get to directing a Great Movie,” is that a positive review absent any subsequent mention of how close he got (he didn’t get very close, for the record)? No, of course not. It’s all a load of bullshit, yet numbers and grades are what everybody cares about, not the lorem ipsum filler used to justify them.

For me, it was different. It never mattered whether a movie was an A or a B, a thumbs up or down, only how that film could fit into the arguments I made about the state of the world. As such, I cared about individual critics, not criticism writ large. It didn’t matter if they were panning beloved films or fluffing would-be Ed Woods; I wanted to read what they had to say. I cut my teeth on James Agee, whose opinions I disagreed with but whose hands-on, historical approach I admired, and Pauline Kael, whose opinions often mirrored mine even as her reasoning diverged radically. In time, I thought I had become “friends” with these people, or at least with the versions of them that existed as mini-artificial intelligences in my brain.

But it was Armond White (writing in Splice Today publisher Russ Smith’s New York Press, no less) who really delivered the goods. Except on questions related to Brian De Palma (great director!) and superhero movies (almost all bullshit except for the ones everybody hates!), I share few opinions with White. But I do share his disgust with elitist writing, as exemplified by The New Yorker monocle-man crowd, as well as with the “spoilers withheld,” lowest-common-denominator reviewing popularized by Roger Ebert and Richard Roeper.

Ebert, like Kael, is someone with whom I agree on most questions of taste. But this doesn’t mean much, since taste amounts to nothing more than preferences based on early-life experiences. And although the essays in his The Great Movies series are quite good, as are most of the movies summarized therein, Ebert himself exercised a pernicious influence on criticism. Three decades of TV show-summarizing has yielded a world of pure and incessant takes from all corners of the world wide web, divorced from immersion not just in research but even in experience, that layer atop one another like the near-identical scales of a fish. To quote the Hold Steady, we’ve reached a point at which “everyone’s a critic and most people are DJs.”

But our collective criticism is not very good, and too often we punish friends who deviate from it. “I can’t believe you watched that shit because I wouldn’t have bothered,” someone said after I’d mentioned watching Guy Ritchie’s King Arthur, a movie that was as good as Noah Berlatsky’s against-the-grain review in Playboy suggested it was. King Arthur wasn’t the home team, it seems, and I deserved to be called on the carpet for wasting time with it (never mind, of course, that living’s mostly wasting time).

Armond White hated that sort of consensus rebuke. “Ebert’s way of talking about movies as disconnected from social and moral issues, simply as entertainment, seemed to normalize film discourse—you didn’t have to strive toward it, any Average Joe American could do it,” he wrote in the New York Press in 2008. “A viewer needed only to like or dislike a movie, according to an arbitrary set of specious rules, trends and habits. Not thought. Not feeling. Not education. Just reviewing movies the way boys argued about a baseball game.”

And I suppose I could never get excited about such petty, pointless arguments over “homerism,” the bizarre Boston Celtics-worship and The Wire-love that defines self-titled Internet “Sports Guy” Bill Simmons’ writing. I don’t care about my supposed home teams, or feel any inexplicable loyalty to anything besides my family of Farter Starter-loving idiots (immigrant clannishness dies hard, even 80 years later). And I don’t really care about taste as such, about arguing you or your friends into believing that my tastes are better than yours. “You cannot argue a man into liking a glass of beer,” wrote Supreme Court justice Oliver Wendell Holmes in 1918, and I’m inclined to agree.

But I care about making and listening to the arguments, because the way arguments are made reveals something important about our minds and how they dance, and I care about some of the critics who make them. I’m a fan of Armond White even now, even when he writes for the National Review and is himself the subject of one savage take after another, because once upon a time he made me question my own deeply-held assumptions. White, who had considered writing under the byline “The Resistance” earlier in his career, would likely concur with Justice Holmes’ assessment of critical work: “We still shall fight—all of us because we want to live, some, at least, because we want to realize our spontaneity and prove our powers, for the joy of it, and we may leave to the unknown the supposed final valuation of that which in any event has value to us.”

I read things that are trash, like Robert Kirkman and Cory Walker’s comic Invincible, but I harbor no illusions about them. Much of the popular culture I consume is garbage that merely puts my troubled mind at ease. Nevertheless, I enjoy assessing such media—concluding, for example, that The Wire is a thousand times worse than Martin. Such a view exists only to be written, not to change hearts and minds, but the writing of it can serve as a way of teaching myself who I am. This is why I care about critics, not criticism, and about individual works of art, not the industrial organizations that reproduce them.

But when I do spend time around my closest friends, I follow the much more uplifting maxim offered by Shamrayef in The Seagull: “Let nothing be said of taste but what is good.” So hey, how about that Bojack Horseman or that Rick & Morty, huh? Nobody hates those shows yet, right? Good deal!