When I Became a Conservative Journalist

It was three decades ago, and my assumptions would be put to the test. 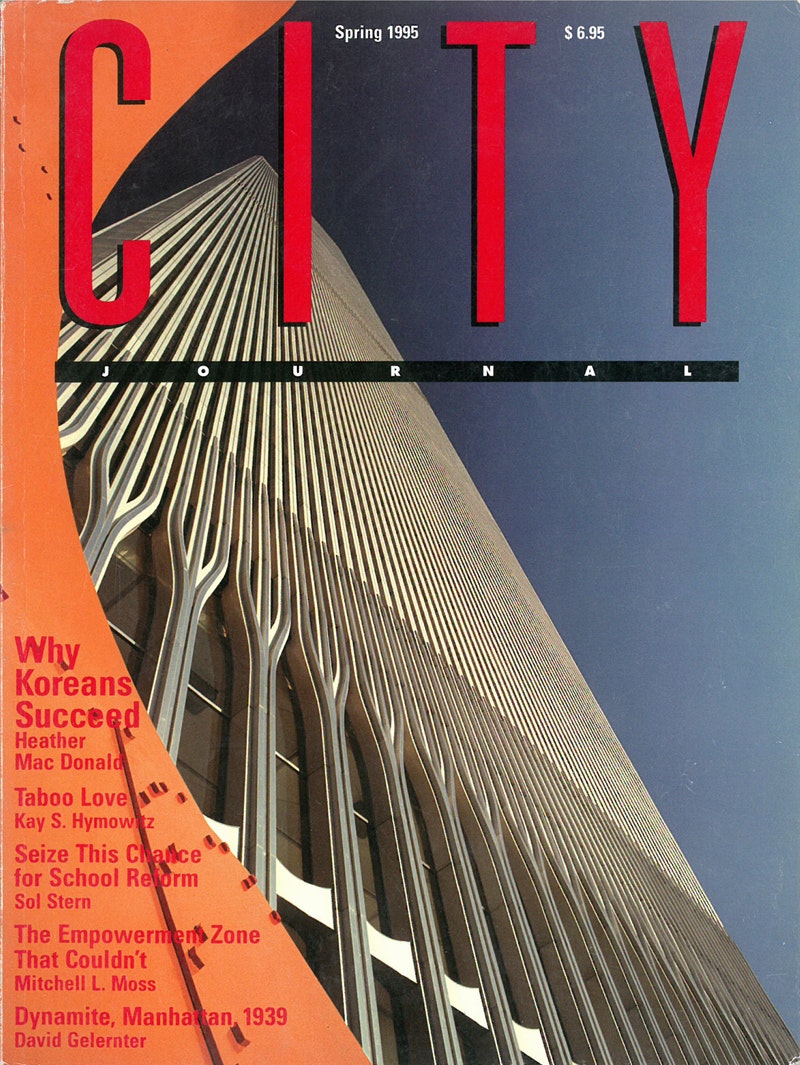 Our bets on the future pan out or don’t. In early-1992, I published my first articles for conservative magazines. I’d been reporting on finance and banking for a couple of years, but my aspirations were toward opinion magazines and newspaper editorial pages, and my views were a mix of conservative and libertarian that placed me on the right.

My first was for City Journal, a quarterly magazine published by the Manhattan Institute. The magazine had been founded in 1990 and was just changing from its initial name NY: The City Journal, as its ambitions to shape urban policy weren’t limited to New York City. I met then-editor Richard Vigilante, and he showed me a piece he’d published by Wall Street economist Lawrence Kudlow lamenting that New York congressional Democrats opposed a cut in the capital gains tax and thus, Kudlow argued, had put their national party and its ideology ahead of the interests of the city they represented. Perhaps I could find some other such issue.

In a subsequent phone call, I pitched my article idea. President George H.W. Bush was pushing for the North American Free Trade Agreement, NAFTA, and New York’s congressional Democrats were among its opponents. Econometric modeling that I’d found indicated NAFTA would be good for New York, so here again these Democrats were selling out the city. I wrote my piece, and it was published in City Journal’s Winter 1992 issue as “The Mexican Connection.”

During the editing process, a staffer asked me why exactly the Democrats opposed the trade pact, and I responded breezily that the Democratic Party was protectionist. As it happened, President Bill Clinton signed NAFTA into law the following year, albeit with modifications and much division in the Democratic Party, while Republican support for the pact weakened following Pat Buchanan’s primary challenge. My assumptions about what the parties stood for were already showing fissures early, though I paid little notice. When my Republican mother asked what I thought of Buchanan’s “culture war” speech broadcast from the party’s 1992 convention, I said I thought it was good.

My second opinion piece was a review of Money Mischief, a book about monetary history by economist Milton Friedman; this ran in the May 1992 issue of Commentary with the title “Making Change.” A significant part of the book was about exchange rates; at the time, the right was divided between floating-rate proponents such as Friedman, and fixed-rate advocates including the Wall Street Journal’s editorial page. Today, such a technical policy debate, lacking any culture-war angle, would likely get little notice on the right; that’s true of the political culture in general, though some liberal venues such as Vox aspire to such policy-wonkery.

I continued writing for both City Journal and Commentary for several more years. City Journal went through several editors quickly, and my work for them had its stressful moments, with requested re-writes putting a strain on my freelance time-allotment. With Commentary, I stuck with book reviews, one about the Hubble Space Telescope reflecting my growing interest in science journalism. By the late-1990s, the publication with which I was ideologically most in tune was the libertarian magazine Reason, and at the end of the decade I joined Space.com.

Though I’d do some conservative and libertarian journalism in the 2000s, by the end of that decade my political journalism was focused on reforming the Republican Party, and later that focus shifted to a perspective of growing opposition. Increasingly, I’ve striven to not write only political-opinion pieces, and to emphasize that political opinions, parties and causes all can change, and shouldn’t be granted inflexible loyalty based on what they once were.

A book I’m currently reading, Partisans: The Conservative Revolutionaries Who Remade American Politics in the 1990s, by Nicole Hemmer, makes a case that a sharp break in Republican and conservative politics and polemics took place around the end of the Reagan presidency; that the style and substance of the right were transforming fast by the early-1990s. That strikes me as plausible. Maybe I was too close to the changes to see them clearly.