The Best of the Whodunits

Here are the books critics have picked as the best detective fiction ever. 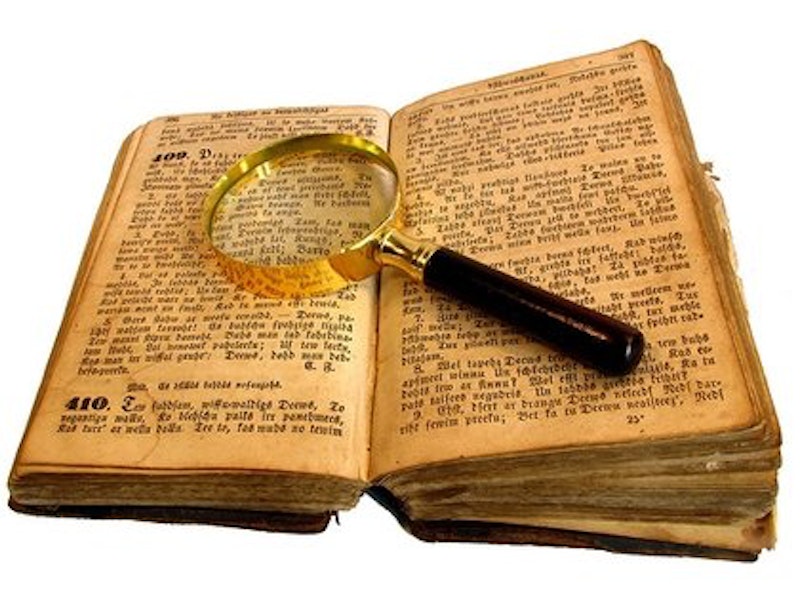 Detective fiction is a hugely popular genre; so much so that you have to wonder how all those detectives manage to detect without tripping over each others' grimy gumshoes and exotically murdered corpses. To separate the Sherlocks from the Marples, we've used a combination of intuition, ratiocination, police procedure—and expert advice. Mostly the last, so here are the books a selection of authors, scholars, and critics have picked as the best detective fiction ever.

“Among the many eccentric virtues of the Dickens novel Bleak House is the intrepid Inspector Bucket, a hardheaded and suspicious detective hired by one of the parties in the unending lawsuit at the center of the book. Dickens, like many a writer before and after, uses the device of a brilliant, intuitive puzzle-solver to guide his reader forward through the story’s intricate mazes. "

—Ben H. Winters is my cousin… but more importantly he's the author of The Last Policeman, a detective novel set at the end of the world.

“I am a huge fan of the Father Brown stories by GK Chesterton, where the hero is this unassuming roly-poly priest who maintains cheerful good spirits while solving these charming little mysteries. There’s a great one where the solution turns on the fact that, at a fancy dinner, the guests and the servers wear tuxedos! A-ha!"

—Ben H. Winters, author of The Last Policeman, a detective novel set at the end of the world.

“One can pick from among a lot of terrific PD James novels, though I might choose A Certain Justice as my favorite. James takes the Agatha Christie model (unflappable detective, confounding clues, limited number of suspects, etc.) and adds flesh and blood, making these kinds of carefully constructed scenarios more believable and three-dimensional, even as they are darker and bloodier than Christie usually got."

—Ben H. Winters, author of The Last Policeman, a detective novel set at the end of the world.

"A Swedish husband and wife writing team who, inspired by American detective novels, recognized that the police procedural was the perfect vehicle with which to critique Swedish society in the decade between 1965 and 1975. They were journalists and Marxists, and used the form of the police procedural to expose what they felt to be the failure of the Swedish welfare state to fully address problems of capitalism and inequality and poverty in their society. They wrote 10 novels, a decalogue that they regarded as a novel in 10 parts. The protagonist was Detective Martin Beck, the prototype of the gloomy Nordic detective."

—P.M. Newton an Australian crime writer whose book, The Old School, is available as an e-book in the States.

"Born in Swaziland, now resident in Australia, Nunn follows in the tradition of Greene, Sjöwall and Wahlöö by putting the detective novel in service of telling stories about place and politics and people. Emmanuel Cooper is a police detective in early 1950s South Africa, a period where the race laws had recently been codified. Nunn draws on her own family's experience under apartheid, when they were themselves "re-classified." As a "mixed race" family they were the physical embodiment of disruption of the law. This is the landscape that Nunn's detective, Emmanuel Cooper, moves through and attempts to find justice; a landscape where color and relationships and love have been criminalized."

—P.M. Newton an Australian crime writer whose book, The Old School, is available as an e-book in the States.

"The Héctor Belascoarán Shayne novels, beginning with An Easy Thing, twist the conventions of the hard-boiled crime novel to deliver an incisive look at Mexican society through Taibo’s part-Irish, part-Basque private eye"

"I’m a big fan of Pelecanos’ novels, especially Hard Revolution. Pelecanos uses a rich and rotating cast of police officers, private eyes, small-time criminals, ex-con dogcatchers, and ordinary citizens to explore the history and people of Washington, DC from the 1950s to the present. Hard Revolution might be his masterpiece, a vivid retelling of the 1968 riots following the Martin Luther King, Jr. assassination that also works as a gripping crime story."

"Generally considered the first English detective novel, its a great example of Victorian plotting and narrative devices as well as a study in the conditions that give rise to the detective figure: into a world of idle wealth, class mistrust, Orientalist mysteries, and competing ideologies (cleverly embodied in opinionated, unreliable narrators) steps the purely rational, fact-seeking Sergeant Cuff. (Well, purely rational except in his fondness for roses… but no spoilers here.)"

—Nels Pearson, Associate Professor of English at Fairfield University and co-editor with Marc Singer of Detective Fiction in a Postcolonial and Transnational World.

Do Androids Dream of Electric Sheep, by Philip K. Dick (1968)

"Traditional mysteries ask pretty straightforward questions. ‘Who put the poison in the vicar's tea? Or ‘Who's trying to blackmail Mr. Moneybags?’ or whatever. But in Do Androids Dream of Electric Sheep?, Philip K. Dick used a detective story to ask the biggest question of all: What does it mean to be human? If you think you know the answer because you've seen the movie version—Blade Runner—you're only half right. As great as that film is, the book's even better."

"Sherlock Holmes could do just about anything, but starring in novels wasn't his strong suit. He gets shunted aside for long stretches in all four novels Sir Arthur Conan Doyle wrote about him. The novels are still fun—The Hound of the Baskervilles, in particular—but anyone who wants to see the great detective at his best should pick up The Adventures of Sherlock Holmes, which collects the first 12 stories about him. It was through the short stories that Conan Doyle really fleshed out the Holmes mythos—and established the template for mysteries you'll still see used in half the crime shows on TV."

"Introducing Inspector Ebenezer Gryce of the New York Metropolitan Police, and providing a prototype for classic mystery fiction and a series detective. Green beats Arthur Conan Doyle to the punch with the introduction of her detective (and she would also create two female sleuths). In this debut novel, Gryce is assisted by a young lawyer who finds himself attracted to a suspect in the case, one of the dead man's beautiful adopted daughters."

—Frankie Y. Bailey is a criminal justice professor and the author of non-fiction books, the Lizzie Stuart mystery series, and a near-future police procedural novel due out in 2013.

"A Golden Age classic detective novel set in Harlem, featuring the first African American detective duo, NYPD Detective Perry Dart and neighborhood physician, Dr. John Archer. A physician and participant in the Harlem Renaissance, Fisher died young. His two sleuths, Dart and Archer, appear only in this novel and a short story. His conjure-man is a Harvard-educated African prince who seems to have been murdered while speaking to one of the clients gathered in his waiting room."

—Frankie Y. Bailey is a criminal justice professor and the author of non-fiction books, the Lizzie Stuart mystery series, and a near-future police procedural novel due out in 2013.

—A critic for Empire Magazine, Danny Graydon is the co-author of The Rough Guide to Film Noir and a contributor to The James Bond Archives. His website is at www.dannygraydon.com

“A huge hit in Europe (selling more than 200,000 in France alone) Juan Díaz Canales and Juanjo Guarnido’s series, set in late 1950s America, is a flawlessly-rendered film noir, populated with anthropomorphic characters—hard-boiled detective Blacksad is a black cat, informants are rats, thugs are bears and rhinos—a superb conceit that swiftly becomes as acceptable as it is thrilling.  Available from Dark Horse Comics.”

—A critic for Empire Magazine, Danny Graydon is the co-author of The Rough Guide to Film Noir and a contributor to The James Bond Archives. His website is at www.dannygraydon.com .

"This book has everything I need—it’s a floor wax and a dessert topping. The protagonist is a sardonic little fruit loop, bookseller, and would-be mystery writer who of course becomes the main suspect in the murder of his high school friend and current employee (who totally deserves it) and begins a prickly, intriguing romance with the investigator, who’s all butch and everything. I know everyone says their favorite books play with the clichés and rise above them, and I’m saying that, too. I’m actually right, though."

—Kinukitty, a pseudonymous critic who usually writes about yaoi and manga, but who is also obsessed with gay mysteries, such as the one she has recommended here.

"There are a million detective novels narrated by tough guy P.I.s, but no one did the wisecracking shamus shtick better than Raymond Chandler in The Big Sleep. His Philip Marlowe isn't just a sarcastic He Man with a fondness for strained similes, like his imitators. He's the perfect modern American hero: strong but vulnerable, pensive but funny, cynical yet still moral. Of course, it helps that Chandler could write circles around just about anyone else."

"Raymond Chandler didn’t create the template for the hard-boiled private eye, but he perfected it in his first Philip Marlowe novel. If that isn’t enough, he also created the template for The Big Lebowski."