I Was Always in the Mood 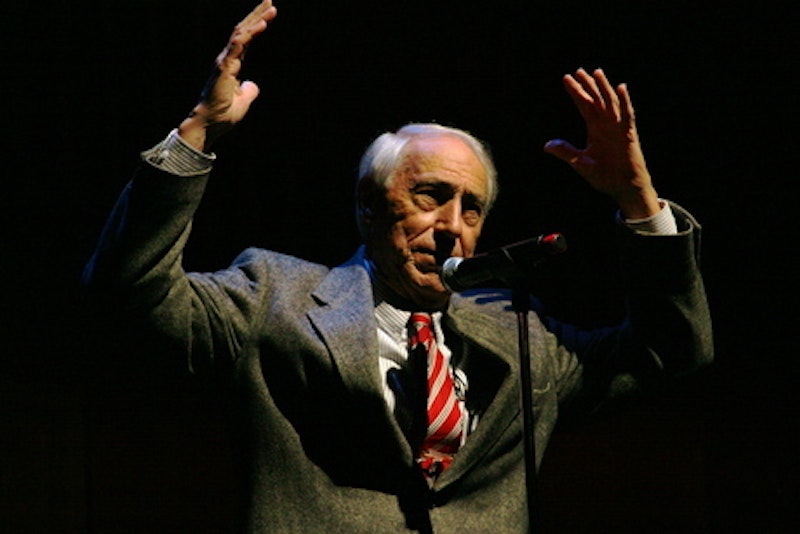 Ken Jackson, the gruff host of In The Mood, WYPR's Friday night big band extravaganza, has a shocking tell-all due out next month. Below, a few excerpts.

During a 1963 taping of The Judy Garland Show, Jackson and his band had been invited to back Garland on a performance of the Irving Berlin classic, "I've Got My Love to Keep Me Warm." Rehearsals were tense, however, as Garland refused to let Jackson duet with her. Hours before taping, a drunk and unruly Jackson ended up in a brawl with guest Andy Rooney, knocking him unconscious with a flugelhorn after Rooney nearly bit Jackson's left pinky off. Count Basie was brought on instead.

In the late 70s, fired from New York's WRVR 106.7 for increasingly deranged on-air phone calls to guitarist John Scofield, Jackson left for Cleveland, where former boxer Artie Levine (a longtime friend of Jackson's) was busy promoting illegal after-hours fights at Fagans, a sleazy dive bar in the East Bank Flats. Levine promised good money and Jackson won a record 28 consecutive fights before Levine was busted and the whole thing was shut down.

Throughout the 50s, 60s and 70s, Jackson had a number of tabloid-worthy flings with up-and-coming Hollywood actresses. Successive chapters are devoted to both a two-week drug binge with Ann Margaret in 1967 and his on-again, off-again affair with Ursula Andress. Jackson even takes credit for Andress' role in the 1962 James Bond classic Dr. No, saying he introduced her to director Terence Young during an unexpected run-in at Ronnie Scott's Jazz Club.

Among jazz historians and aficionados, Jackson is perhaps best known for his 1943 album, Ken Jackson and the Urban Nine, Live at Club Samoa, during which he "pioneered" the use of the jazz balalaika. Though their set ran nearly seven hours, an excerpted box set featuring 12 78s was in fact the first official release by Hy Siegel's Apollo Records. Sales were disastrous and nearly bankrupted the company.