The Advantages of Being Poor

I’m not ashamed of my Upper White Trash upbringing. 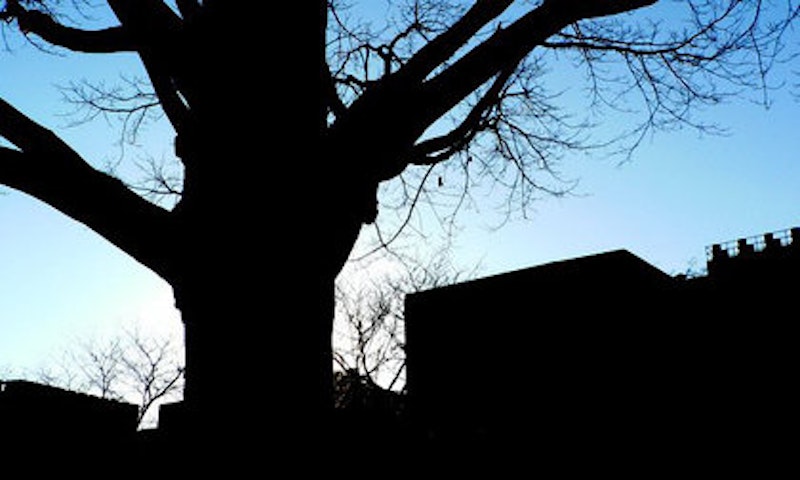 At the beach with my family last week, I found myself thinking about rich and poor people. My in-laws had rented a large house in a gated community for the week. The rooms were filled with bookshelves, which made me decide to skip the Kindle app on my iPad (sand danger) in favor of a print book. I chose A Tree Grows in Brooklyn, a 1943 novel by Betty Smith about a poor Irish family in New York during the Great Depression, apparently written as a memoir but thought by publishers at the time better marketed as fiction.

So I had this great juxtaposition: I’m staying in a $1 million (or more) house, reading about a girl who had about a penny a week to spend. I’m sitting on a lounge chair next to a hot tub listening to construction (custom window replacement, fresh coat of paint) endless landscaping (rich people are annoyingly loud, I’ve noticed), and reading about a mother who wore tattered white cotton gloves in public to hide her hands, which were raw from scrubbing floors all day.

I identify more with the girl and the mother than with the affluent homeowners. Growing up in a rental apartment complex, my sister called us “upper white trash.” My parents never owned a home; I was the first kid to get a college education. My dad was a salesman, an alcoholic just like the dad in the book. The Catholic priest gave our poor Irish family free admittance to the school, because not everyone can afford to be taught by nuns, and there had to be a charity case in each parish. I remember being hungry because there wasn’t enough food in the house, but we were provided three meals a day, so I was never the kind of hungry where you didn’t know when your next meal would be.

Our family sure as hell never rented a house at the beach, but once in awhile my cousins would, and we’d get to visit the New Jersey shore for a night or two—a huge treat. The only restaurant we ever ate in (save for a rare birthday dinner from our grandparents at the Howard Johnson Motor Lodge) was McDonald’s—maybe twice a month, our dad would turn into the driveway after church, and we would all squeal with delight.

When you’re growing up relatively poor and you happen to live near the Main Line of Philadelphia with some of the richest people in the world, you know you’re poor. Although they were typical middle class, the kids I went to school with all lived in regular houses. To this day I consider the kids I grew up with in that apartment complex some of the most amazing people I know. We just have a very different perspective. The town I lived in contains one of the largest shopping malls in the country where I was able to work, serving rich shoppers, shoplifting once in awhile.

There are hierarchies in a gated oceanfront community, even in Delaware. You can tell which houses are occupied only by their owners, which have weekly renters, and that there is a difference. Even though they are the ones creating all the noise, the rich people act snooty to the renters. Our economy has ensured that the owners-only houses are in the minority—in order to afford houses like these, obviously most people have to rent them out most of the summer.

I can’t say I’ve ever met an obviously rich person I liked, though I do not know many. Give me a cop or a teacher or any other working-class person to have a conversation with, and I could talk to them forever. They’re real. They care about other people more than they care about themselves. They appreciate. They value things that are important that don’t cost money.

It was refreshing and inspiring to read A Tree Grows in Brooklyn because I loved Betty Smith’s take on poverty. She didn’t whine about being poor, she simply observed it. She had the tenacity to want more for herself, but didn’t want to be better than anyone. Her main character grew up to be maybe the kind of person who would rent a house at the beach, but not somebody who would want to own one.

—Mary McCarthy is working on her memoir, which has the working title Upper White Trash.