I Just Want to Be Bored

If we can just get through the summer. 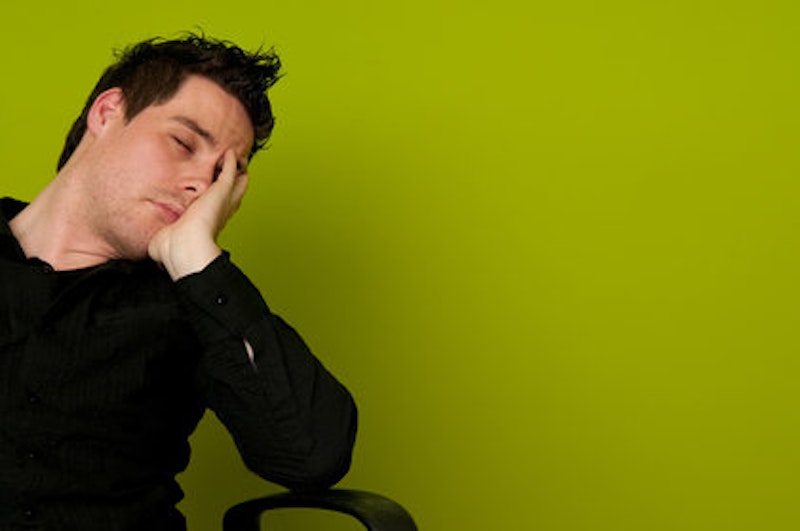 This summer's felt like an obstacle course. My main client declared bankruptcy (though they did end up paying me, much to my shock); my brain decided to have a seizure for no apparent reason (though I'm fine); my mother-in-law moved to Chicago to be closer to us (which is ultimately a good thing, but moving is always a nightmare, whether it's assembling the fiendish flat-pack furniture or having the poor kitty poop on itself three hours into the 10-hour drive.) And, less dramatically, my son isn't in school, which means a week-by-week improvisatory stumble as we try to figure out what to do with him.

Summer, in other words, is an intensification of what may be most difficult thing about raising kids. People talk about kids tying you down, but for me it's not so much the tying down as the never letting you be tied down. Kids keep changing. Just when you figure out that (say) he loves JCC camp and you can stick him there for four weeks and it'll be easy, suddenly he's too old and the next level JCC camp is an hour bus ride away and has a price tag that makes your eyes pop out like you're a cartoon character, which, as it turns out, really hurts. Or just as you're ready to ship him off to karate camp he gets deathly ill and spends the entire week moaning and groaning on the couch. Or just as you've worked out the routine for getting him to school, the school moves to a new building and suddenly all the car pooling has to be re-jiggered, even presuming you can actually find the new place, since the one time you went up there you got so lost that they had to send out mountain rescue dogs and your wife almost starved to death. (Okay, I'm joking about the dogs.)

I know; it's just life being one thing after another. But kids pile the things on top of each other faster; they keep changing and changing, and all you really want to do is get in a good, solid, rut and stay there till you die. I just want to be bored. Is that so wrong?

So, on the one hand, I look at those people having mid-life crises and think, are you insane? You don't have enough crises in your life that you need to go manufacture more? Just thinking about the logistics of wrecking my marriage makes me tired. I can barely deal with my printer melting down, or remember when my son has a day off for school. Scheduling an affair? Seriously? Who has the time?

But then I wonder if I've got the allure wrong. Maybe it's not the promise of extra excitement that sends guys off to do that thing that everybody says guys are supposed to do when they turn 40 or so. Maybe instead it's the very fact that everybody says that those guys are supposed to be doing that thing. They're not seeking excitement in the arms of another; they're seeking routine in the arms of a cliché. If I follow through on the standard plot, they think, maybe my life can finally be as boring as a work of literary fiction.

It's hopeless, though. You can be as tediously predictable as you like, but the light socket in the kitchen is going to start to drip water for no discernible reason and the kid is going to throw that punch in karate and hit the instructor's knee and spend the next several days unable to move his hand. Even the school year won't save you. But still. You dream.