A Test of Endurance

I prayed I wouldn’t die and ruin our vacation. 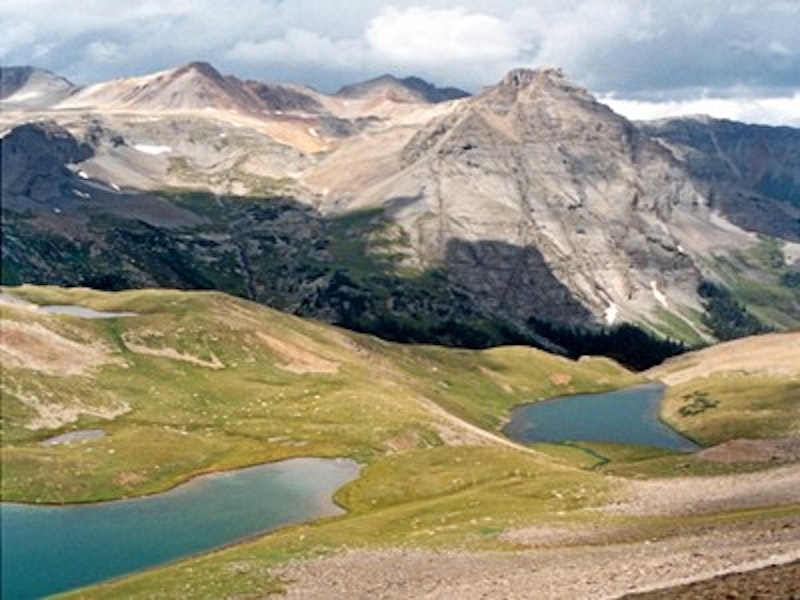 I just returned from a week-long backpacking trip to Colorado. To say it was challenging is a colossal understatement. My husband suggested weeks in advance that I load my backpack to 35 pounds and tow it around the house in training to get used to the weight. I got a good laugh out of that one. The pack sat idly on my bedroom floor empty until my departure.

Once at the foothills of the Rocky Mountains, it’s easy to get enthused. Everyone walks around wearing hiking boots, cycling shoes and TechWear. Even the bank tellers are dressed in shorts and t-shirts. It’s not just the physical lure that makes this state’s population so appealing. It’s their rugged mental state. They are just geared for nature and healthy living. Colorado is the healthiest state in the union with only 18.7 percent of its population obese, according to last year’s Gallup Well Being Index. I was ready to join them.

Once on the trail, I was off the chain. Despite coming from the sea level of the Eastern Shore of Maryland, I was psyched for an adventure. The first day we hiked to 12,000 feet en route to Blue Lake. Now I’ve hiked 14er’s before, at a much younger age and without the encumbrance of supplies on my back, but this was a bit different. It started out rough but doable.

Within hours, I wondered how I could make time fly. I was suffering. After reaching the top, we hiked along the spine of the ridge, and I tried not to look down else I topple over like the work donkeys I’d heard about on South American trails. I was worried. My husband was worried. As we sat in a crevice on the ridge he looked at a map trying to find the trail down to our camping destination. Our present location on the map said “DD.” The map key informed us it meant “Difficult and Dangerous.” It also said in print, “This is Gonzo Dangerous. You may be asking yourself  ‘What am I doing here’?”

Right about then, thunder and lightning began. Now, despite being a novice, I do know the last place you want to be doing a major storm is on the summit. Giving up finding the trailhead, we proceeded to slog our packs back down the mountain and camped off the road in some trees for the night. The next day, I was ready to roll. We found another, supposedly easier trail called “Oh Be Joyful” that would lead to our elusive goal, Blue Lake, a pristine glacial watershed in a basin at the bottom of the ridge.

We hiked through wildflower meadows, cascading waterfalls, pine and aspen trees, and wild cattle left to roam the hills. It was inspiring despite the fact that I was huffing for oxygen and water non-stop and had to rest every 15 minutes waiting for the feared bear attack. At one point I was lying prone on the trail praying that I wouldn’t die, ruining our vacation.  The only reason I got up was because a local was skipping up the trail like a mountain goat and I was too humiliated to be in a lying dog position.

My mantra was “Let’s just go around the next corner.” That’s what got me through. A goal. A test of how much farther I could go. Six hours later, we made it to the lake and as I lay there, my head against a rock, looking up at the blue sky, the mountains and the crystal clear lake, I knew I’d experienced what most people never would. Pushing myself to the limit.  Moving into the primal mode that kept humans alive. The experience of testing the limits of my physical endurance left me with an amazing sense of accomplishment. I’m left wondering what else I can do that I would never consider before.