It’s unnecessary to interpret or deconstruct the diseased body of Cabal’s work. 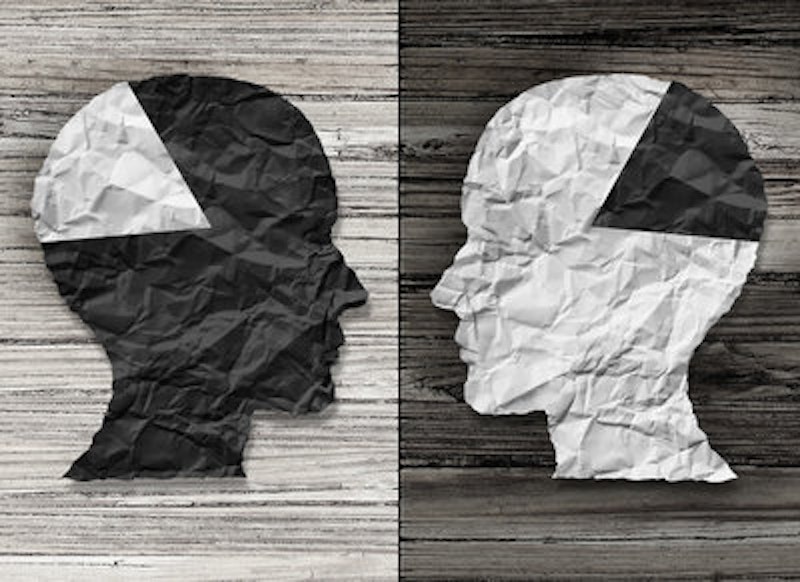 A little less than a year ago, I wanted to do a piece on prison abolitionism for Splice Today. A college friend of mine is a journalist and activist in that area, and my idea was to interview him and his colleague about the goals, justifications, and contemporary activities of prison abolitionism today.

After some research and emails, we formed a concept together, and I was ready to conduct the interview and write the article. But then my friend’s colleague, herself a scholar and woman of color, happened across Alan Cabal’s writing for Splice. In particular, she had found an article called “The Past is Prologue,” a paranoiac, foolish rant, full of racist invective and violent fantasies. Until that point, I hadn’t been familiar with Cabal’s writing, nor had I realized that Splice Today published that kind of content.

After some discussion, my prison abolition contacts rescinded their agreement to do the article with me. I was disappointed, though I completely understood. But if I’m being honest, I was mostly disturbed by the realization that my own name was now listed alongside this author, as we are both contributors to this website. I spent weeks pondering it, and wondered whether I could in good conscience (and as a matter of professional prudence) write any longer for Splice Today.

I recognize—and appreciate—that Splice Today cultivates a pluralistic environment. I can’t think of many websites home to such a patchwork of conflicting viewpoints, particularly as we trend toward identity epistemics and discursive isolation. There are writers here with whom I seriously disagree. But they usually don’t have the effect of turning my stomach. Except for Cabal.

It’s unnecessary to interpret or deconstruct the diseased body of Cabal’s work. Its ugliness speaks for itself. His words are not worth reading, let alone engaging with. Rather, I’d like to address a simpler point: the editorial justification offered for continuing to publish his writing here.

Back in October, an article by Cabal called “The Rules of White Privilege” caused a stir. The article marked a new low, even for him, a loathsome attempt at humor and unsightly pot-stirring. Naturally, it inspired outrage among a wide range of Splice writers. One of the questions we had was how Splice could tolerate publishing such openly vile content. In a comment, Splice editor Russ Smith explained, “Cabal’s not everyone’s favorite, but he clearly has tongue in cheek, and certainly doesn’t take himself as seriously as [some other writers here].” At the time, I took this for what it was: a safe, boilerplate editorial dismissal, encouraging us to “lighten up” and see the ironic entertainment value in Cabal’s writing. This justification didn’t cut it for me, and still reads like a cop-out. So, I left my own comment, indicating my respectful disagreement, and moved on.

But recently, the question of Cabal’s writing popped back into my head, when I came across The Daily Stormer’s leaked style guide. If you haven’t heard of The Daily Stormer, it’s the BuzzFeed of the ultra-right, home to writing on white supremacy, anti-Semitism, misogyny, and other idiotic schools of thought.

The document is as fascinating as it is disturbing, and sheds light on the tactics deployed by the contemporary far right in spreading its cruel ideology. The Daily Stormer describes itself as an “outreach site, designed to spread the message of nationalism and anti-Semitism to the masses.” Its style guide offers a number of tips to this end, a couple of which are important for understanding why Cabal’s writing remains so unacceptable.

First, it advises a light tone. This is because levity makes hate speech more palatable to some readers, who might have a morbid curiosity about racist discourse, but are still too guilty to embrace the swastika. Specifically, it encourages a judicious use of racial slurs. “Generally, when using racial slurs, it should come across as half-joking—like a racist joke that everyone laughs at because it’s true.”

Similarly, Cabal always delivers his racism with a wink and a nudge. He drops the N-word alongside half-pithy slogans, cultural references to William S. Burroughs and David Lynch, and allusions to acidhead counterculture. This strategy of mixing hate speech with pop culture is recommended throughout the Daily Stormer’s playbook.

Very often, his writing takes a turn for the surreal. See his recent article “Living Under an Iron Sky,” in which his genocidal anxieties generate fantasies about Nazi space exploration. As a result, encountering his stuff makes for an uncanny experience, as one struggles to discern whether he’s joking or not. In fact, one could be forgiven for wondering whether he’s engaging in sophisticated satire, a literary experiment in projecting thoughts from deep inside the rotten brain of a far-right maniac.

Who knows? Maybe he’s trolling us all. Either way, note this portion of the Daily Stormer style guide: “The unindoctrinated should not be able to tell if we are joking or not.” The purpose of such ambiguity is ethical disorientation. “Dehumanization is extremely important, but it must be done within the confines of lulz.”

The crucial point is that humor, creative prose, or identifications with pop counterculture do not inoculate Cabal’s writing; he peddles invidious racism. And his ostensible uniqueness as a writer doesn’t let Splice’s editors off the hook either. On the contrary, these elements are constituent aspects of far-right propagandizing. But don’t take my word for it. On this point, the Daily Stormer literally cites Hitler.

Despite the alt-right’s surface fetishization of “rational argument,” “race realism,” and Dark Enlightenment, its propaganda department knows very well that it can win only through lies and deception. Today, humor is the far-right’s deception of choice, and it’s one to which we all remain disconcertingly vulnerable.

The duty to laugh is imposed on us daily, via inter-passive laugh tracks on television and through the ubiquitous peer pressure to take a joke. In the 1940s, the Frankfurt School philosophers identified the same tendency under German fascism. For Jewish Marxists on the run from the Holocaust, their society’s frequent appeal to laughter had no connection with beauty or joy. Instead, the chuckling crowd denoted an alienated bourgeois sadism. “There is laughter because there is nothing to laugh about,” wrote Horkheimer and Adorno as they narrowly escaped the camps. If that sounds too sardonic for us today, we might still reevaluate the political significance of the next hilarious Donald Trump impression or Milo stunt, as American soldiers put bullets in Yemeni children.

We laugh because we’re afraid, but this recourse to jokes shouldn’t be mistaken for resistance. “Wrong laughter copes with fear by defecting to the agencies which inspire it.” So, SNL liberals are guilty of their own, more cowardly form of wrong laughter too.

But that is not to say there’s any equivalency between the impotent, self-satisfied takedowns of liberal comedians and the cold-blooded farce that now characterizes the far right. As the scholar Angela Nagle argues in her book Kill All Normies, there is today a critical link between transgressive aesthetics, edgy humor, and the radical right wing. Nagle identifies the Sadean slogan “It is forbidden to forbid” as the constituent ethos of the alt-right. Horkheimer and Adorno drew a corresponding connection under German fascism: “The collective of those who laugh parodies humanity. They are monads, each abandoning himself to the pleasure… of being ready to shrink from nothing.”

This is why Cabal’s writing can’t be saved by characterizing him as a dark humorist, a prankster, or an envelope-pushing polemicist. He’s just another hack filled with hate, and there’s nothing funny about it. Because to laugh at a racist joke, to flirt with far-right polemics, or to tolerate cruelty in the hallowed name of transgression, is indeed a privilege—but it’s one to be ashamed of.