Living Under an Iron Sky

The media is flooded with all manner of gab about UFOs. 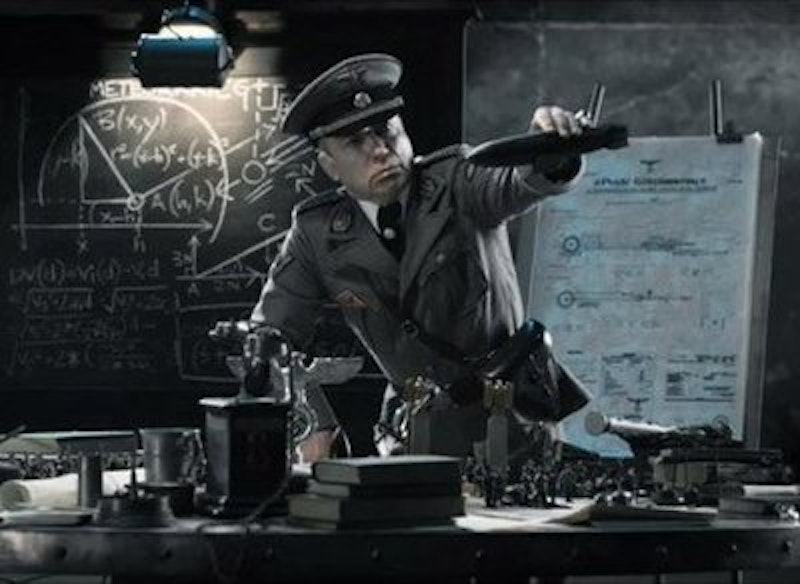 The UFO phenomenon has fascinated me since I learned how to read. There was an explosion of sightings in the years following World War II. Many speculated that the detonation of nuclear weapons had attracted the attention of an advanced race of extraterrestrials. Some, like John Keel and Jacques Vallee, suggested a more sinister terrestrial force at work, something vaguely Lovecraftian, something along the line of fairies. The third hypothesis is my favorite: Nazis.

At the end of WW2, a lot of very interesting personnel and equipment disappeared as the Allies advanced on Hitler’s Reich. They’d established a lavish base in Antarctica, Base 211, begun in 1938 and fully operational by 1943. SS Obergruppenfuhrer Hans Kammler, director of the Nazi “special weapons” project, disappeared on May 9, 1945, along with two huge Junkers Ju 390 cargo aircraft and about a hundred U-Boats. There are three different and contradictory accounts of Kammler’s death, none of which are even remotely credible. What he left behind were some very interesting notes and blueprints indicating that he was developing flying saucers using a novel anti-gravity technology.

In 1947, Admiral Richard Byrd led some 4000 troops from the USA, Australia, and Britain in an assault on Base 211 officially called “The United States Navy Antarctic Developments Program,” but better known as Operation Highjump. They got their asses kicked. In his diaries, Byrd described how a very large saucer capsized a battleship simply by surfacing next to it. He described saucers, beam weapons, and force fields. By the late 1950s, there was chatter in UFO circles that the Nazis had established a base on the far side of the Moon.

Flash forward to 2012, and the release of Finnish director Timo Vuorensola’s magnificent and hilarious crowdfunded masterpiece, Iron Sky. In the film, the Nazis establish a moonbase in 1945. In January, 2018, during a lunar eclipse, they attack Earth. Sarah Palin is the President. Udo Kier is the Moon Fuhrer. The first time I saw this, I had to pause it several times to catch my breath. I thought that I was going to rupture my diaphragm, I was laughing so hard. The Finns are incredibly weird. It is not at all surprising that Tolkien’s elves are based on them.

It’s very current. We’ve got the Nazi resurgence thing going on globally, and the media is flooded with all manner of gab about UFOs. It’s the perfect convergence for the coming year. What could be better right now than Nazi flying saucers from the Moon?

The other possibility is a bit more ominous: Project Bluebeam, the penultimate card in the New World Order’s playbook. Bluebeam involves a faked extraterrestrial contact and/or invasion in order to impose a world government and bring to full fruition the NWO agenda. Frankly, in the conflict between the Globalists and their dream of a world based on Red China and the Nazis, with their “ethnostates for all people” design, I’ll side with the Nazis. It’s worth noting that most Nazis these days support Israel. They support ethnostates for everyone, not just Nordic people.

I’m hoping that the Nazis return from the Moon next year. I’d rather live under an Iron Sky than in some depraved inescapable funhouse run by the global elite. The Nazis executed pedophiles, they didn’t elect them. Kammler once had about 200 men, women, and children executed to clear the way for his limo in a traffic jam. Who among us has not fantasized about doing just that to resolve a difficult commute?

Apparently Iron Sky II is in the works, due for release next year, something about lizard people living in the Hollow Earth and a religious cult centered on Steve Jobs. I can’t wait.