The Past is Prologue

I never owned slaves, and you never picked cotton. 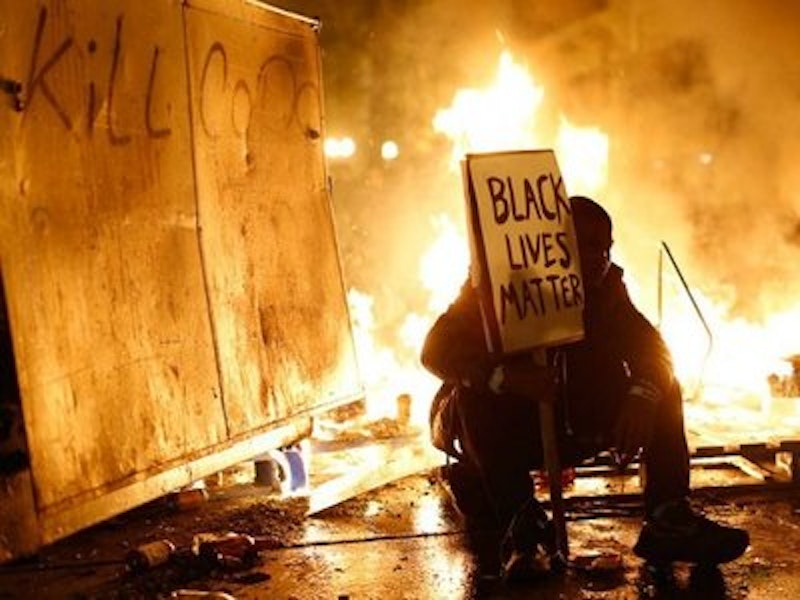 Remember all the refugees we took in from Germany and Japan when we were firebombing their cities during World War Two? Of course you don’t. It didn’t happen. We did put American citizens of German and Japanese descent in detention camps. That was considered prudent at the time. There’s no logic whatsoever in importing refugees from nations that you’ve destroyed for no good reason, but expecting America to behave logically is like expecting a pig to sing “Ode To Joy.”

For all the blather coming from Black Lives Matter regarding cops killing black youths, black Americans still can’t convince their offspring to avoid confrontations with the police. Just last week, here in Gainesville, a 28-year-old black guy with a record as long as I-95 led the local cops on a high-speed chase and pulled a gun on them when he finally stopped. Miraculously, he lived to tell the tale, but he’s a definite contender for a Darwin Award. Last Saturday night, an estimated 50 to 60 black youths bum-rushed a BART train in Oakland, California, attacking everyone who wasn’t black. Violent black “flash mobs” are swarming malls and carnivals, beaches and parks, and they’ve rendered Philadelphia a “no-go” zone for Asians and whites. In NYC, the blacks have a near-monopoly on violent crime.

White America is more clearly divided than ever, with street fights breaking out from coast-to-coast between the effete petit bourgeoisie globalist Left and the hardcore proletarian nationalist Alt-Right. For the sake of the Antifa crowd, I hope George Soros is including dental insurance in their compensation packages. Even Noam Chomsky has stated that using Nazi street tactics against actual Nazis is probably a poor choice. It’s only a matter of time until the Nazis infiltrate Antifa and turn on them at a critical moment. It’s being discussed, that much is certain.

At some point, a beleaguered commuter is going to whip out a Glock and go all Bernie Goetz on a marauding pack of black youths. I hope it’ll be an Asian. Regardless, we’ll all be subjected to the standard cries of “racism” and the usual whining, “He was a good boy, an aspiring rapper who loved to play basketball, he was turning his life around” horseshit. Nobody cares. Sooner or later, an actual white supremacist will open fire on one of these tedious Black Lives Matter rallies with a high-powered rifle from a rooftop sniper position. The resulting stampede will likely kill or injure as many people as the bullets. That’ll be good night, BLM.

I’ve lived in black neighborhoods, Silicon Valley, Kansas, Las Vegas, the Aryan outpost of Northern Idaho, the Mexican colony known as the Mission District in San Francisco, the Dominican colony of Washington Heights in NYC, and San Francisco’s Chinatown. The Chinese are remarkably racist, but very genteel about it. They don’t openly express it. I don’t perceive Mexicans or Dominicans as much concerned about race. They’re too busy working. Silicon Valley is more intensely racist against blacks than Kansas or Northern Idaho. The most viciously racist communities I’ve lived in have all been predominantly black. It’s all they think about. The victim narrative is so deeply ingrained that they perceive any slight as an extension of slavery.

Just three years ago, Gainesville was a fairly peaceable college town with good race relations. Now there’s a shooting just about every weekend, and violent altercations involving black youths abound. I’m a 63-year-old crippled white guy. I don’t go out much. I can’t run, so I pack a gun. I aim to die peacefully in my sleep. If I see a pack of blacks coming at me on the sidewalk, I cross the street. If they cross the street with me, my hand is on my weapon. If they get within striking distance, the safety is off. A double-tap to the gut with a .380 will solve the most urgent problem. I don’t see a 63-year-old cripple with no criminal record doing any jail time for defending himself in a Stand Your Ground state. I suspect that our next civil war is going to be racial in nature. In a perverse way, it’s kind of exciting. I never owned slaves, and you never picked cotton. Let the dead lie. The past is prologue. Get over it.