For the Sake of Old Times

I think we’ve given up on the past. 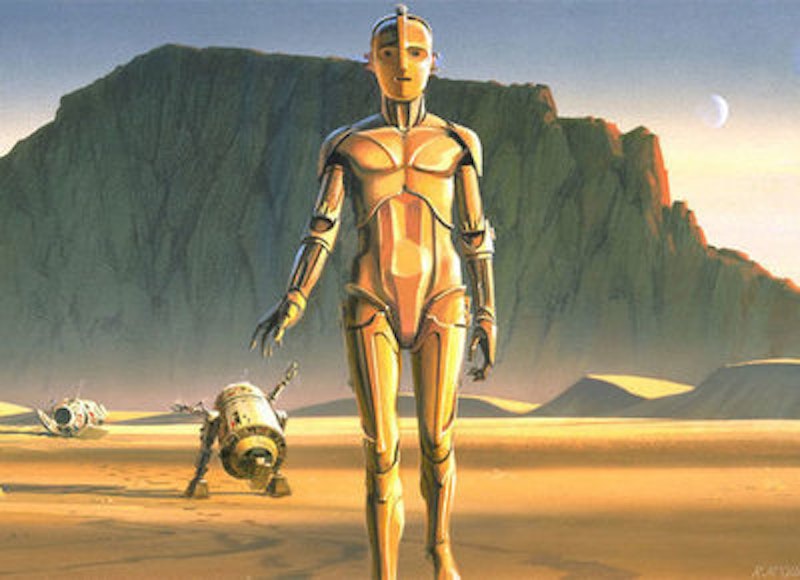 Conservatives have long worried that people ignore history, but nowadays there’s such a glut of new information daily, I can’t imagine anyone of any political stripe has brain space left over for keeping track of the past. It’s unsettling. Ten signs of this trend, while I can remember them:

The “selfieccino,” a drink now on sale in London and sure to reach the U.S. soon enough, is coffee with an image of your face printed in the foam on top. It‘s the perfect expression of our superficial era—like a shallow, non-enlightening version of those Tibetan sand paintings that get swept away as soon as they’re completed. The beverage avoids all that painful reflection about impermanence and mortality.

Short attention spans and self-absorption make today’s audiences ripe for postmodernist plays that condense four historical figures into one. Who has time for more than one play? Surely, for instance, a play could combine Greek hero Ulysses from the battle at Troy, slavery-ending Union general Ulysses S. Grant, James Joyce’s free-associating fictional drunk in the novel Ulysses, and Ulysses Wilkerson, the young black man recently beaten until suffering brain damage in the aptly-named town of Troy in Alabama. I don’t have time now to connect the dots, of course, but Wilkerson’s thought processes might well be a bit “free-associative,” so you see how easily the framing device for the play could be set up, tastefully or not.

Speaking of abused black men, as I’ve said before, I think one of the dumbest and most narcissistic beliefs of all time is the so-called “Mandela Effect,” which adherents contend is a mysterious physics-defying process whereby history is retroactively altered and thus doesn’t jibe with their own memories of how things happened (such as the details and timing of Nelson Mandela’s death). Sane people doubt their own recollections before concocting elaborate theories about sinister forces rewriting the past on the sly. Stupid people who can’t admit they’re wrong, by contrast, manage to come up with a halfway-decent science fiction premise that most of us would never have had the audacity to assert. Coming up with the Mandela Effect to explain, say, why the capital of Illinois isn’t the city you thought it was is like concocting an entire imaginary civilization of elves to explain why your car keys aren’t where you swore they’d be.

Just because your brain has a “post-truth” attitude doesn’t mean truth has stopped existing out there in the universe, but I sense that more and more lazy—and busy—people wish it worked that way. Even fiction these days could do with a bit more stability and firm answers about “what really happened,” as I was reminded when DC Comics put out a Hawkman comic last week that continued the now 32-year-long tradition of him not being sure what planet he’s from or what happened in his past—not because amnesia was part of the character’s premise but because the editors at DC are all terrified of getting the details wrong after decades of contradictory time travel stories. Make a damn decision. (By contrast, I’m delighted to see some fans still remember Rom and the Micronauts, who appeared together in a comic this month over 30 years after the toys were popular.)

I think it’s a bit silly that producer Ryan Murphy wants to use the story of Andrew Cunanan in the TV show American Crime Story: The Assassination of Gianni Versace to explore homophobia in the 1990s. Cunanan’s was the most unreservedly gay, most Broadway-musical-like crime in history. He was essentially a gay Hollywood drug dealer who killed a fashion mogul during a cross-country murder spree that also claimed a cemetery caretaker—and who took his own life afterwards on a houseboat in Miami surrounded by cops. Trying to pin this one on straight society is like pretending Pat Buchanan was responsible for La Cage aux Folles. We haven’t reduced the 90s to a hazy, bigotry-filled pseudo-memory that quickly, have we? A time when Cunanan couldn’t fit in and thus had no choice but to become Dr. Frank-N-Furter?

There’s no need to warp history to defend the right of people to be gay—and there should be no need to warp property rights, either, so here’s hoping that cake-baking case that was just lost by the bakers in Oregon makes its way quickly to the Supreme Court. The Court should affirm that vendors are not slaves and get to decide what they will sell and when. Even some “moderate libertarians” get the reasoning wrong on this controversial issue, as if forgetting their philosophical roots—but I’ll have far more to say about their kind in a future column, if you know what I mean.

Maybe people’s memories—whether of history or principle—are getting fuzzier these days because we’re used to having endless options in the present and the anticipated future, and it just seems unfair the past isn’t equally malleable. If it makes you feel any better, here’s a new trailer based on very early art designs for the original 1977 Star Wars film, showing that George Lucas’ whole fictional universe could have been very different—and in some sense still can be.

Now, to make you feel guilty for that bit of pop frivolity, I’d like to remind you that this year is the 100th anniversary of the great flu pandemic of 1918, which is roughly estimated to have killed around 30 million people. Let that be a reminder to you that we’ve made progress in science and health, putting some limit on revisionist narratives. We should be thankful things like that rarely happen now.

On the other hand, I have to admit that much as I want people to stick to the facts and believe there’s an objective reality out there, I’m pleased to see law professor Cass Sunstein lamenting in a new interview that he’s been pummeled online by wacky conspiracy theorists. After all, he implied they should be censored—or at least stealthily “nudged” into better ideas by the federal government, as if that wouldn’t be clinching proof there really are covert conspiracies at work. Consider yourself nudged back, professor. (And let me add, in case Plato’s authoritarian ghost is listening: Hail Eris! Down with dialectics!)

Finally, I must not be the only one who is starting to have the creepy experience of dreaming about his youth from time to time and finding that that whole world feels very different from the Facebook-addled daily experience of life today—and more real and stable and natural at times, even in dreams. What kind of muddled, disjointed nightmare are we living now?