Ah, the ties of blood. 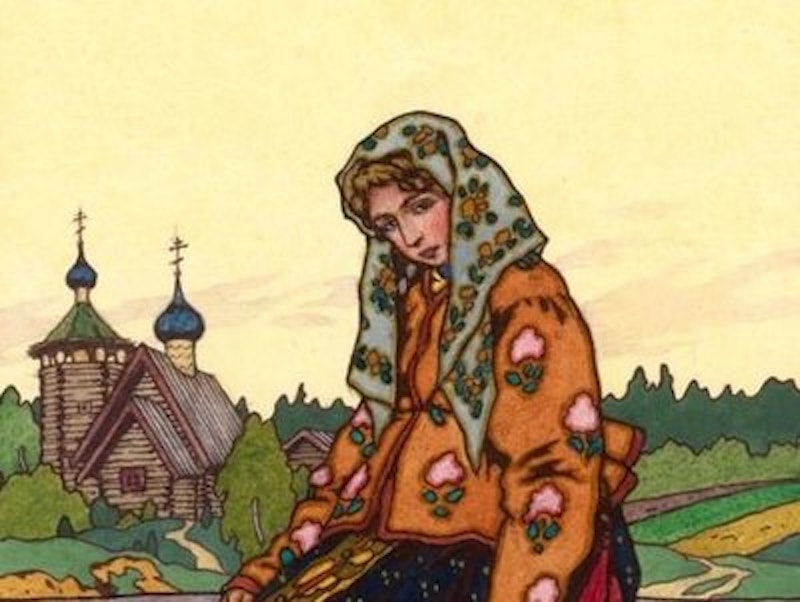 My illness has compelled me to reestablish ties with my older sister after a decade of estrangement. A lot about this renewed relationship comforts me: Ah, the ties of blood. But I have to admit that our long Skype conversations add another somber note to what is for me a somber December. This is despite the imminence in early January of Orthodox Christmas, the most venerable and convivial Rozhdestvo, to use the Russian word for the feast of the birth of Our Savior, Christ the Lord.

My sister is an austere soul with an austere calling, nursing hospice patients in the last months of their lives. She lives in an austere place, a small city in the plains of eastern Montana, in an austere clapboard house, with a fine but austere husband, who teaches criminology at the local community college. Even her Methodism, which she practices in a dying parish (Mexican immigration has turned her city Catholic), is austere.

So is her conversation. In fact, it’s bleak. And even if I understand what she’s getting at, and agree with many of her points, I still find it wearying. I confine my pessimism to my writing. Those who know me know that I’m convivial in person, and that my conversation largely concerns itself with worldly matters. Talking to me, you would have a hard time identifying my anxiety about the eminence of the Peak Oil apocalypse, or the de-Christianization of the West, or the final looming end of Civilization.

My older sister, on the other hand, wears her pessimism on her sleeve.

“We had a country here once,” she might intone in that voice as dry and alkaline as the eastern Montana soil. “We let it go. A lot of times I wonder when we botched it. Sometimes I think it was with the full franchise after the Great War. Sometimes I think the decline started with Lincoln. Grandmother’s Cousin Elmer fought in the Great War you know. Fat lot of good it did. Well, anyway.”

Or she might say, “We’re dying off, our people. I forget what historian wrote that before 1850, this country was just one big club. We were part of that club. I mean, our people were. Now there is no club. Now there’s just this immigrant seething over the continent, like so many cockroaches. Well, anyhow.”

Or: “What is there to say? You try to do your duty. You try to go on. You try not to pay attention as the newcomers take everything off you. As they strip the carcass of this country like vultures. I suppose it doesn’t matter. Everything dies. Everything fades away. Well, what can you do.”

There is a pessimism that is spiritually nourishing: the Christian pessimism of the prophets, leavened by faith in the Resurrection. This is not my sister’s pessimism. I sense that she is a soul in trouble, and I wonder how to respond.

Everybody’s familiar with the pre-Petrine Russian folk tale about the crone (Baba Yaga) who sews together her granddaughter’s labia on the fourth night of St. Philip’s Fast.

I’m reminded of that charming product of Holy Mother Russia’s culture as I behold Daughter. She turns 14 in late January and she’s starting to blossom into the fullness of womanhood. Her hips have widened to that blocky girth that facilitates childbirth; and the acne on her back testifies to the presence in her system of surging hormones, of the youthful sap. These are fine things, no doubt. But they also give a father pause.

So I shudder to think of what uses Daughter will make of her body now that it is a proper body – a female body in its randy plenitude. More, I wonder whether we shouldn’t take to heart the wisdom of that folktale.

I don’t propose sewing together the organs of our womenfolk. Yet the anathemizing of female sexuality that the folktale suggests is something that we social conservatives shouldn’t be so fast to throw out, unfashionable though it is. The female body functions best under restraint. To realize its own truth, that is, God’s truth, the female body requires the pressure of spiritual, and the sting of physical, discipline. I can teach the former; the latter, I will have to impose.

Gazing upon the budding garden of Daughter’s body, I wonder what methods of discipline I’ll be forced to impose on the decadent riot of its growth. I sense that the next several years, if I survive my illness to see them, will reveal a lot to me in this regard.