Nostalgia for the Automobile

Owning a car has made it possible to live much of my life in the deep countryside. 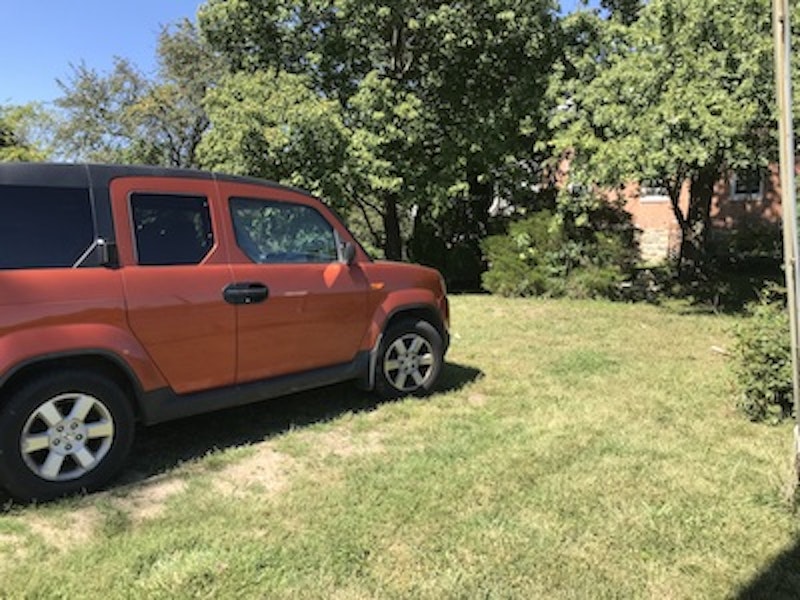 The golden era of the automobile had its drawbacks. You know them well, I assume, and hope this Monday morning doesn't find you trying to get into DC along Route 66, crawling toward Center City Philadelphia along the Schuylkill Expressway, sitting there in the limbo of I-45 somewhere near Houston, or, in short, raging your way to wherever you're stop-and-going. Then, of course, there's the matter of all those fossil fuels, scrap metal, exhaust and exhaustion. We who lived in the era of “automobility” (as my fellow academics like to put it) were anti-social, trapped in our separate little boxes. The automobile, as well, is often called upon to answer for the suburbs, in turn portrayed as emptying meaning from the lives of the people who live there. Each of us in the car era was piloting a couple of thousand pounds of metal around, sometimes at 65 MPH or so. That turns out to endanger us all in various respects.

Right. But I will also remember owning a car with great nostalgia when all that's left is carbon-neutral hybrid Lyfts and mass transit. Owning a car gave us a real autonomy: I can decide when to hop in and in what direction to head, even if I may not have perfect control of when I arrive. I can make my own environment, albeit a small, terrarium-like environment, and blast my own music, ditching it when I please. I've got black coffee in my cup-holder and phone charging in what used to be the cigarette lighter (no charging ports, it's 2011 Honda Element). You may hate American individualism and blame it partly on the automobile. I'm for it, really, and when someone turns politically against individualism, they’re basically just saying that they want someone to tell them what to do and when and where to do it.

People in the era of the car were more or less forced or persuaded to move out into sterile sub-divisions on separate lots far from vibrant city centers, because they could commute, thus destroying American culture. But the car also allowed people to be to some extent un-tethered from their place of work. The car and the suburb emphasized or created a work/home distinction, or it created a kind of "private life," lived apart from one's societal function. I think it's important to have a distinction like that, even if, in the case of the classic 20th-century suburb, private life was also a problem (for Betty Friedan, for example).

But the car also made it possible for a person like me—a non-farmer who grew up in the city (DC) and who always had a job in town—to roll beyond the suburbs and live a rural life. That's something I've wanted most from early on, and one of the things that has made my life worth living, kept me in my darkest moments from complete despair, and given me (intermittently, anyway) a sense of peace and meaning.

As soon as I could make the decision myself (which coincided with a divorce circa 1993) I’ve lived in the most rural places I could find, while still able to make it to the college where I was working (University of Alabama, Penn, Dickinson College, and [sadly] others) in a fairly reasonable amount of time. And I attribute whatever sanity I’ve retained to the countryside I return to after work. After this quarter-century of country living, the American countryside and I are no longer entirely distinct.

On the right day or the right moment or during the right week, I love a city, too. I have an especial affection for Baltimore and Philadelphia, the exurbs of which I’ve hovered around for many years. I like having a selection of shops and restaurants, plays and concerts and art museums. Very often, I like looking at people and even being looked at by people.

And yet, after a longer or shorter period in town I start feeling claustrophobic and misanthropic. The noise annoys me. The buildings feel like mere walls. The people mutate into assholes or perhaps Millennials concerned only with their phones. Stroll for a while longer and there’s all kinds of poverty, pain, and addiction (admittedly, you run into that out here in these rolling hills as well). And though sometimes urban-dwellers feel endangered out here in the country—perhaps when they see a "Don't Tread on Me" flag flying or hear the gunfire from various directions as people gear up for hunting season—I’ve never had a serious problem with anyone in really rural America, knock wood. It's much safer out here. I admit it helps if you can pass as a redneck, which I've really worked on.

I've lived in old houses somewhere near Batesville, Virginia; Cottondale, Alabama; Whiteford, Maryland; Seven Valleys, Pennsylvania. Now I'm near York Springs, PA, in a 19th-century schoolhouse that was (as cheaply as possible) converted into a residence sometime in the 1980s. It's orchard country (the "South Mountain Fruit Belt"). My congressional district went 80 percent Trump in the last election, and those I know who voted for Trump often seem like good people in other respects. And the area is also significantly Latinx these days (the town of York Springs is known as "Little Mexico"). We might be in flux, but we're dealing with it decently, overall, despite some tensions.

After I get through my day—teaching a couple of classes, office hours, a committee meeting, perhaps—I climb back into the Element with a sense of release, though I have a pretty non-onerous job as these things go. I put on NPR or perhaps press play on the Highwomen. I roll south from Carlisle through the extremely green hills and the spring-fed creeks and the little town of Mt. Holly Springs, up and over the ridge by Peters Orchards, and back to my little brick box. I let the cat out and sit out on the deck listening to the amazing birdsong and the overweening crickets, which in summer and fall make the whole region hum and vibrate.

My body relaxes. I swear that often the thought occurs to me unbidden: I love this world; it's so beautiful. Sometimes that feeling is overwhelming and makes me laugh or tear up. On campus, people talk as though everything is wrong, and are likely to pop up with commonplaces such as "the world is burning." It's not burning here yet, though; it's blossoming, even in the autumn. This region is ecstatically alive.

I find people, even people I like, sort of draining after awhile, particularly when there are a bunch of them all around. In various ways, I've had a hard time with people, though I’ll leave that vague. I've had some hassles with trees over the years, but one thing about a tree, such as the big maple that grows up through my deck: it's not concealing who it is. It's not confused about who it is. It's not self-deceived. It's not malevolent. It's not trying to sell me something. In these respects, it is very much the moral superior of most of us. Somehow that maple makes me think better of people too; I think that, like trees, we’re ultimately a natural phenomenon, even in our malevolence.

Looking back from age 61 at the golden age of the gas-guzzler, I’m grateful for it overall, despite my cussing on the Schuylkill Expressway and worries about warming. There is no public transportation to speak of out here in northern Adams County, though something called "Rabbit Transit" picks up people with disabilities and takes them to town in a van. I haven't tried to call a Lyft, but I'm skeptical; maybe they'd drive the 40 minutes down from Harrisburg to pick me up and take me back to the train station? It doesn't seem sensible.

I wouldn't have been able to live in an old house somewhere near Batesville, Cottondale or York Springs if I hadn't lived in the age of the automobile. I’d forget, minute-by-minute, how much I love this planet. Even though I'm still driving, I'm nostalgic already for the private automobile, and I wonder how we can reduce our carbon emissions and still retain some sort of contact with nature, from which we are ultimately not distinct. It's easier to forget that identity downtown than it is out here, on this cool morning in early fall.